Alexei Lyapunov and Lena Ehrlich are the two members of People Too, an illustrative team from Novosibirsk, Russia that draws elaborate scenes on pieces of sheet music. The colorful works capture both pastoral and urban landscapes, detailing vignettes of people fishing, dancing, and commuting. Musical notations from the songs are often incorporated into the illustrations—notes becoming steps, hills, or trunks of trees.

You can purchase the pair’s altered sheet music on Society6, as well as see a greater breadth of their illustrative portfolio on Behance. (via Lustik) 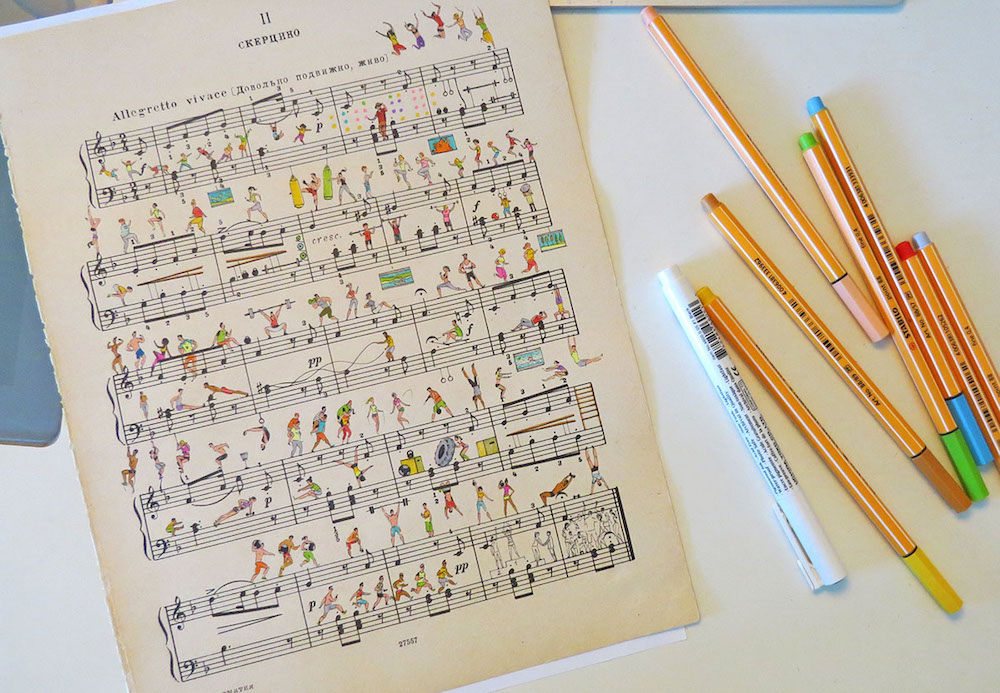 Bach: The Well Tempered Clavier for Sinfini Music from Alan Warburton on Vimeo.

This exceedingly clever animation by artist Alan Warburton transforms two compositions from J.S. Bach’s The Well Tempered Clavier (Prelude and Fugue in C Major) into a visual interpretation of music. Warburton used a form of graphical notation manifested as thousands of fluorescent light bulbs mounted around a gallery space and parking garage. As each light pops on in sync with the music, the bulb shape correlates with with length and pitch of each note.

You can learn more about how Warburton and a team of programmers and sound designers created the piece over on Sinfini Music who commissioned the piece. Music performed by Pierre-Laurent Aimard.