Another dizzying video by Páraic Mc Gloughlin (previously) pairs shots of architecture and infrastructure with electronic music. Mc Gloughlin’s latest work is for the band Weval’s track “Someday,” and features the filmmaker’s signature fusion of geometric shapes found in historical domes, skyscraper facades, and farmland irrigation systems. The tightly edited video shows quickly-passing frames that shift in time with the music, visually quaking or smoothly transitioning depending on the percussive and melodic elements of the song. Macro shots of escalator stairs and grates are interspersed with far-away aerial views of landscapes and forests, for a fast-paced tour of the patterns around us, hidden in plain sight. You can see more from Mc Gloughlin on Vimeo and Instagram.

Over 1,400 Hand-Painted and Drawn Frames Create a Maze of Emotion in a New Music Video for Mitski

For the recent music video for American singer Mitski, designers and animators Saad Moosajee and Danaé Gosset teamed up with creative studio Art Camp to create an animation from 1,480 hand-painted and drawn frames. Pearl follows a single character as she free-falls through a series of scenes, crashing through an ocean to finally land in the same environment where the music video started. 3D renderings merge with traditional mediums such as charcoal, paint, dry pastel, oil pastel, ink, and colored pencils. The result is a swirling and chaotic world that consumes the main character in a wave of adrenaline-pumping emotion. You can see the full video for Pearl below. (via Vimeo Staff Picks) 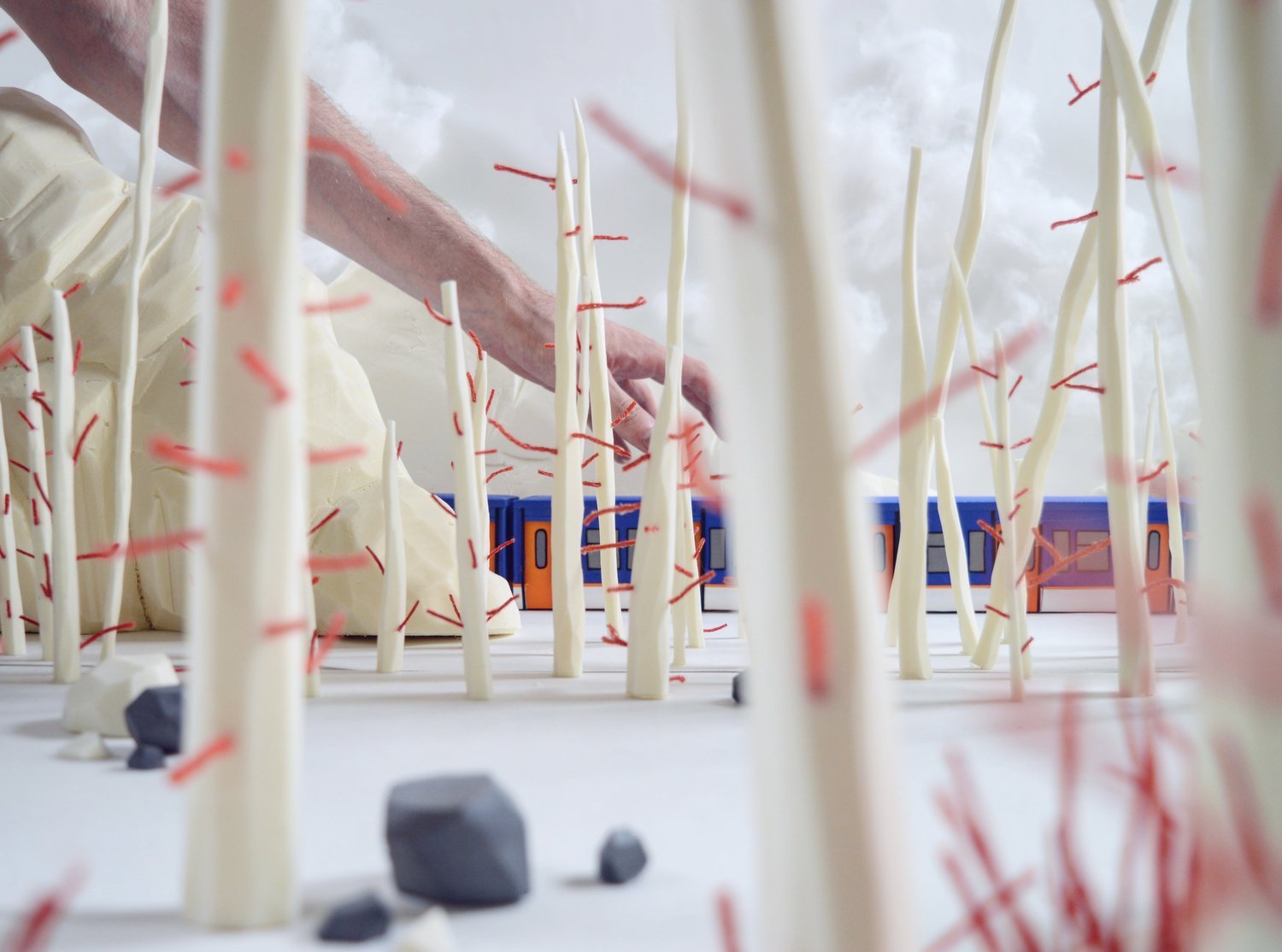 In a new music video for the musician and DJ Max Cooper (previously), Páraic Mc Gloughlin (previously) turns a single viewpoint over an anonymous highway into a nearly five-minute-long psychedelic collage. The Irish film director was tasked with “visualizing the Platonic realm of form underlying reality,” writes Cooper in a statement about the video. To do so Mc Gloughlin situated himself on a bridge in Sligo, Ireland for 19 hours, to create a single, day-long shot that he then manipulated. The final result is a dizzying mashup of visual effects. Grids, spirals, and pixels  composed of the original video footage flash and swirl across the screen, showing the viewer snapshots of the sky, highway, and grassy hills.

“Aesthetically I love the mix of abstraction and realism and this was a great place for me to explore this,” Mc Gloughlin shares. “Using a fundamental image (a time lapse) to mask and cut into, I tried to show the variable possibilities within a limited time span, maintaining the integrity of each individual photograph while dissecting and rearranging the overall image.” The visual content was matched with each layer of audio created by Cooper to form the song, which stacks up to over one hundred layers. You can watch more videos from Mc Gloughlin on Vimeo and Instagram, and discover Cooper’s music on his website and SoundCloud. (via Vimeo Staff Picks)