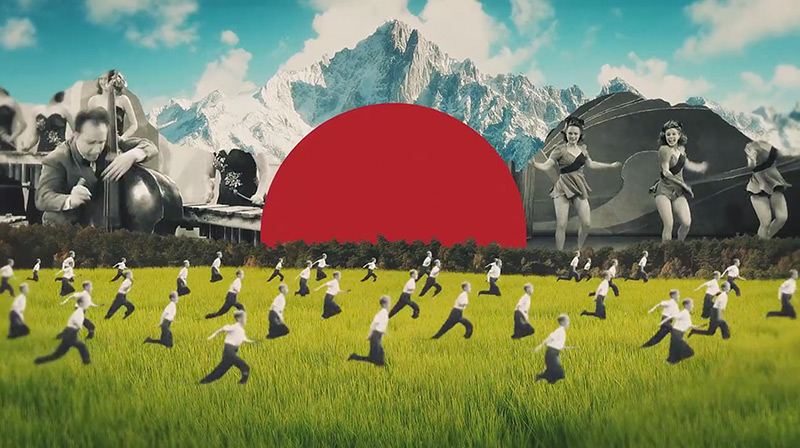 A few months ago we featured a number of collages by artist Joseba Elorza (previously) who merges stock historical footage, photography, science fiction, and humor to create surreal worlds that are both strange and nostalgic. Now we get to see his collages in motion. Dallas-based band Air Review commissioned Elorza to make this beautiful music video for their track Young.