Billowing clouds of smoke burst upon rugged mountainous terrains, deserted architecture, and blossoming fields. These vibrant, ethereal sceneries are captured by French photographers Isabelle Chapuis and Alexis Pichot and are part of their Blossom project. The duo’s smokey clouds emerge from beautiful landscapes and desolate buildings alike, transforming both natural and abandoned scenes into enchanted spaces of sorcery and wonder.

Chapuis and Pichot’s collaborative project is a celebration of the beauty of natural forms, of what nature grows into without humankind’s influence. Each cloud is created by adding colored pigments to smoke including pastel pinks, vivid blues, dark greens, and creamy yellows. The duo captures the resulting colorful scene scene with a Nikon D810 camera.

The project is set in various parts of the globe including the US, Morocco, Turkey, and Norway, each of which has unique natural topography. The clouds take different forms depending on the landscape. In one photo a mustard yellow cloud resembles volcanic smoke, yet in another, a cloud looks like an peach-hued spiritual form haunting an old industrial site.

With ‘Blossom’, the artists share with Colossal that they seek to illustrate a visual manifestation of humanity’s creative impulse, and to raise awareness on the interventions of mankind in territory. “If people are absent from these photographs, their imprint is suggested among these wild natural or abandoned landscapes,” states Chapuis. 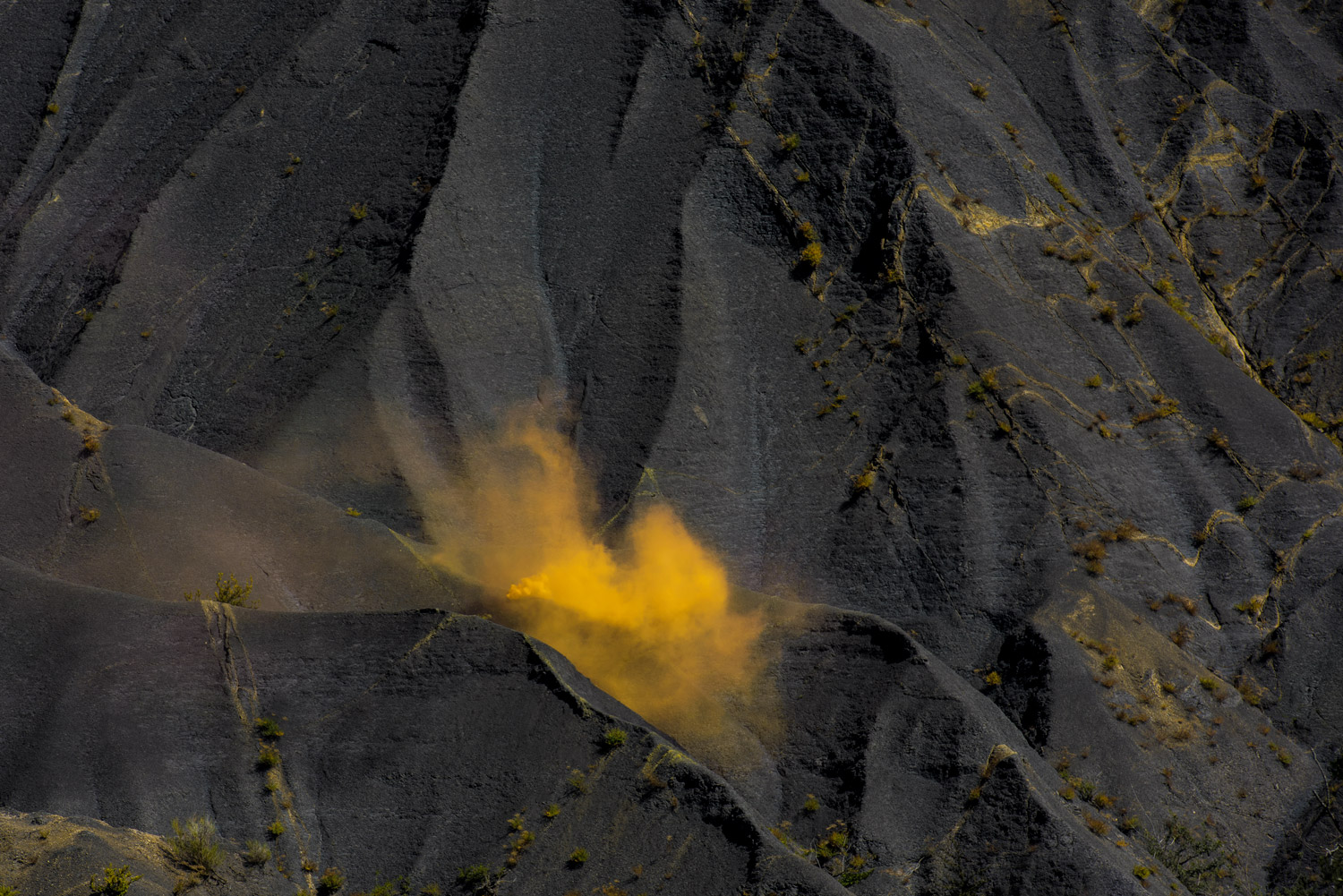