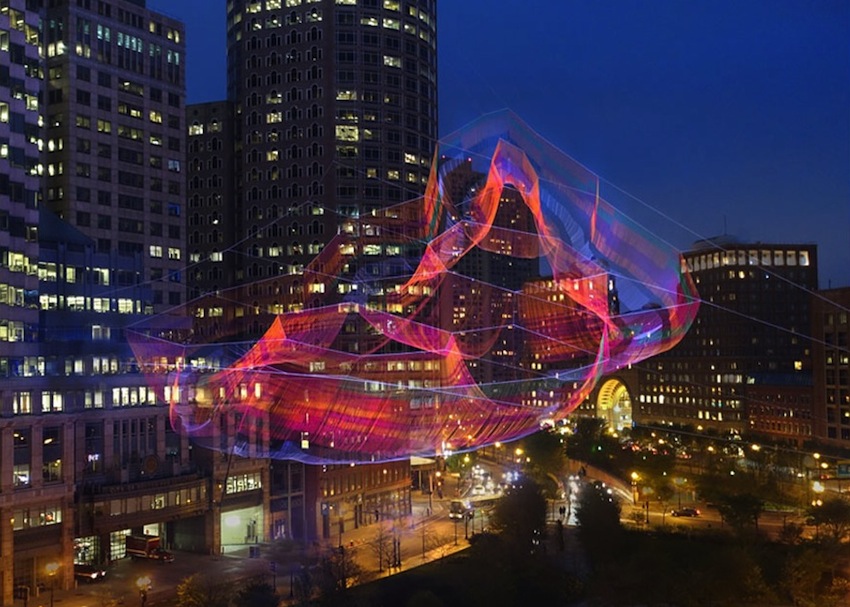 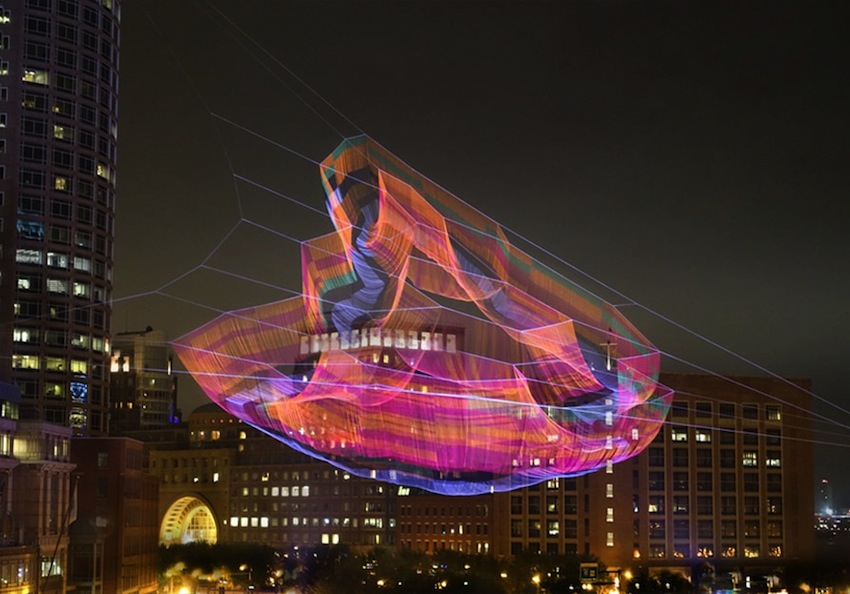 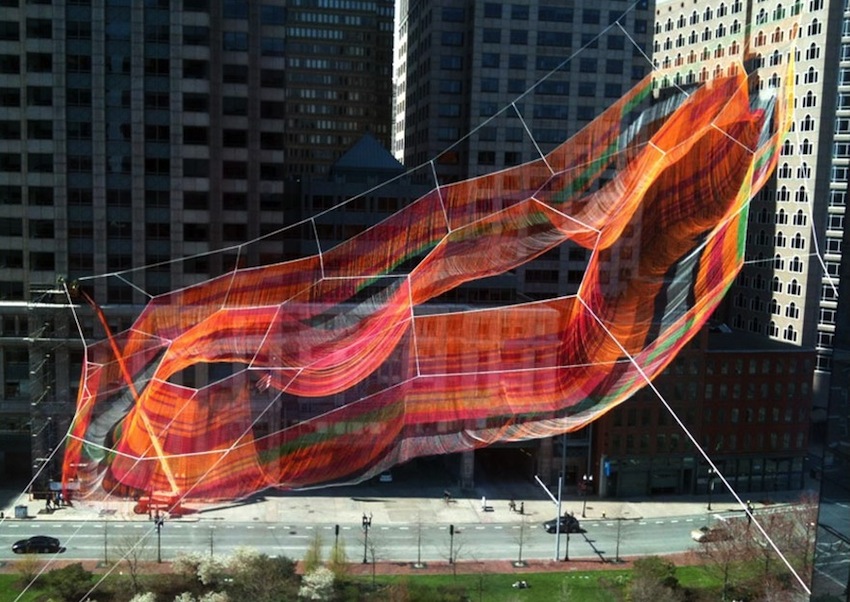 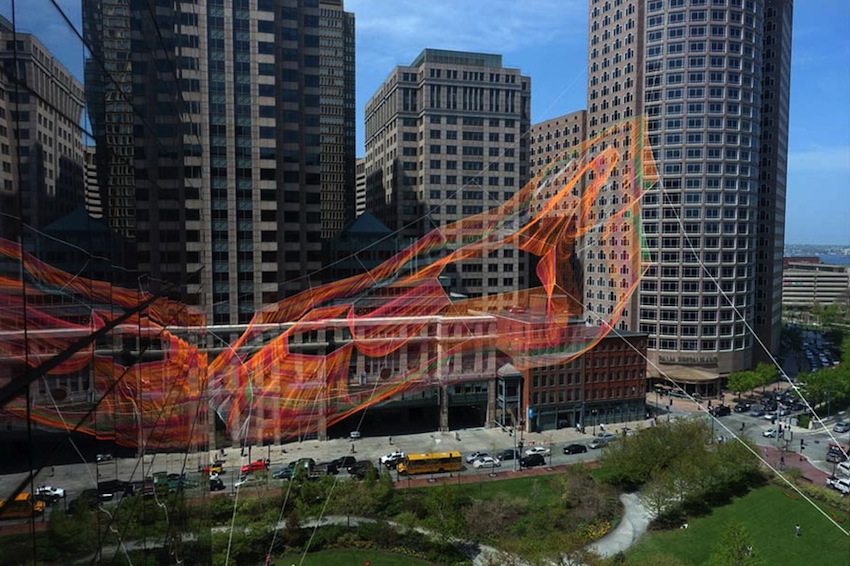 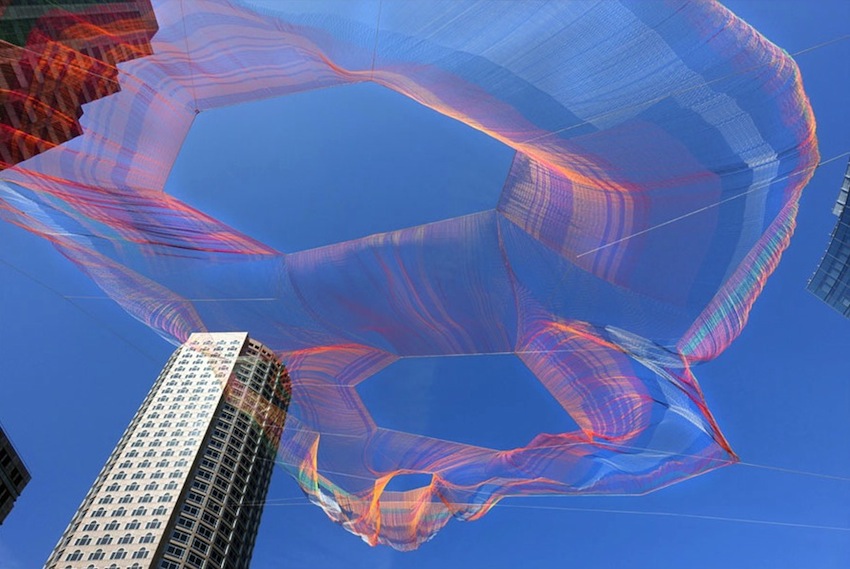 In the late 1990s artist Janet Echelman traveled to India as a Fulbright Scholar with the intention of giving painting exhibitions around the country. She shipped her painting supplies ahead of time and landed in the fishing village of Mahabalipuram to begin her exhibitions with one major hitch: the painting supplies never arrived. While walking through the village Echelman was struck by the quality and variety of nets used by the local fisherman and questioned what it might look like if such nets were hung and illuminated in the air. Could it be a new approach to sculpture? A new chapter in her artist career was born, and the artist has since dedicated her time and energy to creating these massive net sculptures in locations around the world.

Echelman is currently embarking on her largest piece ever, a 700-foot-long sculpture that will be suspended over Vancouver next month in conjunction with the 30th anniversary of the TED Conference. In collaboration with the Burrard Arts Foundation, she’s currently seeking funding via Kickstarter to make it happen. There’s all kinds of great prints, postcards, and shirts available so check it out.