For the last few months New Yorkers have been treated to an unexpected sight during their daily commutes as random trash cans around the city have been converted into overflowing bouquets of colorful flowers. The temporary installations dubbed “Flower Flashes” are the idea of floral designer Lewis Miller Design who utilize a mixture of post-event flowers and fresh stock to create the displays on street corners or around statues, reminding us somewhat of Geoffroy Mottart’s installations in Brussels. You can see more of Lewis Miller’s work on Instagram. (via This Isn’t Happiness) 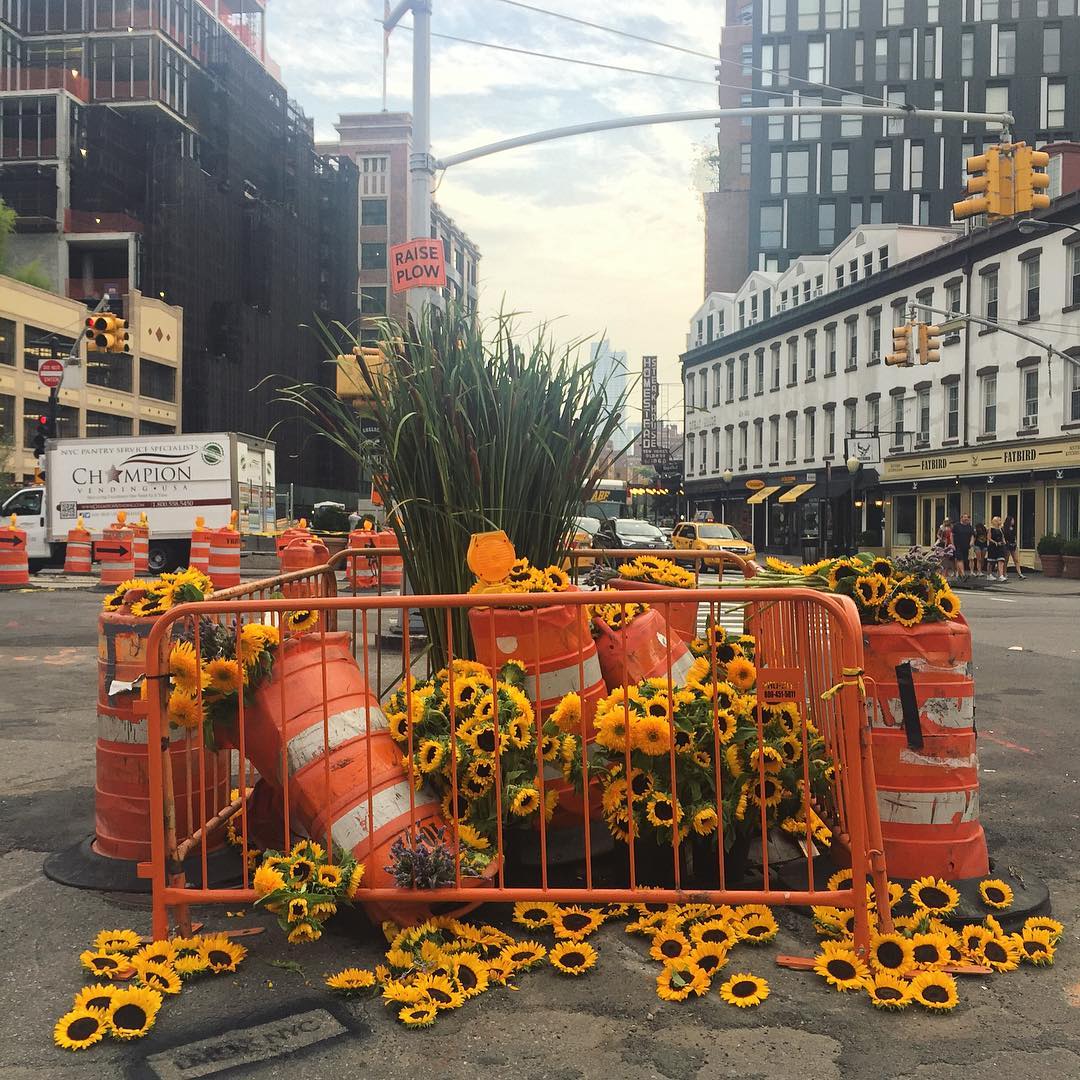 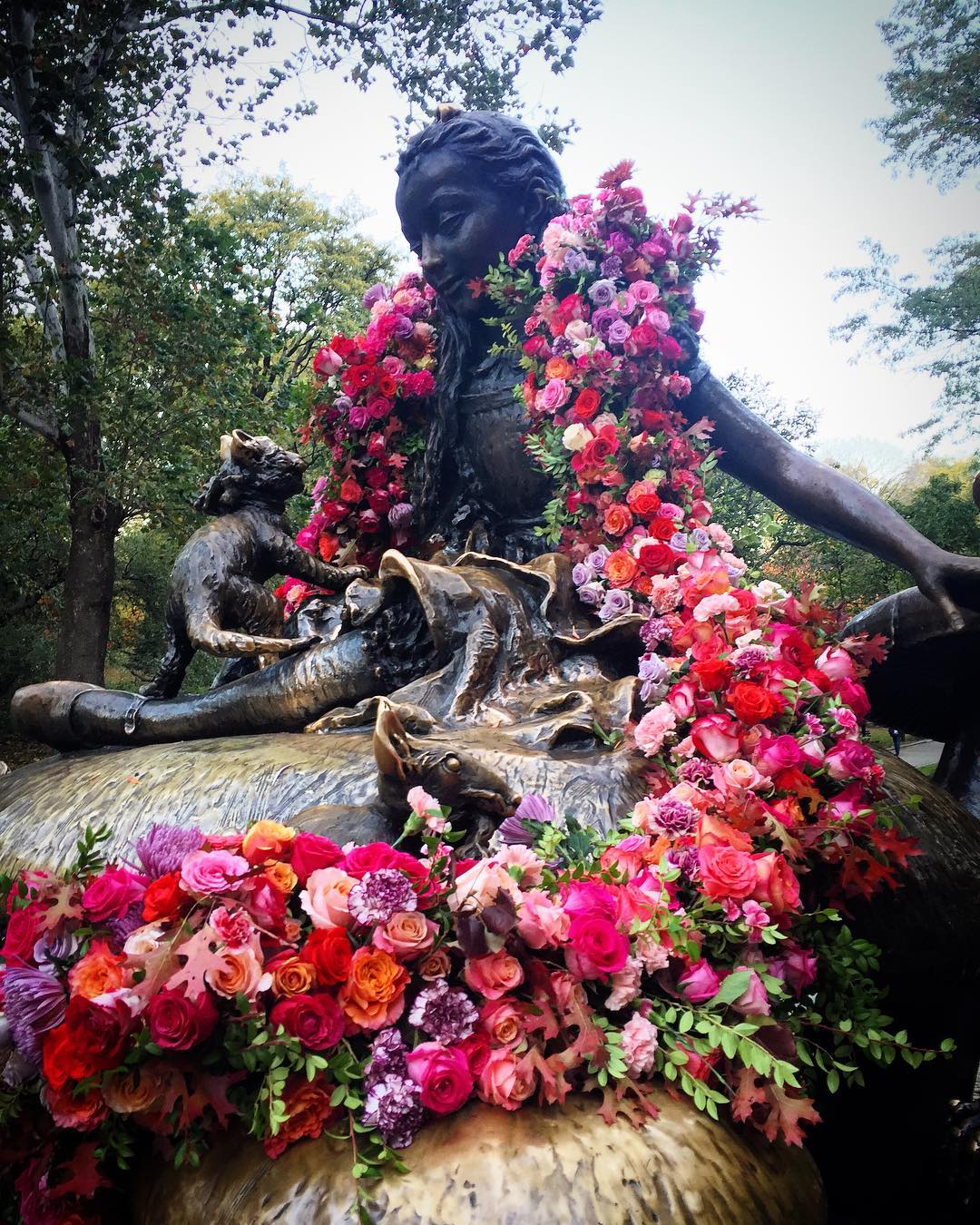 Designer J.R. Schmidt has a great isometric rendering of New York City as built with LEGO bricks which is available in a number of print sizes. You can see more of his data-driven art, illustration, and motion graphic work over on Behance. (via Kottke) 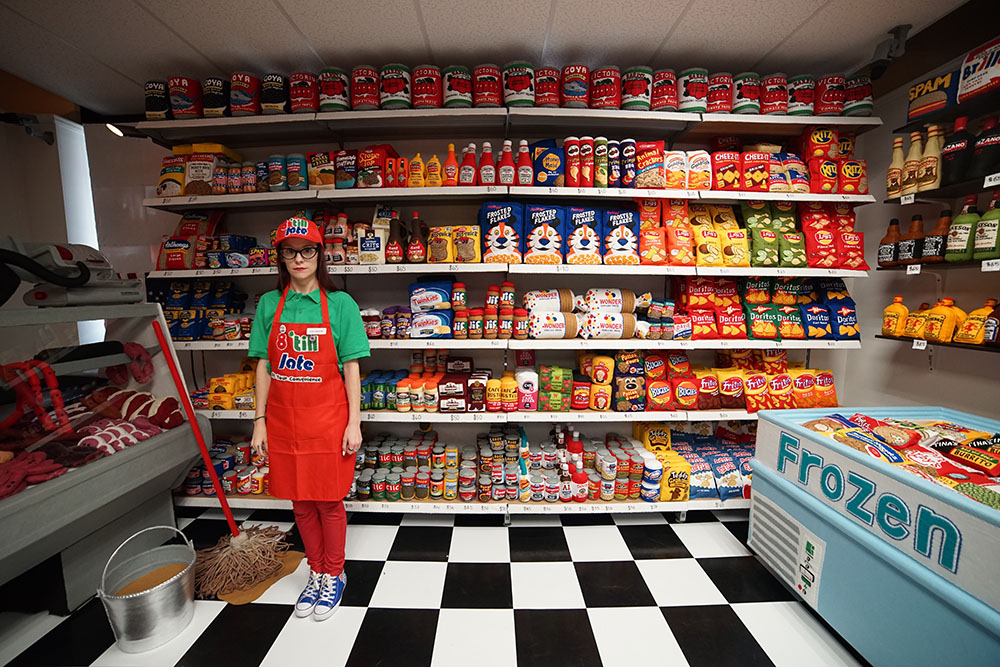 If you have a late-night hankering for some felty gefilte fish or a bottle of fermented fabric, be sure to stop by 8 ‘Til Late, the newest temporary installation by British artist Lucy Sparrow known for her felt recreations of everyday objects. Located in Manhattan at The Standard, High Line, the bodega is filled from floor to ceiling with thousands of objects you might find at a typical corner store from breakfast cereals, a deli counter brimming with meats, frozen foods, and spirits—all made from felt and a bit of paint. And just like a real store, every last thing is for sale.

Over the last few years Sparrow has exhibited her felt objects in galleries and art fairs around the world including Art Basel, Scope Miami, and the New York Affordable Art Fair. 8 ‘Til Late is a companion piece to her 2014 installation in London titled The Corner Shop with a similar concept but with Eurocentric products. We have word that lines stretched around the block the last few days and every object in the store has since sold. While originally scheduled to be open through June 30th, the exhibition is ending early, specifically 10pm tonight. So if you’re nearby, now’s your chance. Maybe?

You can see the finer details of some 400 individual items from 8 ‘Til Late on Sparrow’s website. 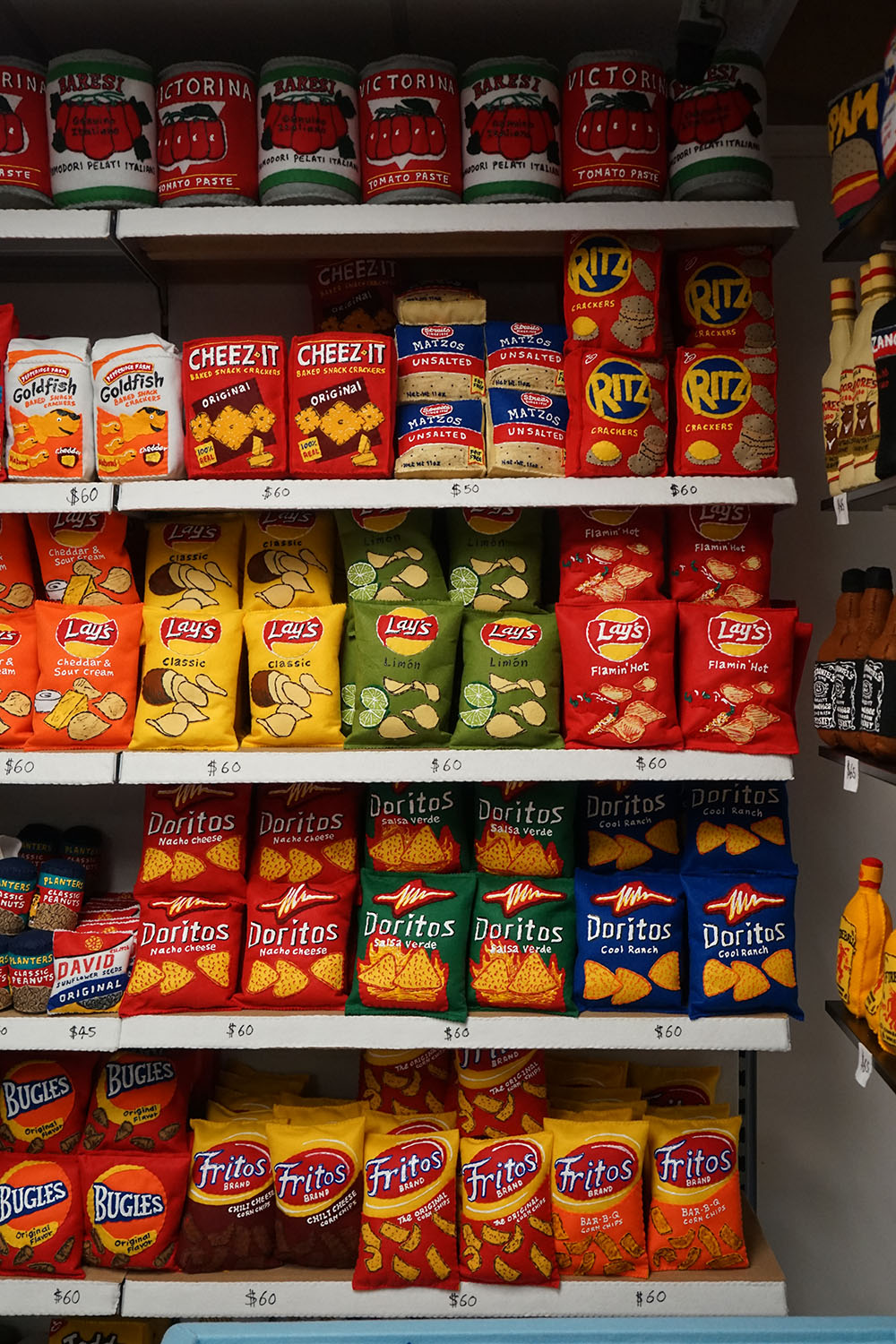 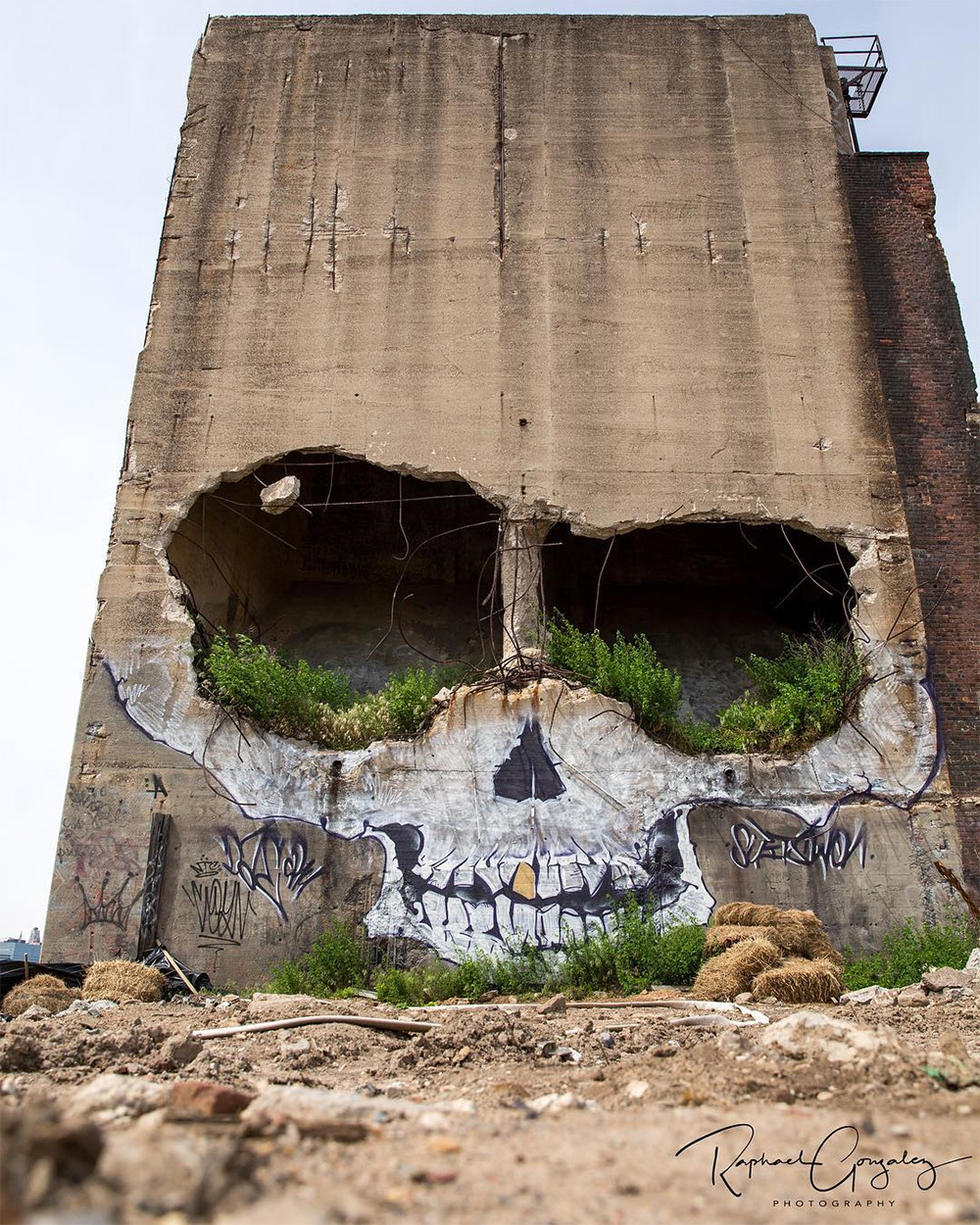 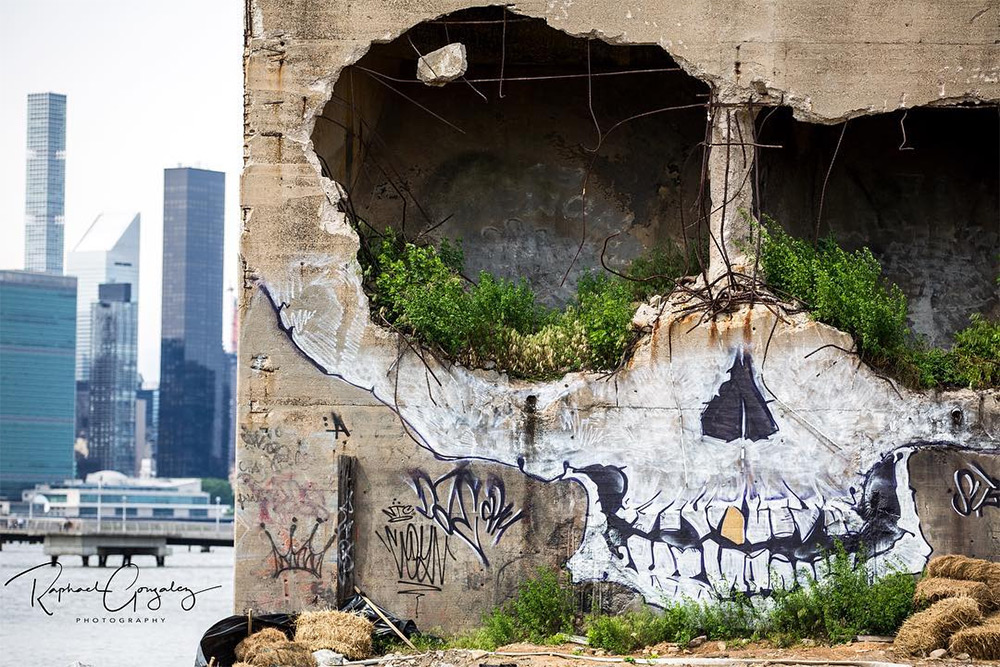 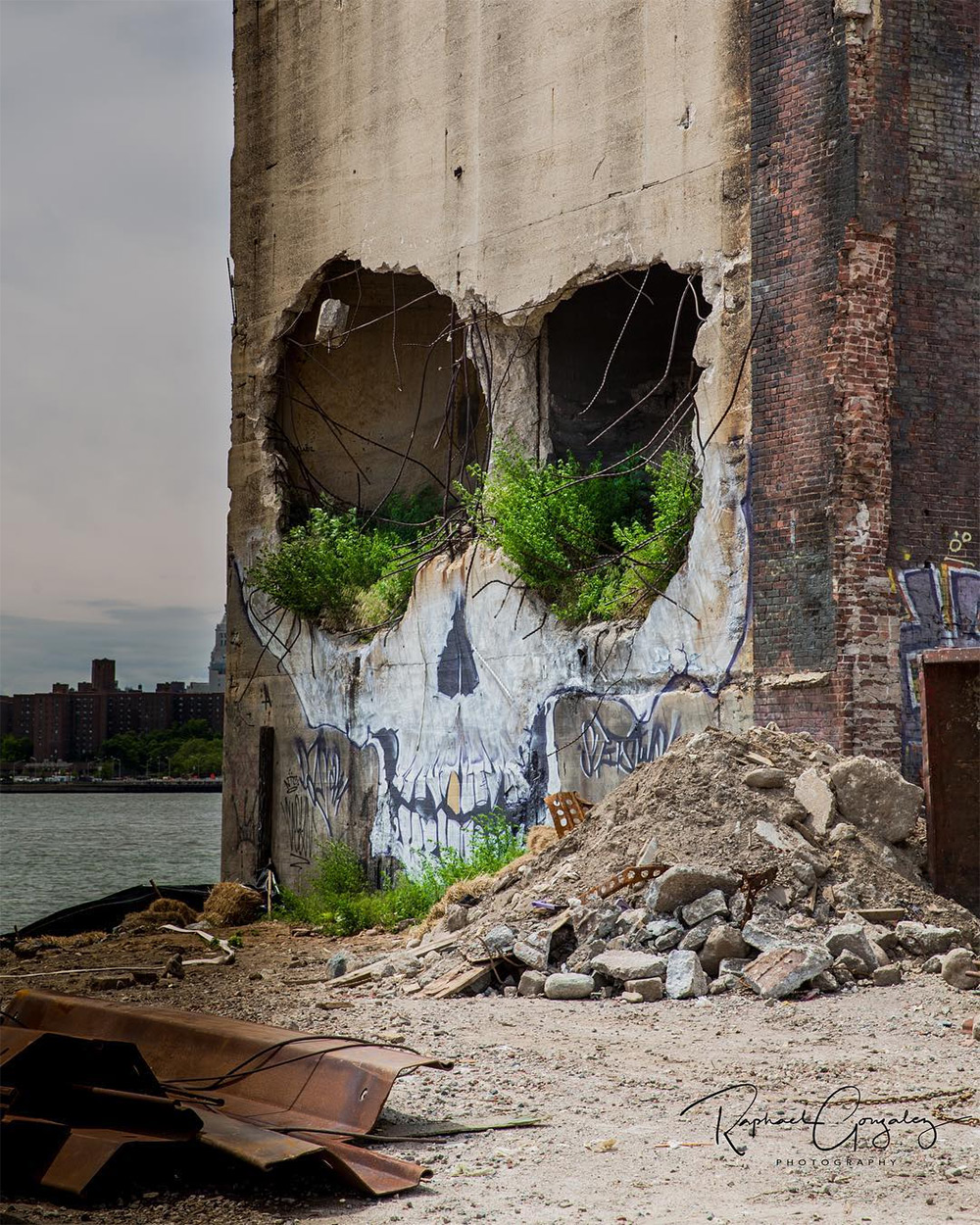 A Statue of a Defiant Girl Now Confronts the Famous 'Charging Bull' on Wall St.