A Statue of a Defiant Girl Now Confronts the Famous ‘Charging Bull’ on Wall St. Monuments and vaguely descriptive plaques are commonplace around cities and heavily trafficked tourist areas, giving just enough insight into an historic event or landmark. The Staten Island Ferry Disaster Memorial blends in with these weathered monuments, except for the fact that all details on the work are completely false. The monument, which is located in Battery Park, Manhattan, was created by artist Joe Reginella and honors the 400 victims who perished during a giant octopus attack of a Staten Island ferry named the Cornelius G. Kolff on November 22, 1963, the same day as the assassination of JFK.

The elaborate hoax was six months in the making, and is also seen by Reginella as a multimedia art project and social experiment. The website, and fliers distributed around Manhattan by his team, give a false location for a museum, ironically a place you must get to by ferry. You can see more tourist reactions and find real information about the fake event on the Staten Island Ferry Octopus Disaster Memorial Museum’s Facebook. (via Hi-Fructose) 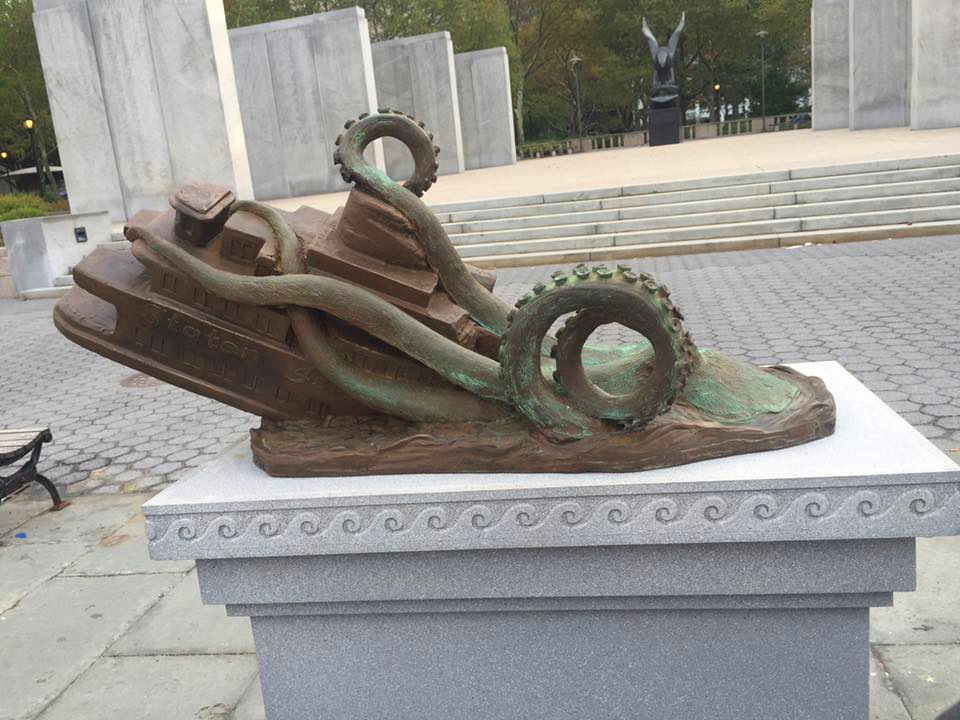 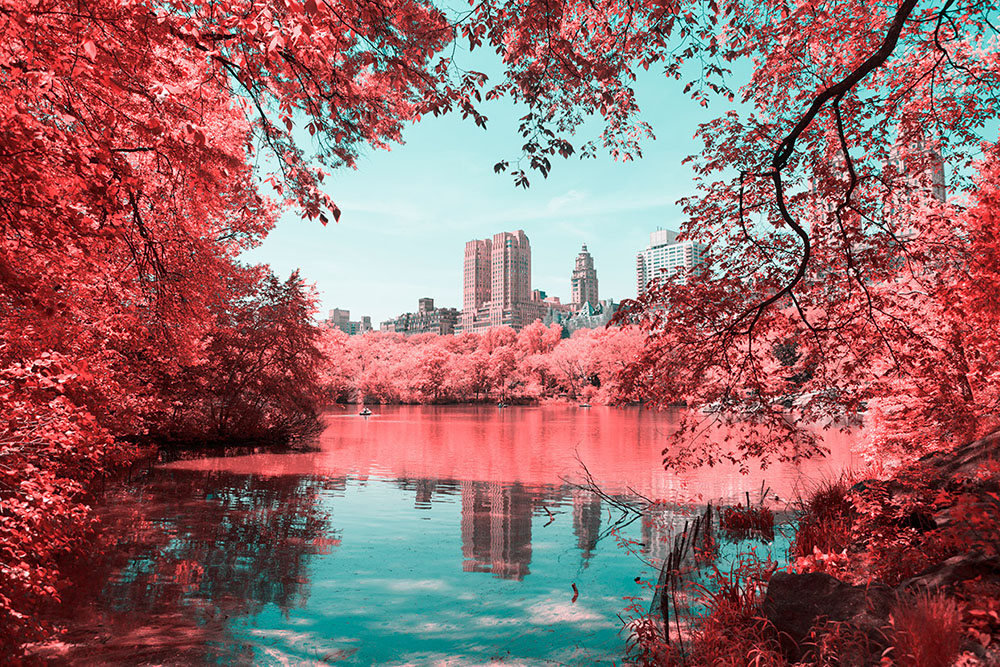 Photographer and graphic designer Paolo Pettigiani recently took a stroll through New York’s Central Park armed with an infrared lens and took a number of fantastic shots that show the iconic park in a whole new light. The usual green grass and trees are transformed into a bright cotton candy pink which vividly contrasts with the aquamarine sky. The 24-year-old photographer moved to New York from Turin, Italy only two weeks ago and has been busy documenting his views of the city on Instagram. (via Behance, This Isn’t Happiness) Jeremy Mann (previously here and here) paints cityscapes set during the low-lit moments of the early morning or evening, just when natural light has begun to creep in or fade from a city’s car-lined streets. Using oil paints, Mann applies and wipes away areas of the canvas to recreate these hazy environments, adding layers of paint back on top of the slightly smeared works with more detailed strokes. This layered effects makes the works appear like double exposed images, two scenes gently blurring into one.

Mann’s work will be featured in an upcoming June 3 exhibition at John Pence Gallery in San Francisco which will run through July 9, 2016. You can view more of his cityscapes on his Instagram and Facebook.