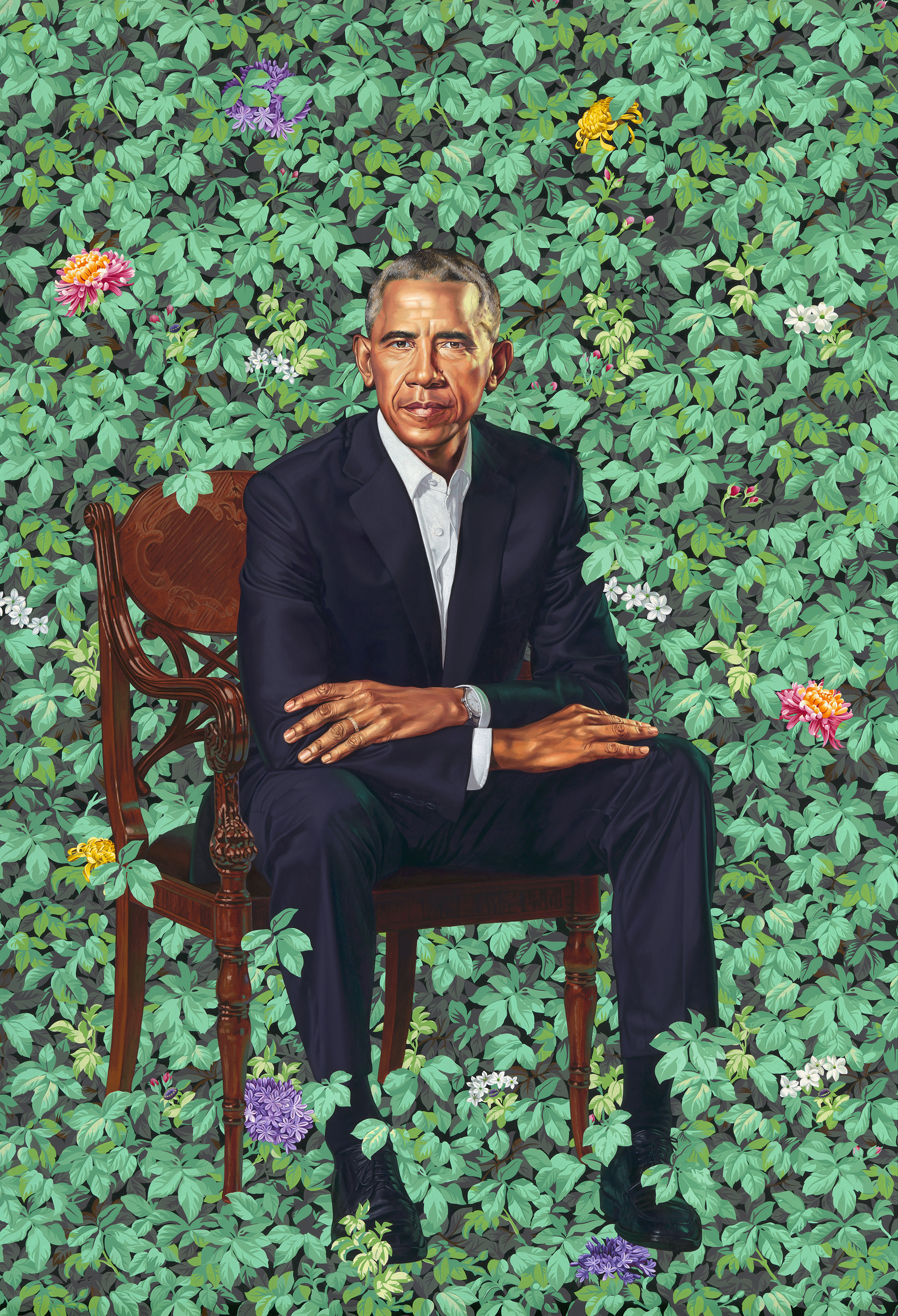 The Smithsonian’s National Portrait Gallery in Washington, D.C., which was created in 1962 by an Act of Congress, is the only location outside of the White House with a collection of portraits of former United States Presidents. Today, Barack and Michelle Obama unveiled their likenesses, created by Kehinde Wiley and Amy Sherald, respectively. The Obamas selected the artists—Wiley and Sherald are the first African American artists to be commissioned for presidential portraits.

The Smithsonian shares with Colossal that the portraits will be on view to the public beginning Tuesday, February 13th. Wiley’s painting of President Obama will be permanently installed in the Portrait Gallery’s “America’s Presidents” exhibition, and Sherald’s portrait of Mrs. Obama will be displayed in the museum’s “Recent Acquisitions” corridor through November 2018. Sherald also has a solo show at the Contemporary Art Museum St. Louis, which opens May 11, 2018.