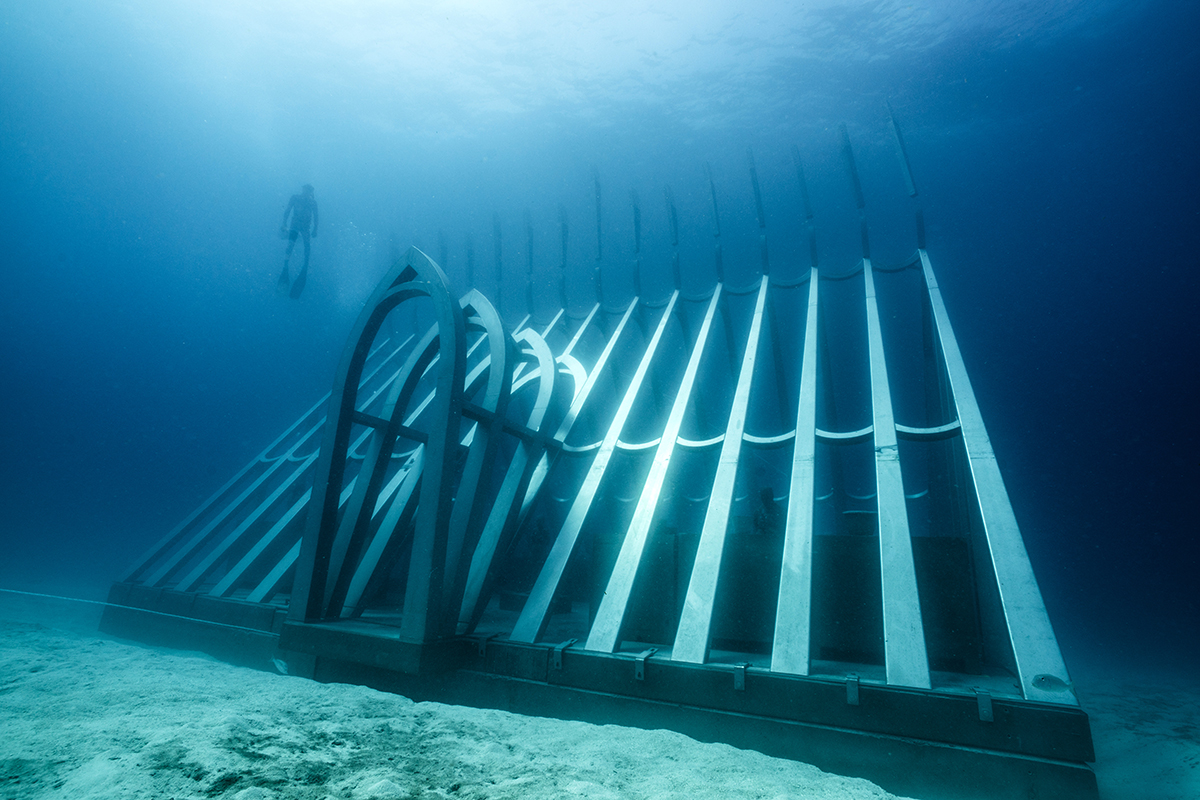 About 50 miles from Townsville, Australia, an unassuming structure created by Jason deCaires Taylor (previously) rests on the sandy floor the John Brewer Reef. Currently, “The Coral Greenhouse” is in pristine condition with little algae or tiny organisms stuck to its sides. Over time, though, the sculptural work is designed to amass vibrant clusters of the sea creatures as they colonize the submerged form.

Constructed with corrosion-resistant stainless steel and pH-neutral substances, the biomorphic frame is modeled after nature’s patterns. The materials help inspire coral growth and are designed to be absorbed into the oceanic environment as the colonies sprawl across it. Workbenches line its sides and are adorned with simple patterns that create small enclaves for ocean life to hide from predators or rest. To keep divers away from the fragile ecosystems, Taylor tends to install his marine projects in less vulnerable areas.

Weighing 165 tons, the sanctuary is the Museum of Underwater Art’s largest installation to date. The A-frame structure is comprised of triangular sections and a massive cement base, which provide stability from waves and adverse weather. Its slatted sides allow divers, filter-feeding organisms, and schools of fish to swim in and out, and floating spires that protrude from the beams’ apex oscillate with the currents.

Figurative sculptures, which were made from casts of kids around the world, populate the inside to serve as a reminder that the coral needs care. They’re shown cradling planters, peering into microscopes, and watching over the vulnerable environment. “Thus they are tending to their future, building a different relationship with our marine world, one which recognizes it as precious, fragile, and in need of protection. Our children are the guardians of the Great Barrier Reef,” Taylor writes about the piece.

Dives to tour the site-specific installation will begin in 2021. Until then, get an idea of how some of Taylor’s previous works have transformed after being submerged for more than a dozen years on his Instagram. (via Fast Company) 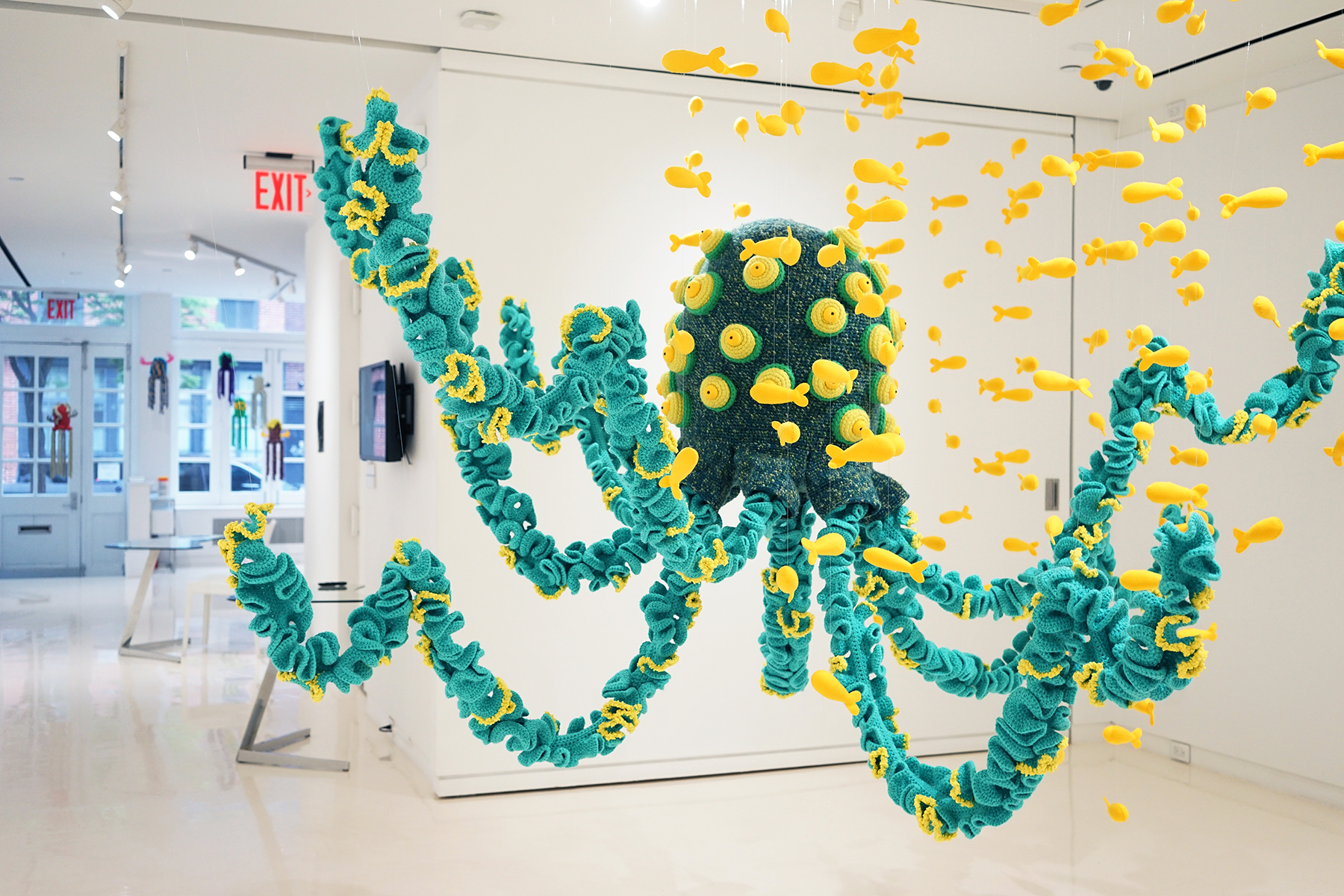