Although she doesn’t live right by the ocean, artist Emily Botelho channels her passion for marine landscapes with frequent trips to explore where soil and sea meet. On these trips, she photographs the colors and textures that appear on the rocky waterfront: lichen, seaweed, and small sea creatures all create unique visual patterns. The Manchester, U.K.-based artist then prints her photographs on cotton fabric and embellishes them with long straight stitches, tight beadwork, sea shells, semi-precious stones, and three-dimensional tufts.

Botelho, who creates work under the name Salt Stitches, formerly had a career in the fashion industry, and only took up embroidery about a year ago. In that time she has built a substantial following sharing and selling her hoop-based works on Instagram and Etsy. Botelho is also participating in an online auction with fiber art curator The Fiber Studio, which launches on June 28, 2019. 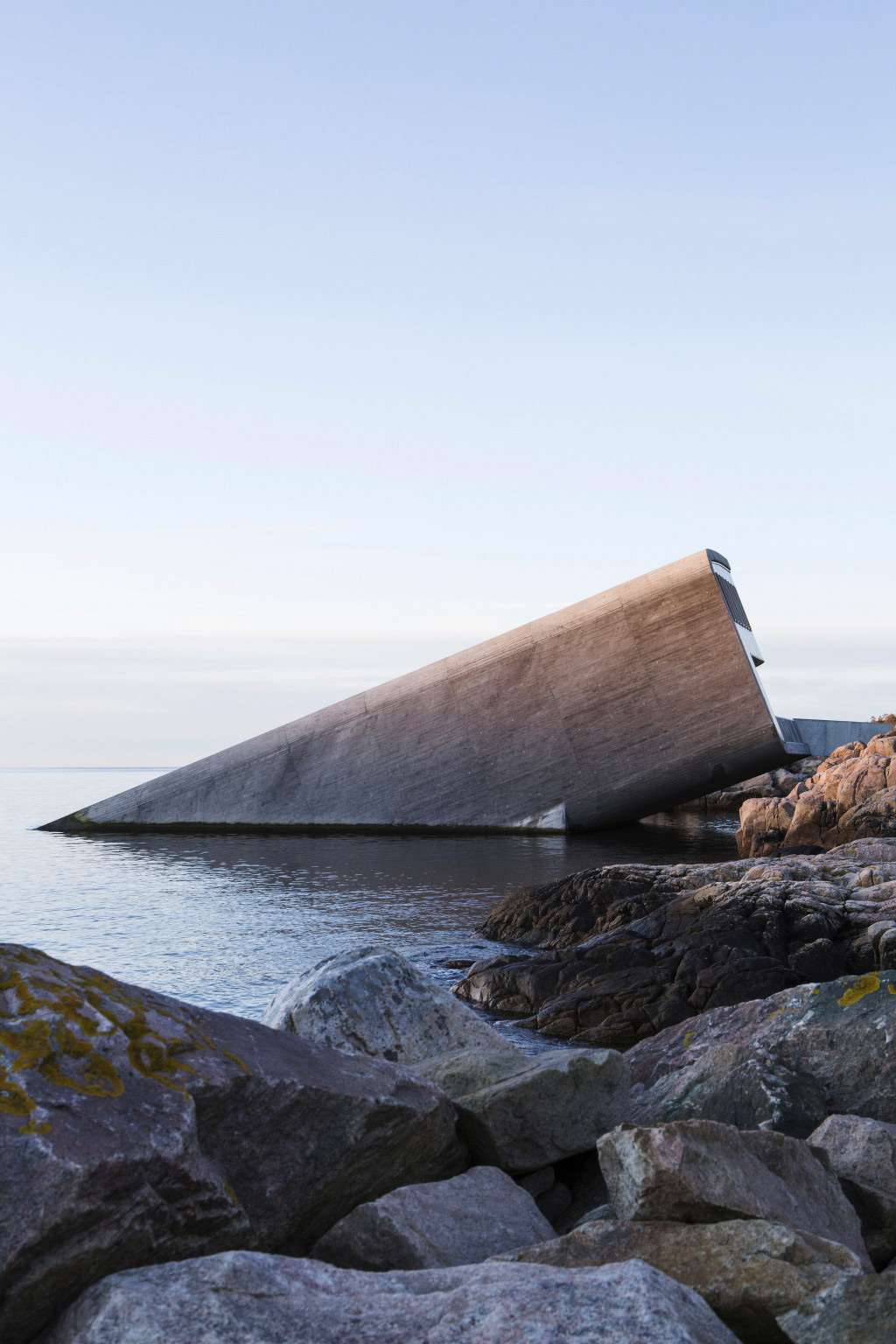 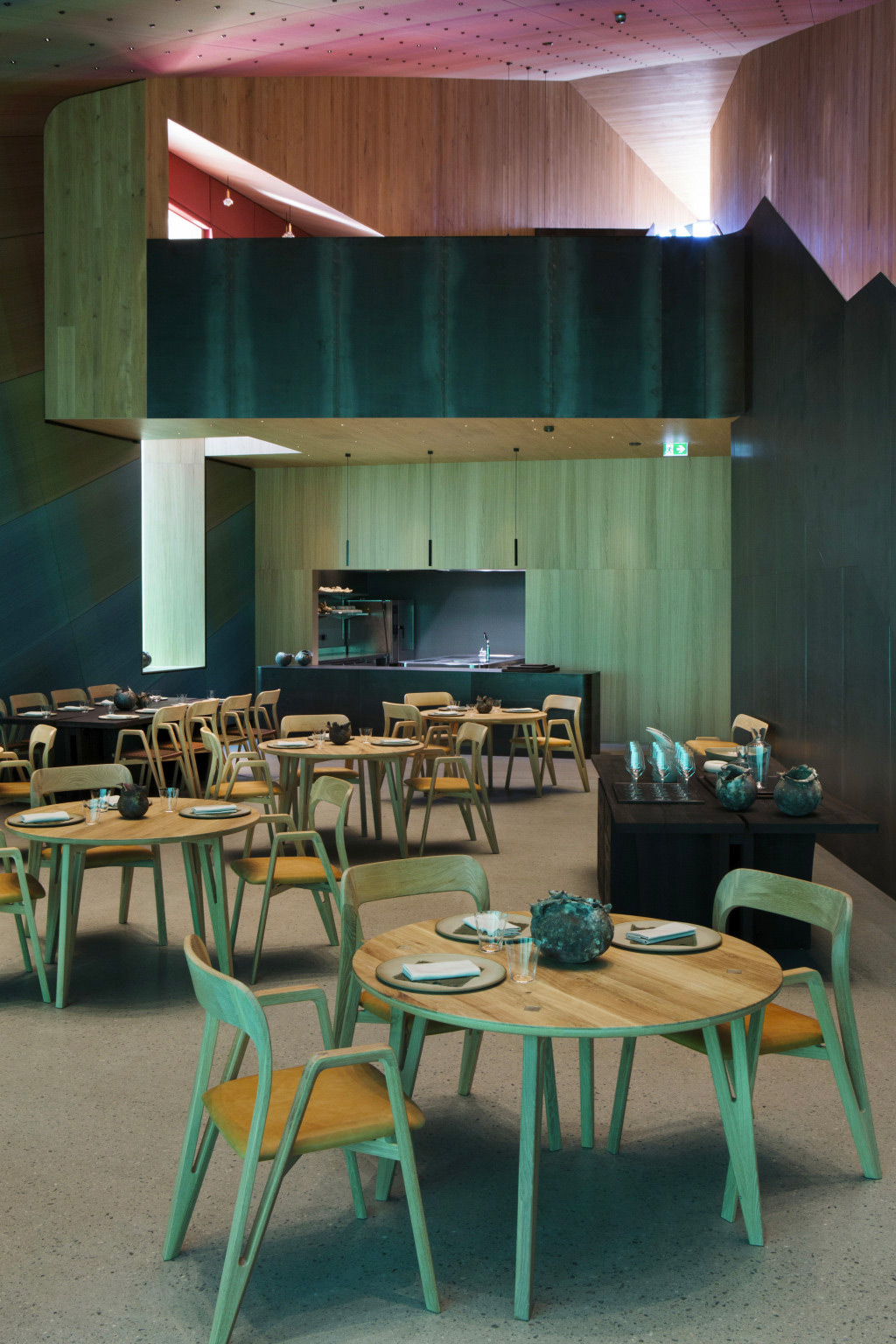 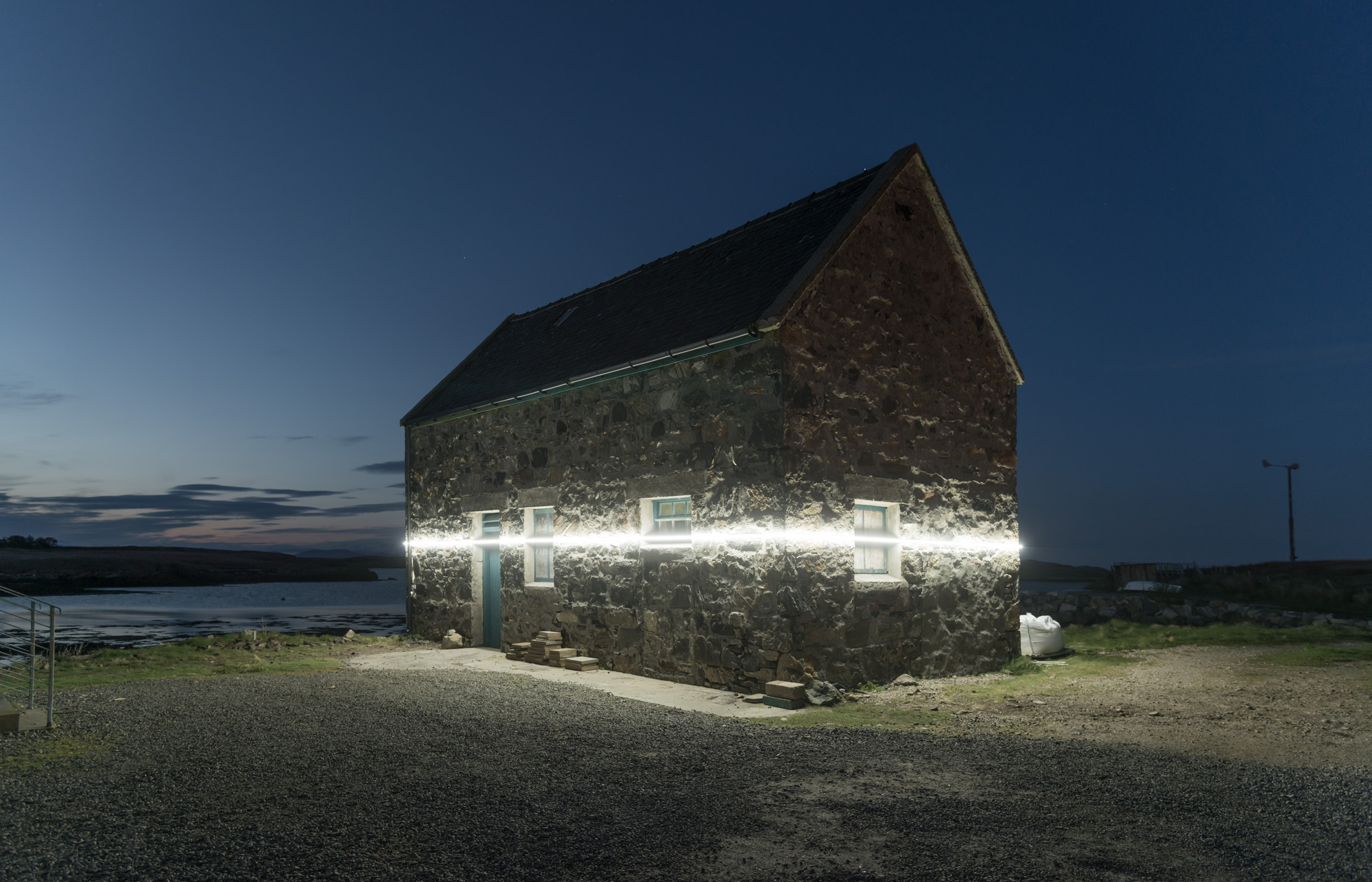 A chilling new installation in the Outer Hebrides shows the impact of climate change and rising tides on the low-lying islands off the west coast of Scotland. Lines (57° 59 ́N, 7° 16 ́W)  was created by Finnish artists Pekka Niittyvirta and Timo Aho for Taigh Chearsabhagh Museum & Arts Centre in Lochmaddy on the island of North Uist. The site-specific installation uses sensors and LED lights to show where the water will flow during storm surges if the Earth’s temperature continues to rise. Searing white lines mark this rising water level on the sides of buildings, hover over bridges, and extend across other susceptible areas across the museum campus and surrounding community.

The installation’s delineations starkly demonstrate the ticking clock that makes the museum’s current location unsustainable unless drastic measures are taken to stop climate change. The video below shows the artists’ installation process. You can see more from Niittyvirta and Aho on their websites. (via designboom)