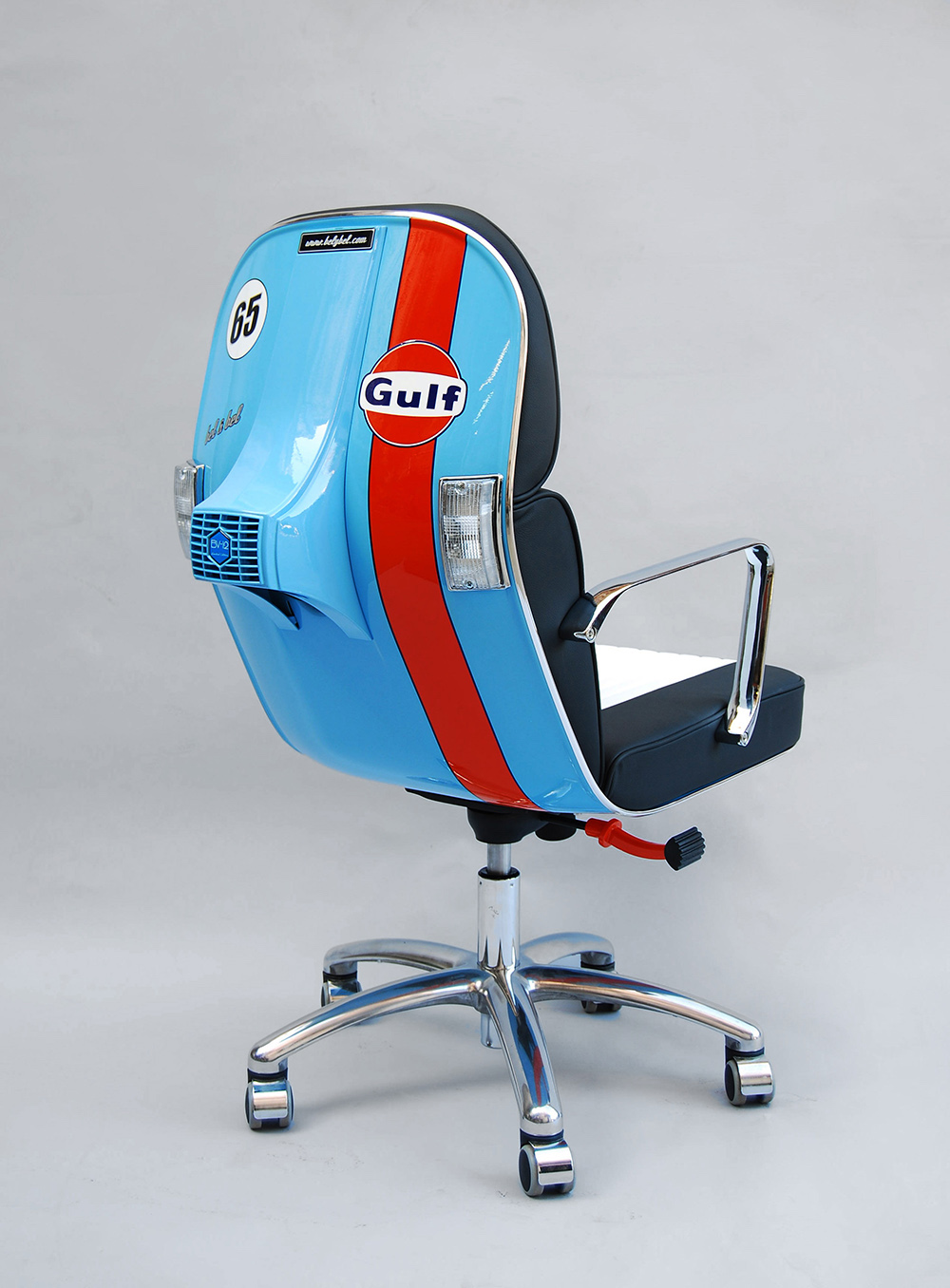 All images provided by Bel & Bel

The sleek build of Vespa scooters have been redesigned to remain stationary, dissected and rebuilt as office furniture. Fit for an Italian motorist, the Scooter Chair, is handmade by Spanish studio Bel & Bel in a numbered series with a large variety of color combinations to choose for your office or home. Although it may appear like a normal swivel chair from the front, when turned around you can see how the curves of the vintage Vespa parts match that of the faux leather chair to create a sleek and ergonomic design.

To further imitate their design inspiration, each chair also comes with functioning taillights. More than 200 of these up-cycled pieces have been sold around the world, and because each and every chair is built by hand, they are all certifiably unique. To understand the process of making one of Bel & Bel’s chairs, visit their blog. (My Modern Met) 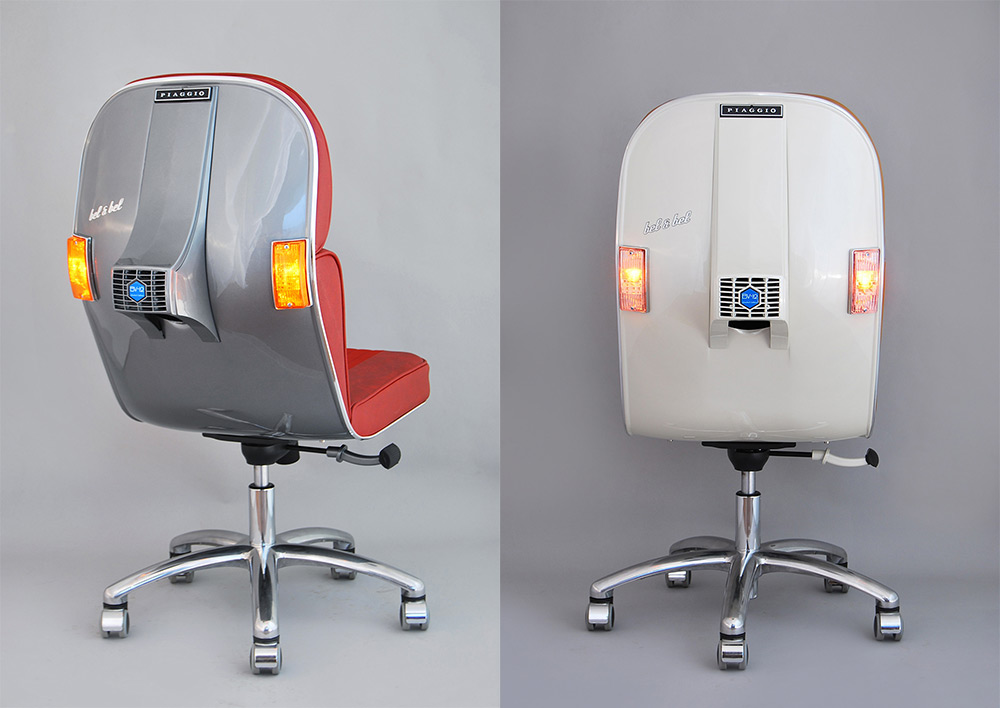 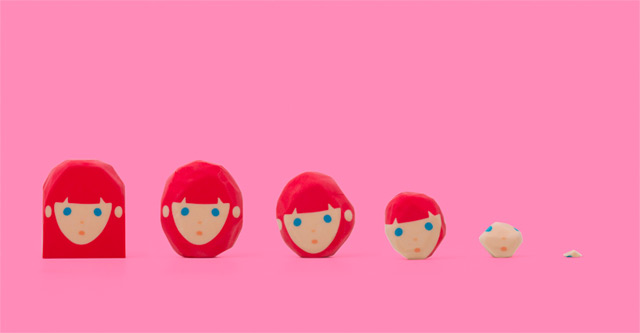