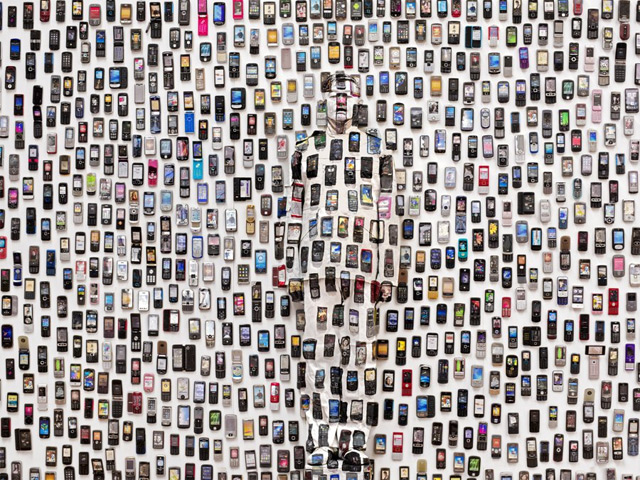 Artist and camouflage extraordinaire Liu Bolin just opened a new exhibition at Galerie Paris-Beijing in Paris featuring a number of new works that depict the artist perfectly hidden amongst urban backdrops. Remarkably the effect is achieved without the use of special effects or Photoshop, rather Bolin is painstakingly painted head-to-toe by a group of assistants using photographs of the area behind him as a guide. “My intention was not to disappear in the environment but instead to let the environment take possession of me”, he says. Bolin’s intent is not to simply hide himself as an individual but suggests the works are statement regarding damage caused by economic and urban development. The show runs through March 10th. (via designboom)

Something About these Objects is Not as it Seems: New Anamorphic Illusions by Brusspup

Master of optical illusion Brusspup has a new video out today showing some really fun optical illusions using anamorphic projections. The trick is pretty simple: the photographs are skewed but then filmed at an angle where everything looks normal, but when the illusion is revealed it’s still pretty mind-bending. Brasspup also provided downloadable high resolution files of the Rubik’s cube, shoe, and tape so you can print them out on 8×11″ paper, trim, and try for yourself. I’ll let this fun video from filmmaker Eran Amir speak for itself, suffice to say the entire thing was shot as you see here without any color correction, and here’s a making of to show how he did it. Amir previously shot a music video using 1,500 photographs held by 500 people around Israel. Playing with light, shadow, and perspective, Japanese artist Nagai Hideyuki creates these stylized optical illusions using the entire spread of his sketchbooks. Once propped against a wall and viewed from the perfect angle his illustrations seem to leap off the page creating a visual effect similar to an MC Escher drawing. See many more examples on his website, Facebook, and deviantART. 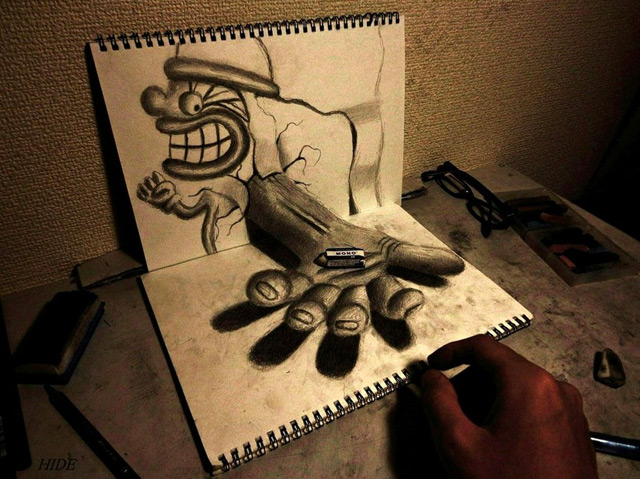 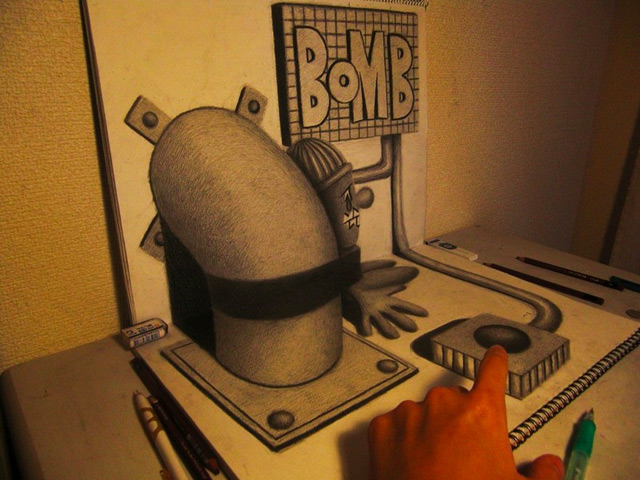