Japanese designer Norihiko Terayama suspends simple floral arrangements in polygonal forms, contrasting the organic material with straight, meticulous lines. With the simple addition of pins and thread his series Crust of the Polygon reframes the dried plants as poetic sculptures. Another one of his series, Polygon of Tree Branch, features full branches encased in a similar geometric style.

Terayama studied at Design Academy Eindhoven where he trained under designer Richard Hutten and was immersed in Dutch conceptual design. His company Studio Note designs home and lifestyle products which often incorporate natural elements. You can see more projects by the Japanese designer on his website. 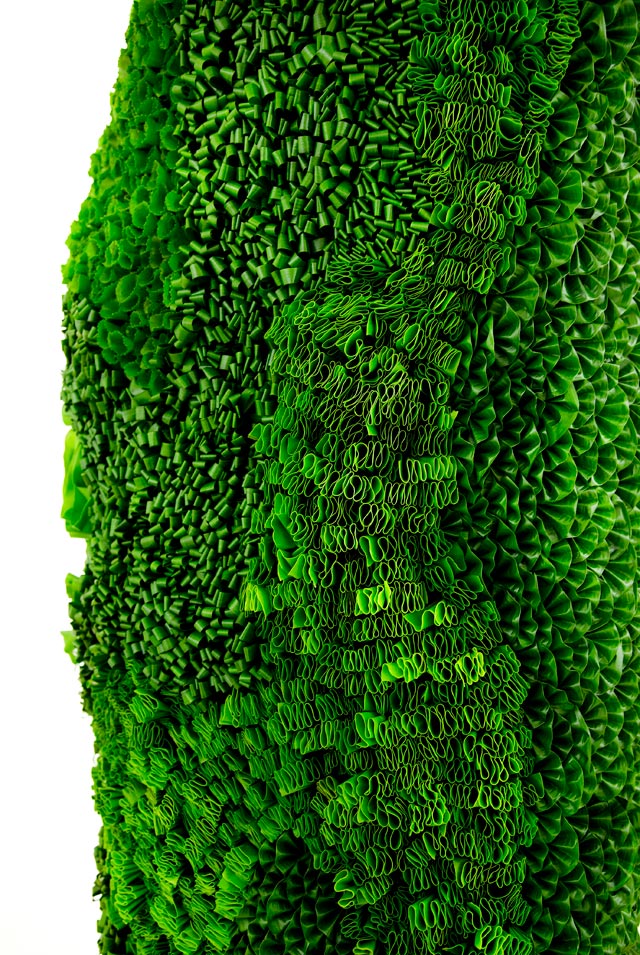