Situated inside the garden of the Georgian mansion at the National Trust’s historic Berrington Hall is Studio Morison's newest structure Look! Look! Look!, a pineapple-shaped pavilion with angles akin to a folded work of origami. The pavilion is dusty pink, with an open rooftop and four openings that surround the structure’s sides, and was built with the support of Trust New Art and the Arts Council England.

Heather and Ivan Morison, the two artists behind Studio Morison, spent more than a year researching the garden’s history before they arrived at the design of this sculpture as a way to bridge historical Georgian life with its present use, encouraging visitors to relax or picnic within. The pink color was pulled from a traditionally Georgian palette, hues of which are found inside the hall itself.

The shape of the pavilion is based on a piece of origami created by the two artists. With the help of structural engineers the timber work was brought to life. A metal frame sits at its core, while the outside is covered with a pink fabric that can withstand all weather conditions. In addition to designing the temporary outdoor pavilion, the artists also created several sculptural pieces of furniture that exist inside, small geometric stools that reflect the shape of the sculpture which they are inclosed.

Look! Look! Look! is open to the public at Berrington Hall through December 2019. During its run visitors can attend a series of events and activities hosted inside the shelter. (via NOTCOT, urdesign) Hamburg-based ceramic artist Angelina Erhorn of Moij Design creates all matter of ceramic dishware that mimics the form of paper origami sheets, both folded and unfolded. Her designs include plates, espresso cups, and vases with delicate creases and occasional stained geometric elements. You can see more of her work on Instagram and some of her pieces are available on Etsy. (via So Super Awesome) Origami artist Goran Konjevod brings an extensive background in mathematics and theoretical computer science into the folds of his elegant paper sculptures, textured abstract forms that twist, spiral, and cascade. Konjevod practiced origami as a hobby for many years, usually folding the designs of others until 2005 when he began producing some of his original designs. Most of his pieces involve tessellations where repetitive geometric designs are carefully folded to create patterns within the paper. (via Strictly Paper)

Recently Konjevod’s work has been collected and displayed in exhibitions like the recent 8th Annual Sanchez Art Center 50|50 Show and with the Ohio Craft Museum. You can find more work on his Instagram. 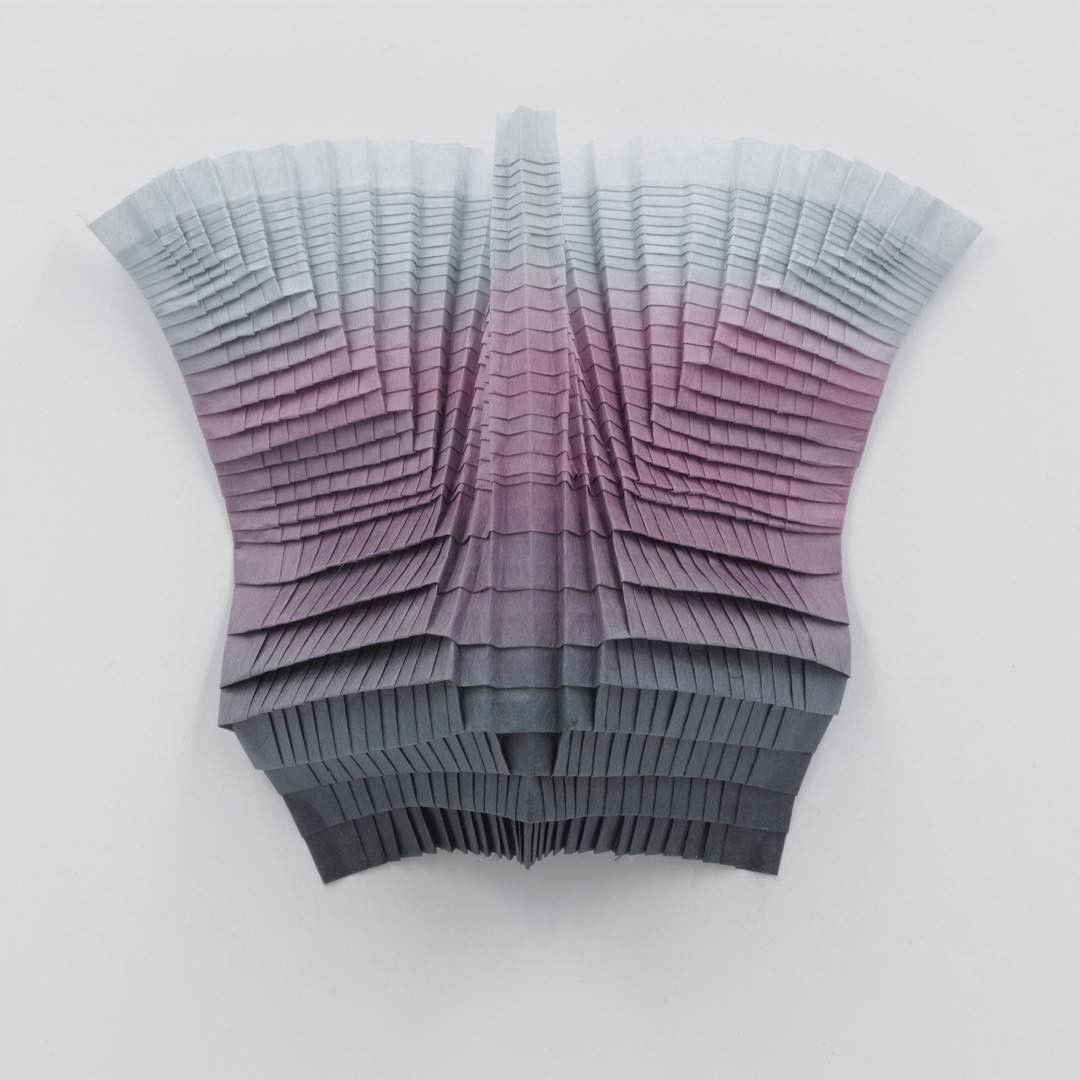 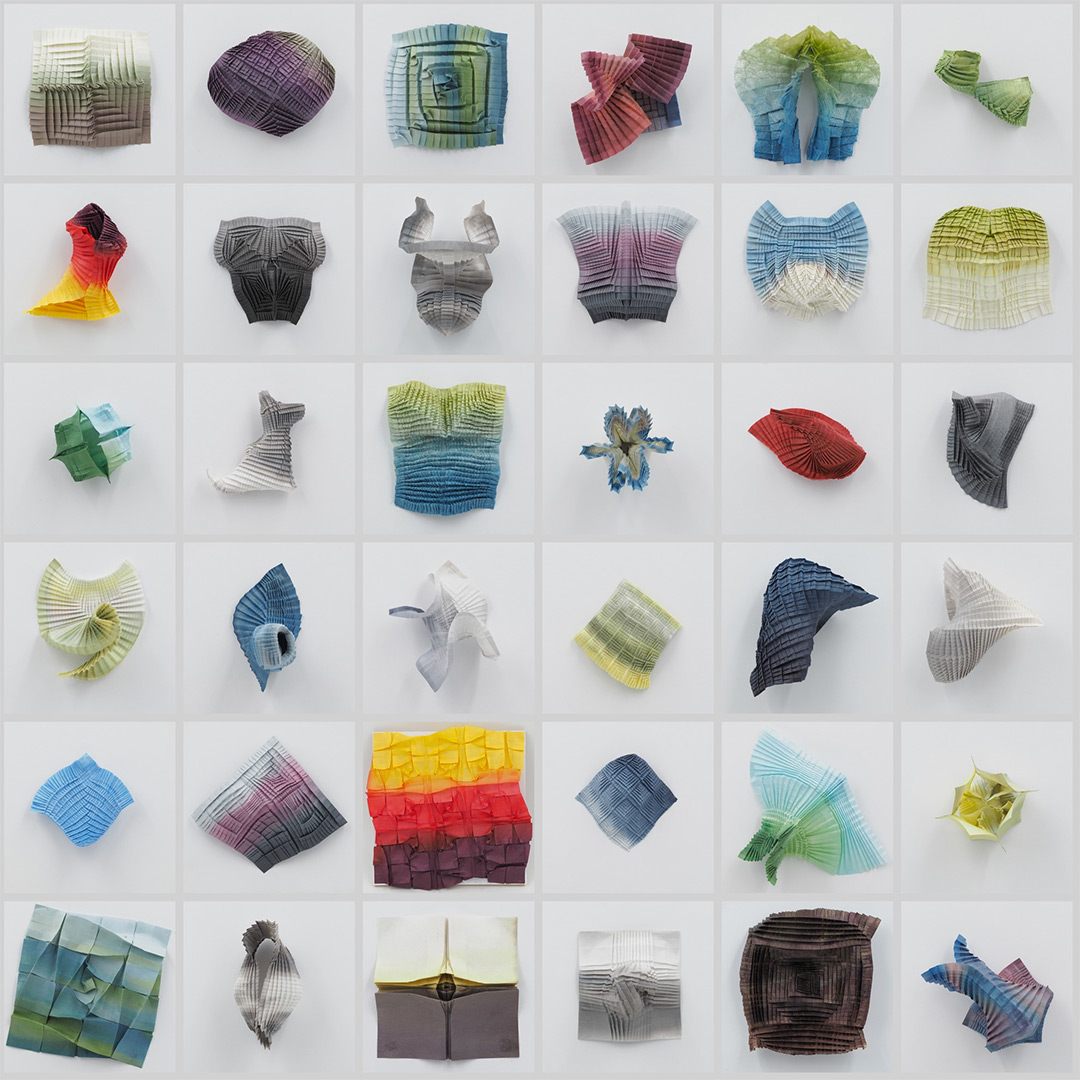 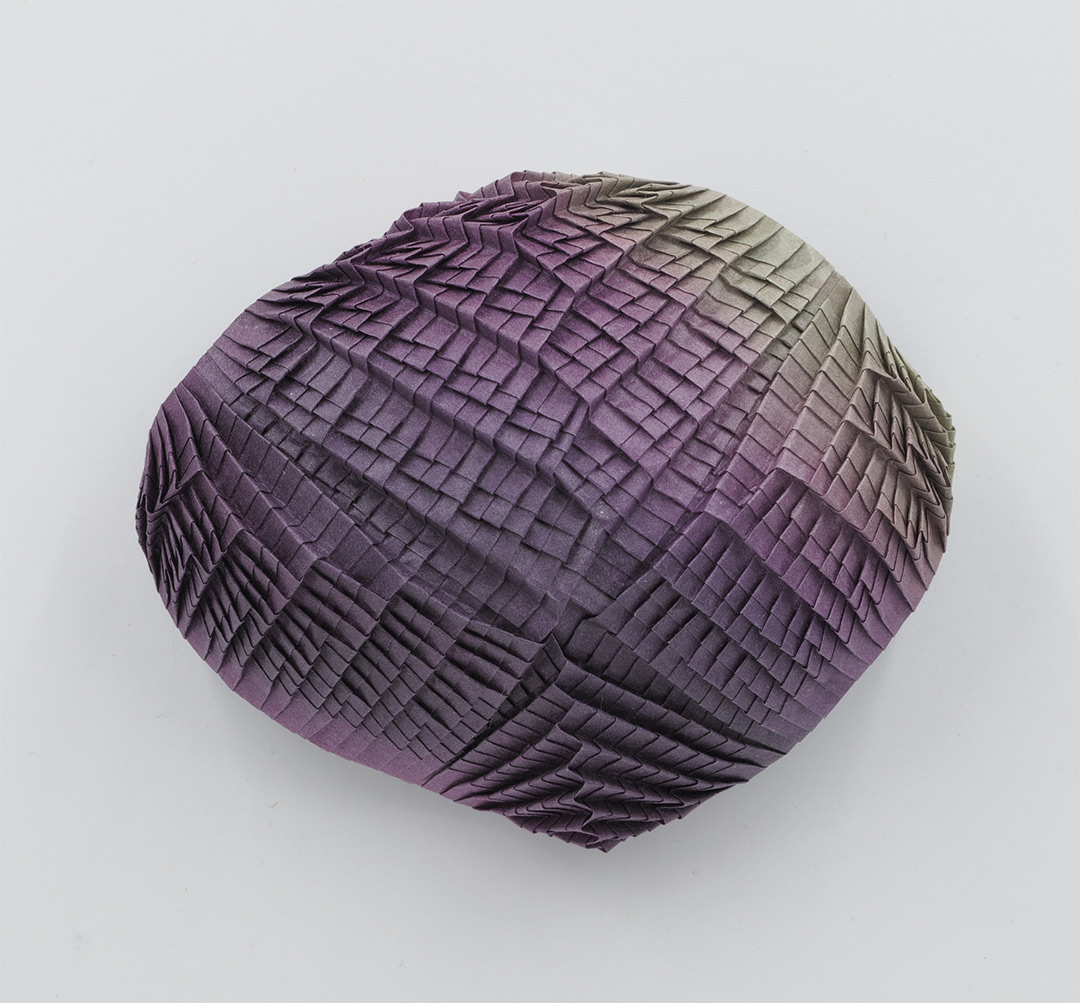 Instead of juggling a ring of measuring spoons while cooking in the kitchen, what if standard measurements were combined into a single flat tool that adjusted at the pinch of your fingers. Is this a problem that needs a solution? Perhaps. Currently funding on Kickstarter, Polygons is a rather ingenious looking measuring spoon tool that combines four fractional measurements (in teaspoon and tablespoon models) into a flat tool that folds like a piece of origami paper. The gadget is made from recyclable plastic and the designers claim it can “flex for 100,000 cycles without failure.” Learn more here. (via Twisted Sifter) The Perch Light by London-based architect and designer Umut Yamac sits perfectly at the intersection of form and function: the bird-shaped light is made to look like a folded origami creation that’s illuminated from the inside. Made from actual synthetic paper, the elegant light is counterbalanced and rocks back and forth at the slightest touch or disturbance in the air. Yamac originally designed the light in 2014 as a limited edition of 20, but recently created a new chandelier-style configuration called the Perch Light Family for Moori that launched at Salone del Mobile in Milan. (via Cool Thing of the Day)