Max Siedentopf was in the process of getting his picture taken to renew his passport. As he sat in front of the camera, he began thinking of all of the ridiculous restraints placed on the small image —no smile, or patterns, or glasses, or anything interesting whatsoever. Siedentopf decided to create an alternate reality for a set of these “boring” identification images, creating regulation passport photos from scenes of intrigue, and often chaos.

The London-based visual artist recruited a cast of friends and strangers to sit for passport photos. Above the shoulders the participants are straight-faced and rigid, yet below they are balancing full wine glasses along their arms, taped to a wall, or even on fire. The humorous series explores the fringes of mundane government tasks, while imbuing some personality in the utterly quotidian. You can see more examples from his Passport Photos series on his website and Instagram. (via PetaPixel) 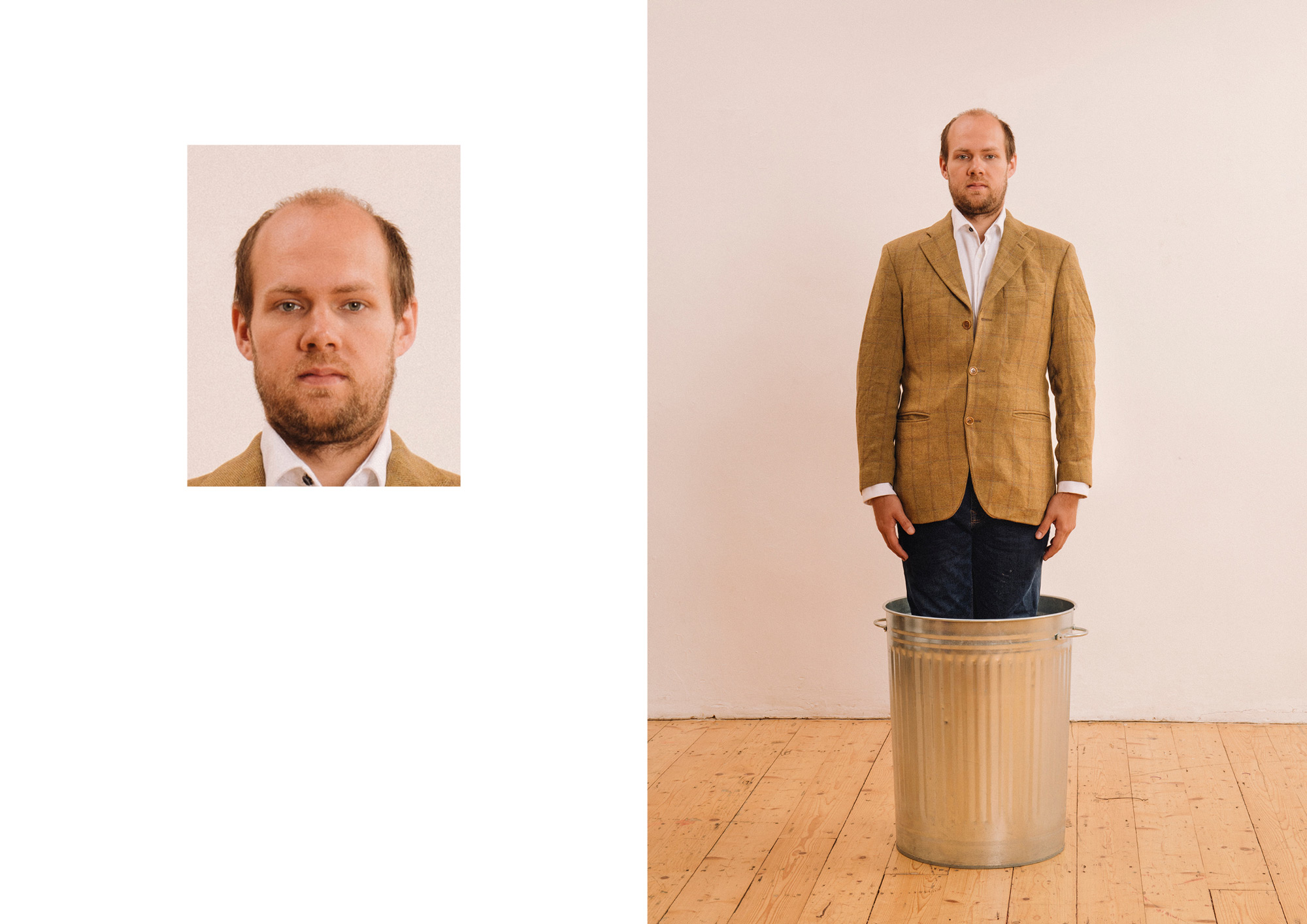