New Jersey-based “object arranger” Adam Hillman has really stepped up his organization efforts the last few months, pushing his precisely organized patterns of everyday objects into increasingly more complicated designs. Everything from breakfast cereal to office supplies finds its place in these tightly controlled symmetrical layouts that take hours to measure, cut, and arrange. Hillman now shares some of his best work as prints and you can follow him on Instagram. Paper artist Maud Vantours brings paper to life through a wide variety of commercial and self-initiated projects that span 3D paper sculpture displays for top brands to editorial work for magazines and ad agencies. The French designer has also explored a more artistic realm with her organic Oscillations series. Vantours shares some of her most recent work on Instagram. New media artist Yang Minha recently completed work on this dizzying light tunnel installed outside the main gate of Le Méridien Seoul in South Korea. Titled Accumulation, the piece is comprised of rotating square panels that display an ongoing sequence of 6 geometric patterns based on six concepts: rise, flow, accumulation, dimension, light, and overlap. You can see more of Minha’s digital work on his website. (via Prosthetic Knowledge) 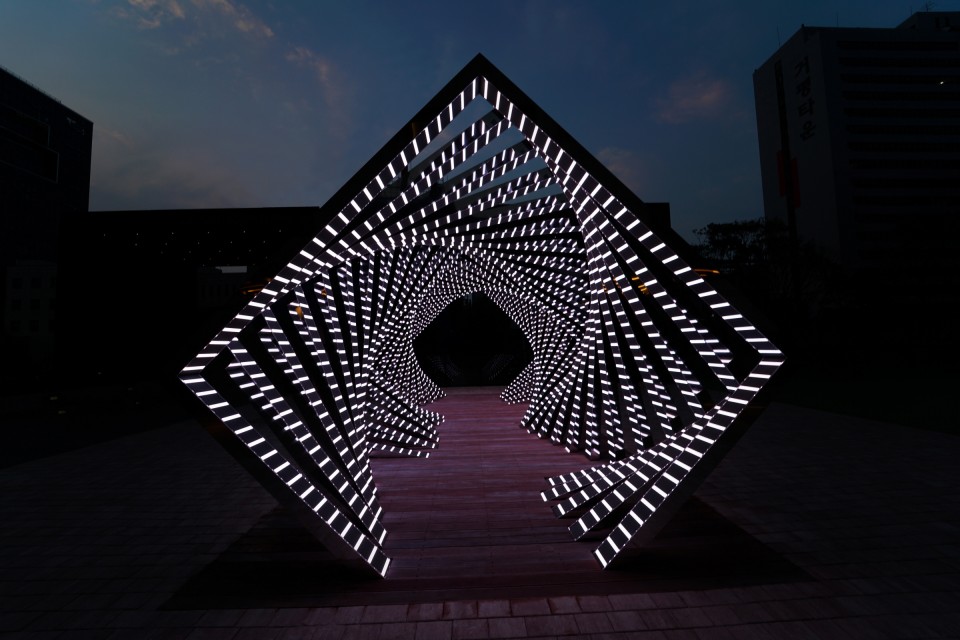 As part of an ongoing body of work titled Personal Topography, artist Klone has painted murals around the world in this distinct, striped style. The paintings of creatures and people are meant as a visual metaphor for the ways in which personalities and inner identities differ. “The series explores both the way each [person] and other creatures have their own topography, represented by the topographical lines,” Klone shares with Colossal. “The simplicity of colour limitations provides the idea in a direct approach and there is a constant attempt to work with the surface and not necessarily make it disappear, so the wall stays a wall and a building is still the building.”

The works seen here went up in Canada, the United States, Poland, Norway, Ukraine and Israel over the last year. Klone was born in Ukraine and now lives and works in Tel Aviv. You can see more of his work on his website and on Instagram. 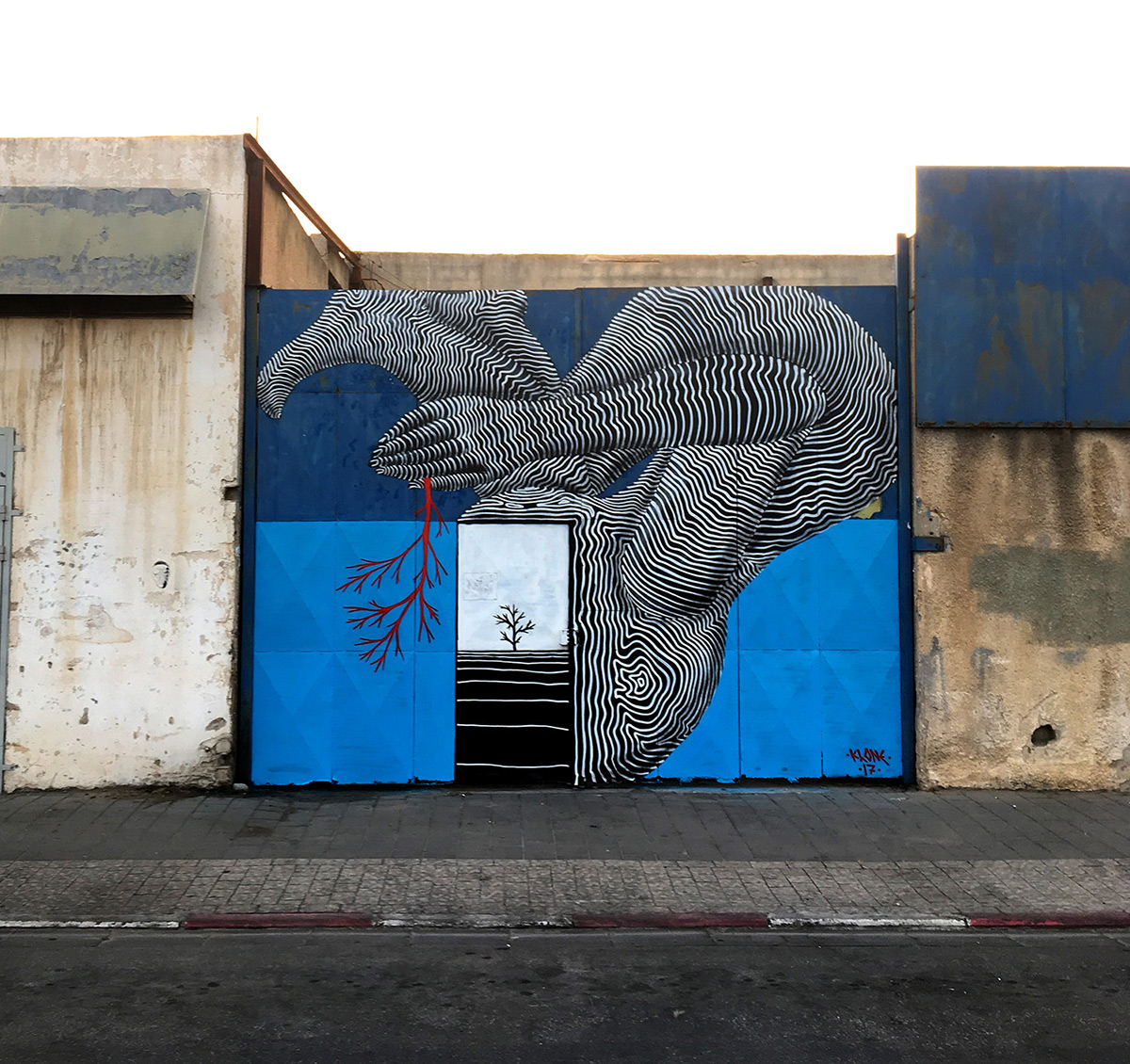