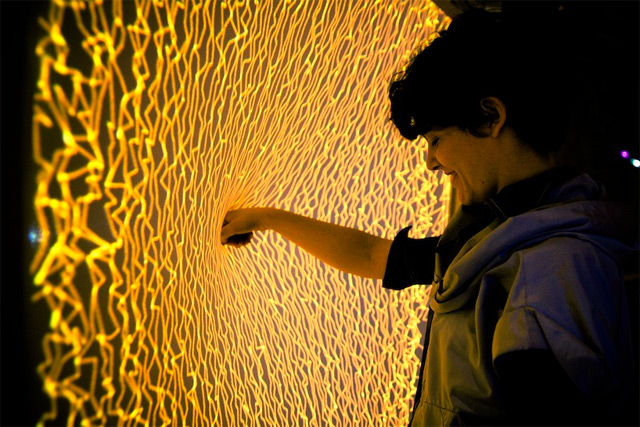 I’m loving this ongoing paste-up series by street artists Ro and l’Homme Pendu. Entitled Animae Dementia (roughly “soul madness” or “animal madness”) the project features the duo installing these giant paste-ups of crazy mythical beings who seem to turn on their unwitting creators. So far works have appeared in Berlin and near Notre Dame in Paris. I can’t wait to see what happens next.