What started in 2013 as a quirky attempt to immortalize famous internet cats on clothes by embroidery artist Hiroko Kubota, has now transformed into a full-fledged custom clothing line where people can request embroideries of their favorite pets on her own brand of shirts, Go!Go!5. The project began when she was making handmade clothes for her young son who asked if a cat could make an appearance on his shirt. Kubota’s shirts quickly went just as viral as the famous cats she embroidered peeking out of pockets, and soon she was taking requests. She’s since embroidered hundreds of cats and dogs for happy customers around the world. You can make your own request via Etsy. 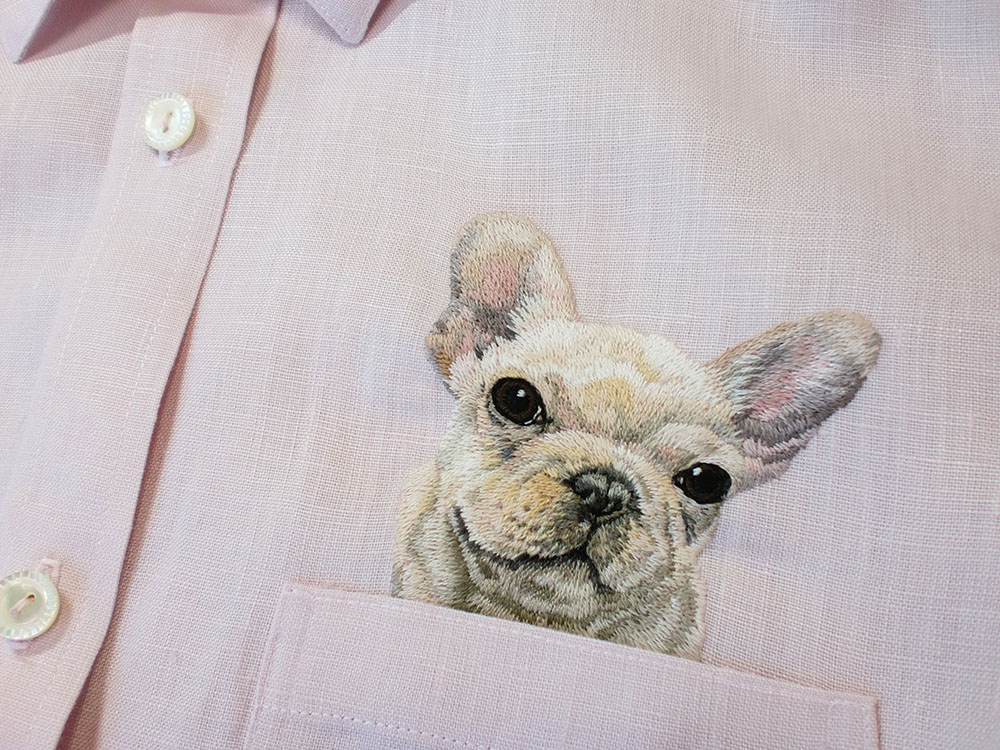 Anna Mo (previously) knits with chunky spools of wool, utilizing giant needles to produces the three-inch stitches that comprise her blankets, wraps, and now tiny pet beds. The animal-focused textiles mimic the appearance of her human accessories, crafted in bright blue, pink, and orange encasements that are perfect for the upcoming winter. Due to the round shape of the beds they even begin to look like spools of yarn themselves, hollowed out to perfectly snuggle your pooch or kitty.

Mo sells her thick knits through her Etsy shop Ohhio, and each of her creations are crafted from 100% merino wool. After first discovering the material Mo would knit with her hands, which gave inspired her large signature loops. She outlines more of her creative process in an endearing and humorous Kickstarter she just launched to help Ohhio expand their line of knit products. See more of her soft creations on her Instagram here. (via My Modern Met) 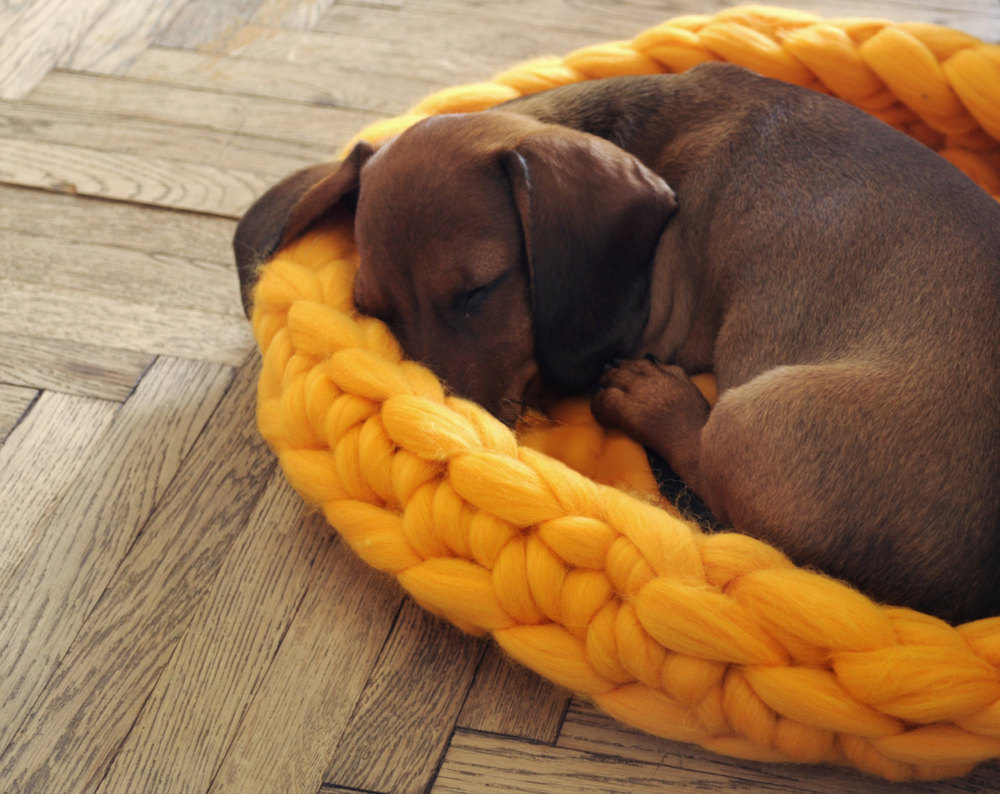 First mentioned in this space back in 2011 as the “Devil’s Candle,” this delightfully creepy candle that melts from a cute geometric cat into a ghoulish steel skeleton was designed by Thorunn Arnadottir and Dan Koval. After going viral around the web it left many wondering where they could get their hands on one, but unfortunately it was not to be, until now. The duo have finally figured out how to mass produce a whole family of morbid little candle pets called PyroPets, the first of which, a cat named Kisa (“kitty” in Icelandic), is available for the first time over on Kickstarter. The candle is actually quite large, measuring almost 7″ tall and has a burning time of around 20 hours.