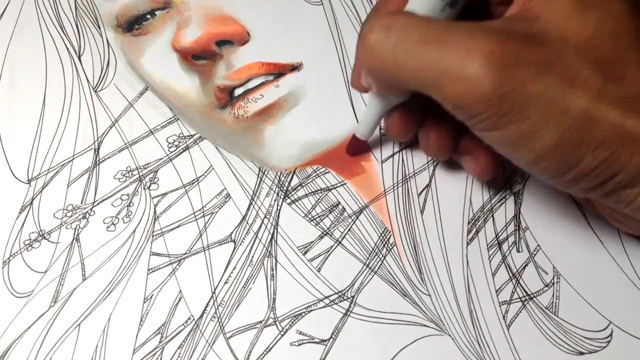 Artist Ed Fairburn utilizes the chaotic patchwork of roads, trains, and rivers printed on maps as the framework for his large-scale portraits. Almost like a sculptor carving a subject from a block of stone, or a constellation highlighted in a clump of stars, Fairburn uses meticulous ink or pencil cross hatching to create portraits hidden amongst the topographical features. You can see much more of his work over on Facebook. (via artchipel) Pencil on a Bartholomew map of Pembroke Pencil on a Bartholomew map of Galloway 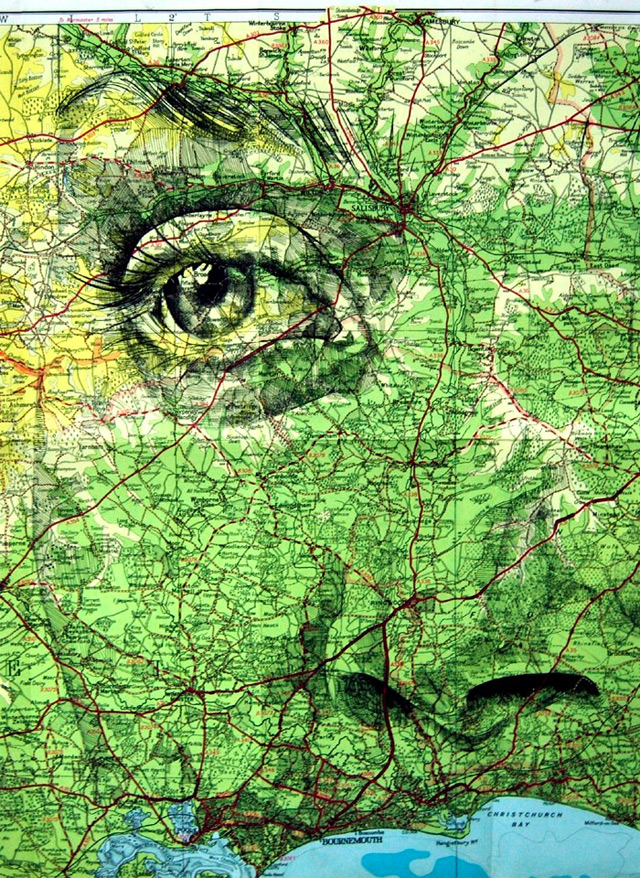 Ink on a ’30 Miles Around’ map of Bournemouth Ink on a street map of Cambridge 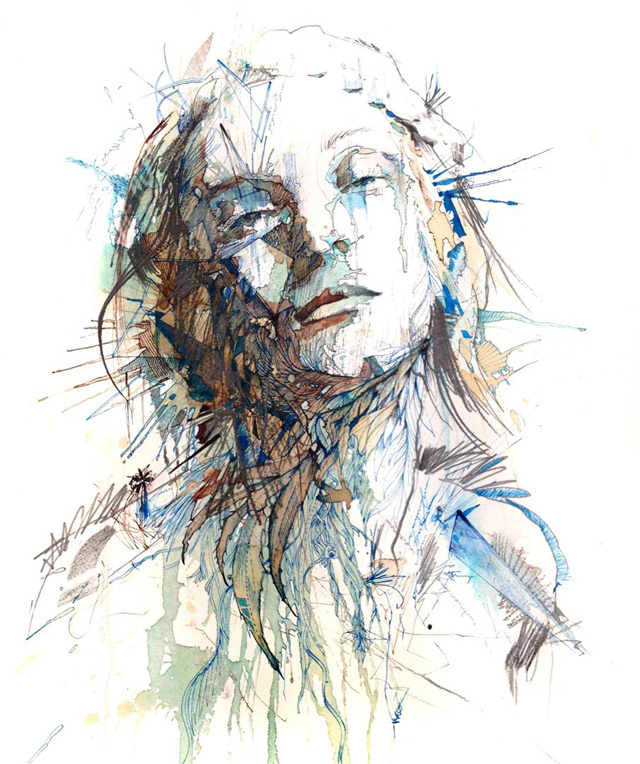 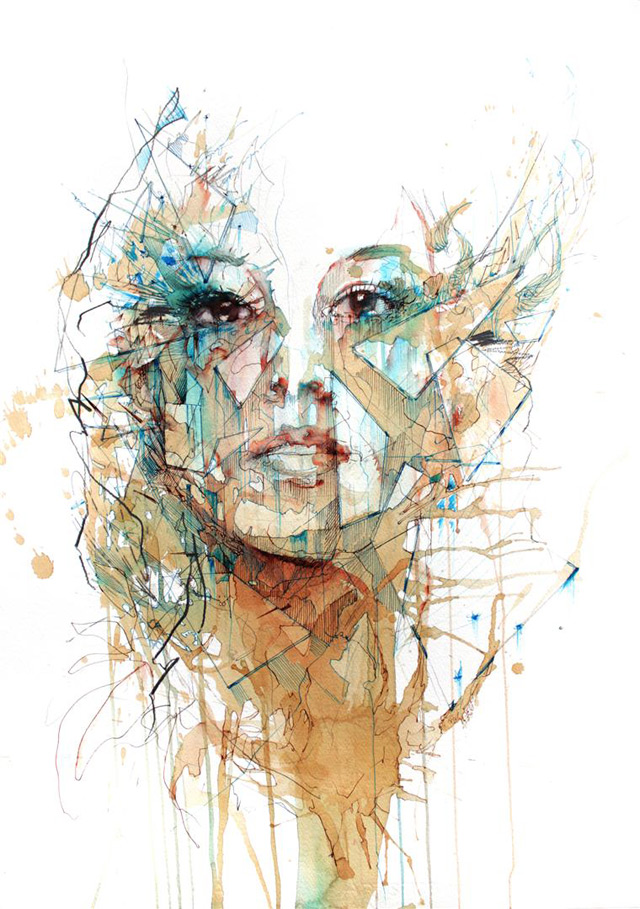