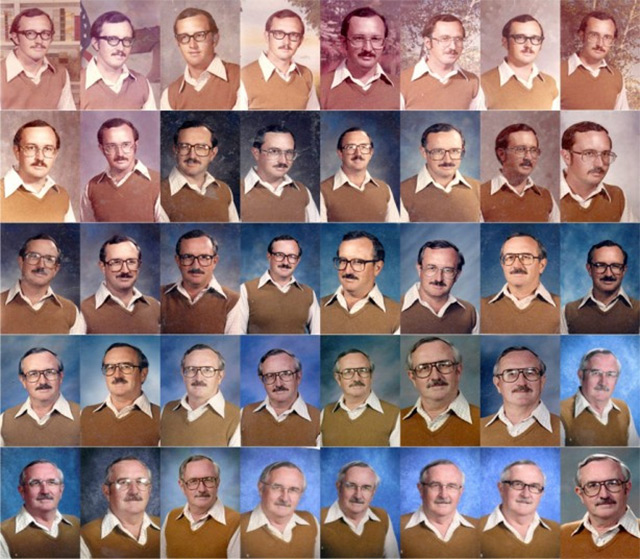 Retired gym teacher Dale Irby posed for his first yearbook photo back in 1973 at Prestonwood Elementary school. The next year, completely by accident, Irby wore the exact same outfit. At first he was horrified to discover the faux pas, but then his wife made a dare: do it again the next year. Before you knew it a 40-year tradition was born; from 1973 to 2012 the teacher, now 63, wore an identical sweater vest and collared shirt for every single yearbook portrait. You can see a slideshow of the photos over at the Dallas Morning News. (via peta pixel) Greek artist Nikos Gyftakis created this wonderful series of swirling self-portraits between 2004-2005. The works are made with oil pastels on canvas and are actually quite large, with a few of the pieces taller than 5′ (1.5m). You can see many more from this series and more of his recent work in his work gallery. 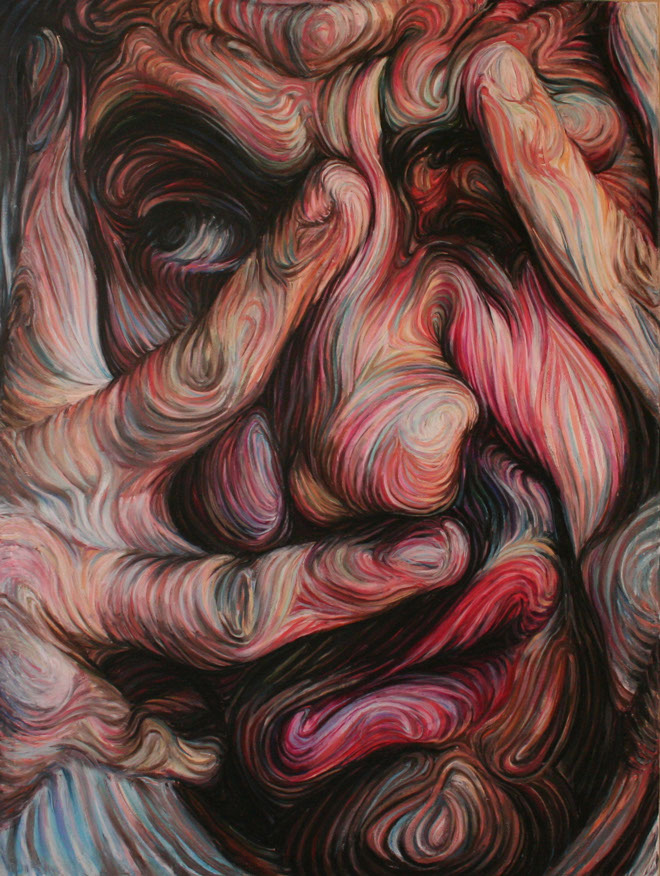 Photographer Takes a Boy with Muscular Dystrophy on an Imaginary Adventure 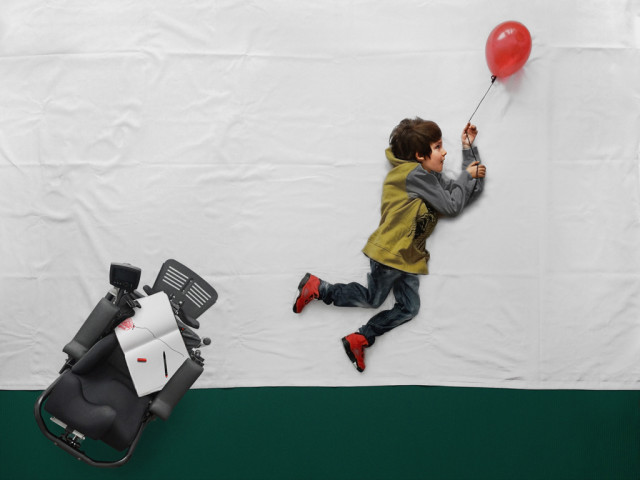 Slovenia-based photographer Matej Peljhan recently teamed up with a 12-year-named Luka who suffers from muscular dystrophy, to create a wildly imaginative series of photos depicting the boy doing things he is simply unable to do because of his degenerative condition. While he can still use his fingers to drive a wheelchair and to draw, things like skateboarding and swimming are simply not possible.

After having a conversation with Luka about his understandably normal desire to play sports or go swimming, Peljan was struck with the idea to create a non-digitally manipulated series of photographs showing the boy conquering a number of imaginary physical feats. The photographer used sheets and other props as a backdrop and shot Luca from above to capture each image, showing clearly the boy’s strength and shared sense of humor. See more photos from the series on the photographer’s website. All images courtesy the artist. (via peta pixel)