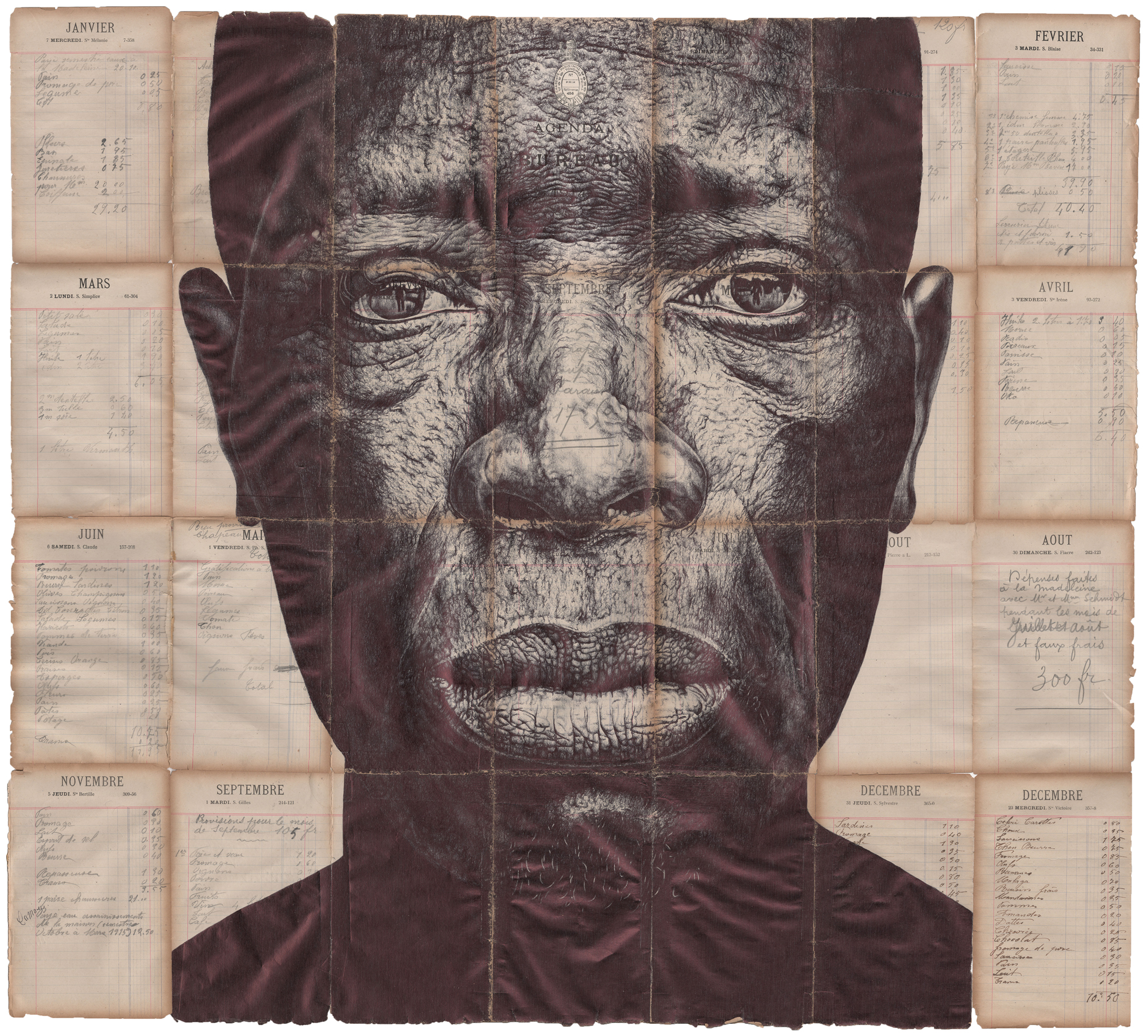 From his Brighton-based studio on the seafront, Mark Powell (previously) pieces together crinkled book pages and postcards laden with travel dispatches. The vintage collages serve as backdrops for the artist’s oversized portraits of older folks, whose pensive stares and deep wrinkles are rendered gently in ballpoint pen. Often magnified, the subjects complement the weathered, ephemeral surfaces that span multiple feet. “I’m currently working on a series of larger works because they have much more impact on the viewer, more confronting yet comfortable I’m hoping. It is also much more tricky because by just using a ballpoint pen no mistakes can be made, and it would be a terrible shame to ruin a map, document, or letter that has survived hundreds of years only to be destroyed by me,” he shares with Colossal.

Each enlarged illustration—which sometimes depicts famous subjects, like Basquiat and Hunter S. Thompson— takes about a month to complete, and Powell generally works on more than one simultaneously. Recently, he’s started to slow down his artistic production as he shifts away from creating for dozens of shows every year. “The past two years, I’ve taken a step back from shows slightly to allow that evolution space to breathe. It has meant that the quality of the work has increased immeasurably (still much room for improvement of course),” he says.

Powell’s detailed illustrations will be included in an upcoming show at Hang-Up Gallery in London. Until then, dive into his repurposed projects on Behance and Instagram, and check out the available prints in his shop.