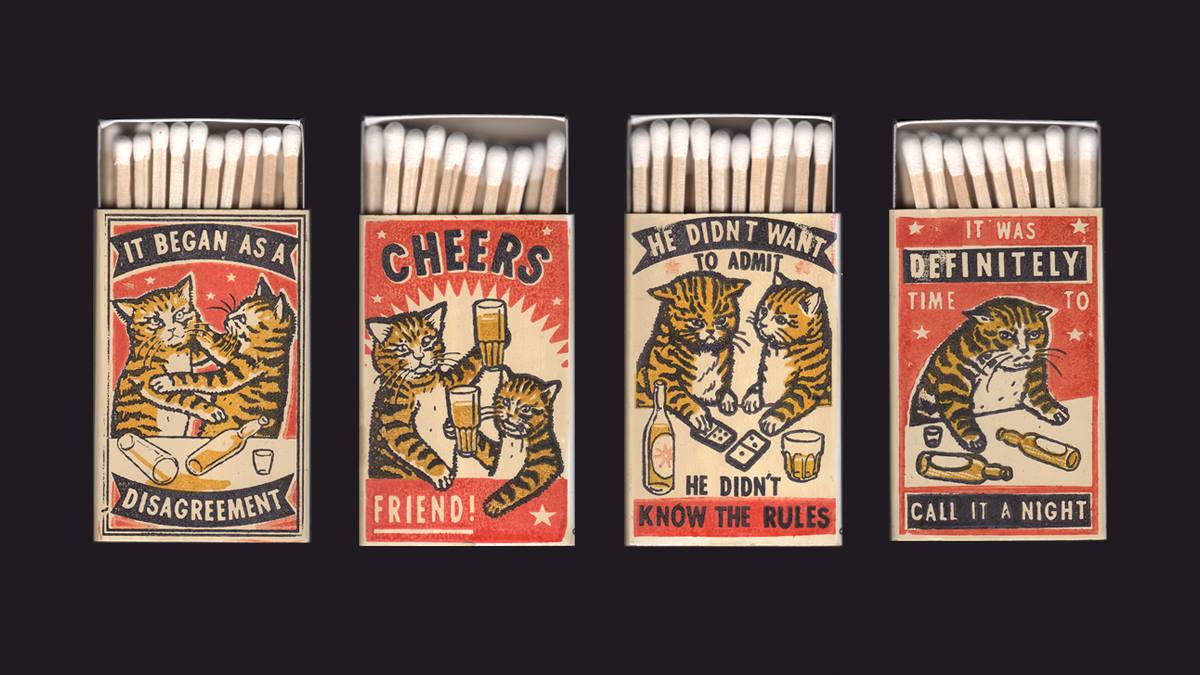 In a statement on her website, Miller describes her guiding principles as an artist: “My aim is to create narrative illustrations that depict magical moments…I often use text to tell part of the story, but like to leave most of the narrative up to the viewer. My guiding rule—which I sometimes break—is Possible, but Not Likely. For example, it’s possible for a vole to sit on a cigarette box and float down a river, but it is not likely. On the other hand, dinosaurs didn’t have laptops and headphones, so I would not draw that.”

The matchbox series “Strike Your Fancy,” which Miller made in collaboration with her husband Ravi Zupa, shows cats staying out late and making dicey decisions. The series is on view at Abstract in Denver through June 30, 2018. Matchboxes are also for sale in Miller and Zupa’s online stores. You can see more of Miller’s clever artwork on her website and Instagram. In her newest artwork, Valerie Lueth has grown intricately intertwined roots and branches to form a 4-color woodblock print titled ‘BRANCHING.’ Lueth, who owns and operates Tugboat Printshop (previously) in Pittsburgh, hand-illustrated one key block and three additional color blocks to combine black, yellow, blue, and grey in the formation of the tree. To create the tree’s subtle shifts in tone and shape, Lueth first drew and carved the key block on 3/4 inch birch plywood. Next, she transferred the image via press onto the three color blocks, and hand-drew and carved each of the three color blocks. Finally, using very precise alignment, Lueth printed all four blocks sequentially on one sheet of paper to create the complete artwork.

The artist describes BRANCHING as “an image of generation and growth,” and it scales thirty inches tall and twelve inches wide. The print is currently available for pre-order on the Tugboat Printshop website. Lueth also shares her works in progress on Instagram. 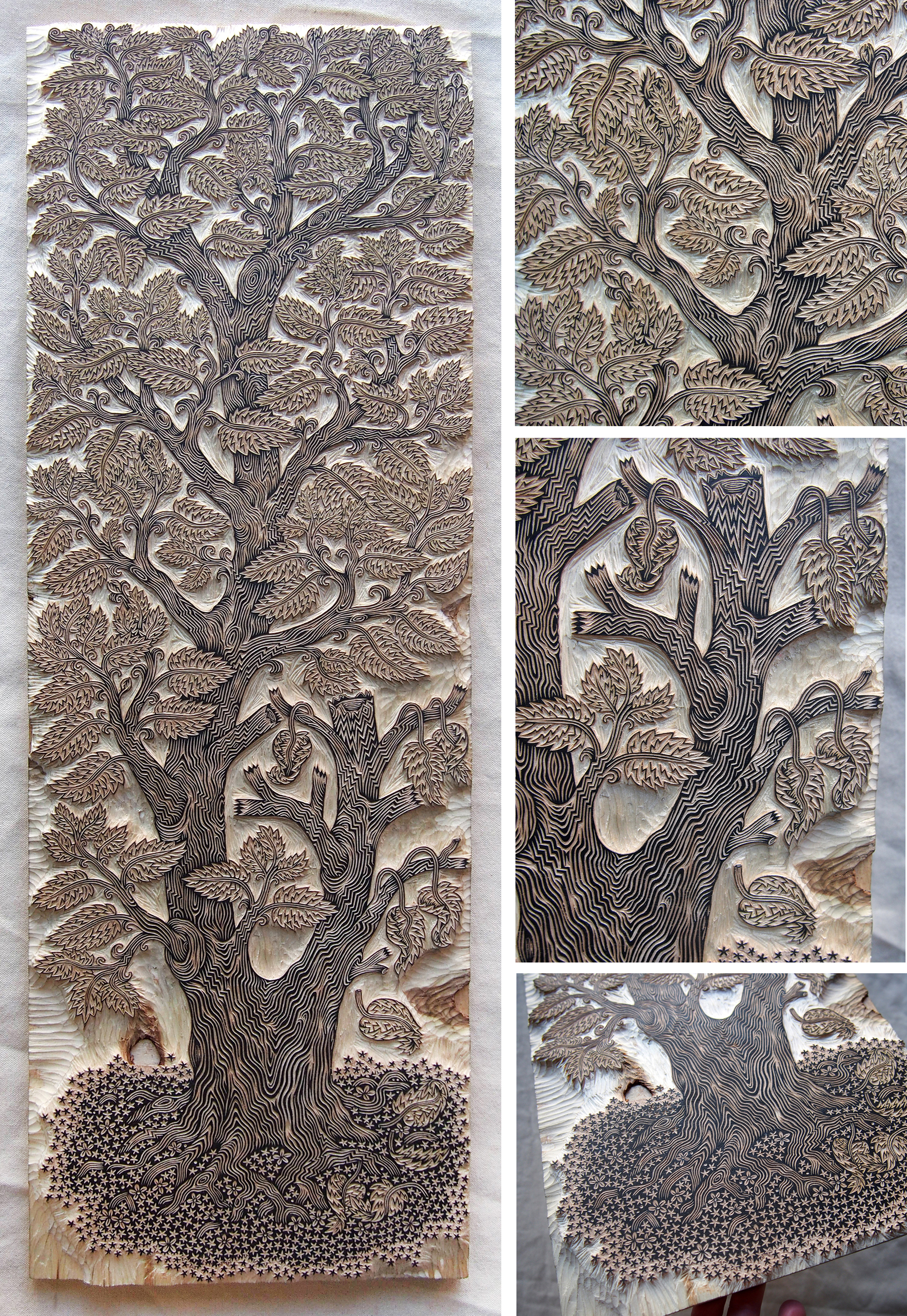 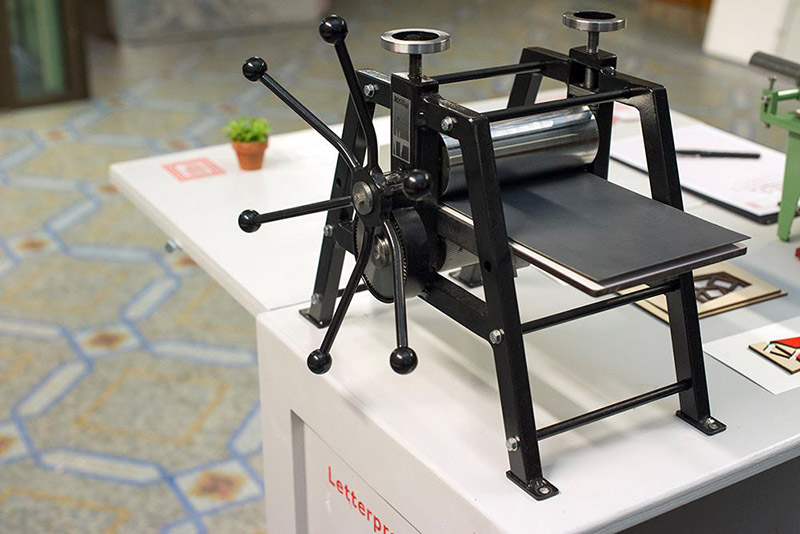