Romania-based architecture collective visualSKIN arrived at the Amsterdam Light Festival with a splash this year, installing a three-dimensional projection of a 17-century ship against a backdrop of water. Titled ‘Ghost Ship,‘ the installation makes use of two intersecting images projected onto perpendicular curtains of water that can be viewed from multiple angles. The piece is in reference to a Dutch East India Company ship, The Amsterdam, that was wrecked in a storm during its maiden voyage to Batavia in 1749.

In a fortunate coincidence, and unbeknownst to visualSKIN beforehand, Ghost Ship also rests on the former site of a large water fountain designed by sculptor Albert P. Termote that was removed more than a decade ago. You can see more views of the installation right here. (via Designboom) 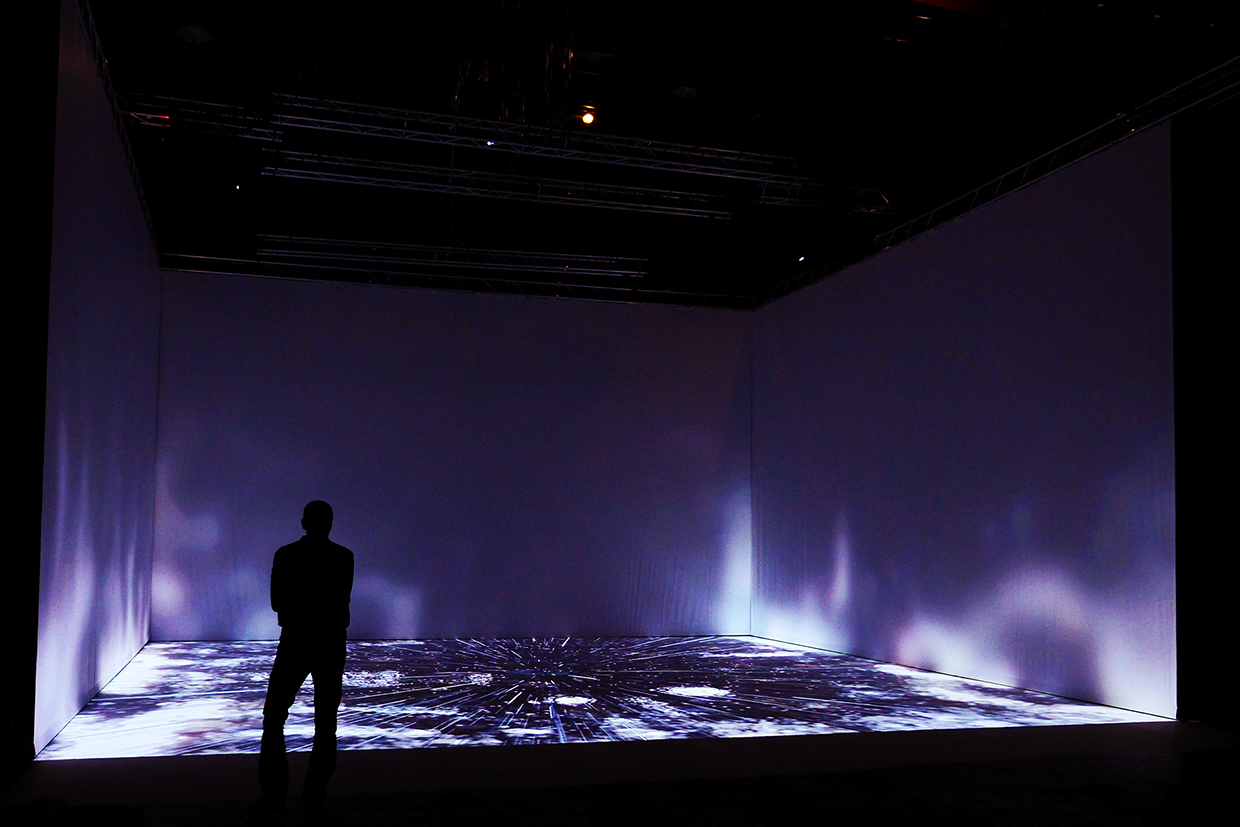 As part of the New Media Night Festival last month at Moscow’s Nikola-Lenivets Art Park, one of the most unusual video-mapping projects we’ve seen took place against the backdrop of Nikolay Polissky’s (previously) brain-like Universe Mind structure. The twisting, serpentine building has been used for years as a centerpiece to many events at the art park which now boasts a collection of almost 30 architecturally-influenced artworks, including a 170-foot trampoline installed in the middle of a forest.

For this year’s New Media Night Festival, media design studio Radugadesign was commissioned to set ‘Universe Mind’ in motion with this 8-minute video projection. If you’d like to get a feel for what it’s like to step inside the building under normal circumstances, check out this interactive 360° panorama. (via The Creator’s Project) Starting tonight through June 9th, the city of Sydney is hosting an annual exhibition of light and music called Vivid Sydney. Dozens of light sculptures and projections will be viewable throughout the downtown area as well as in the Sydney Harbor in an event that is completely free to the public. Looks like a lot of fun. See more on their website and over on Facebook. 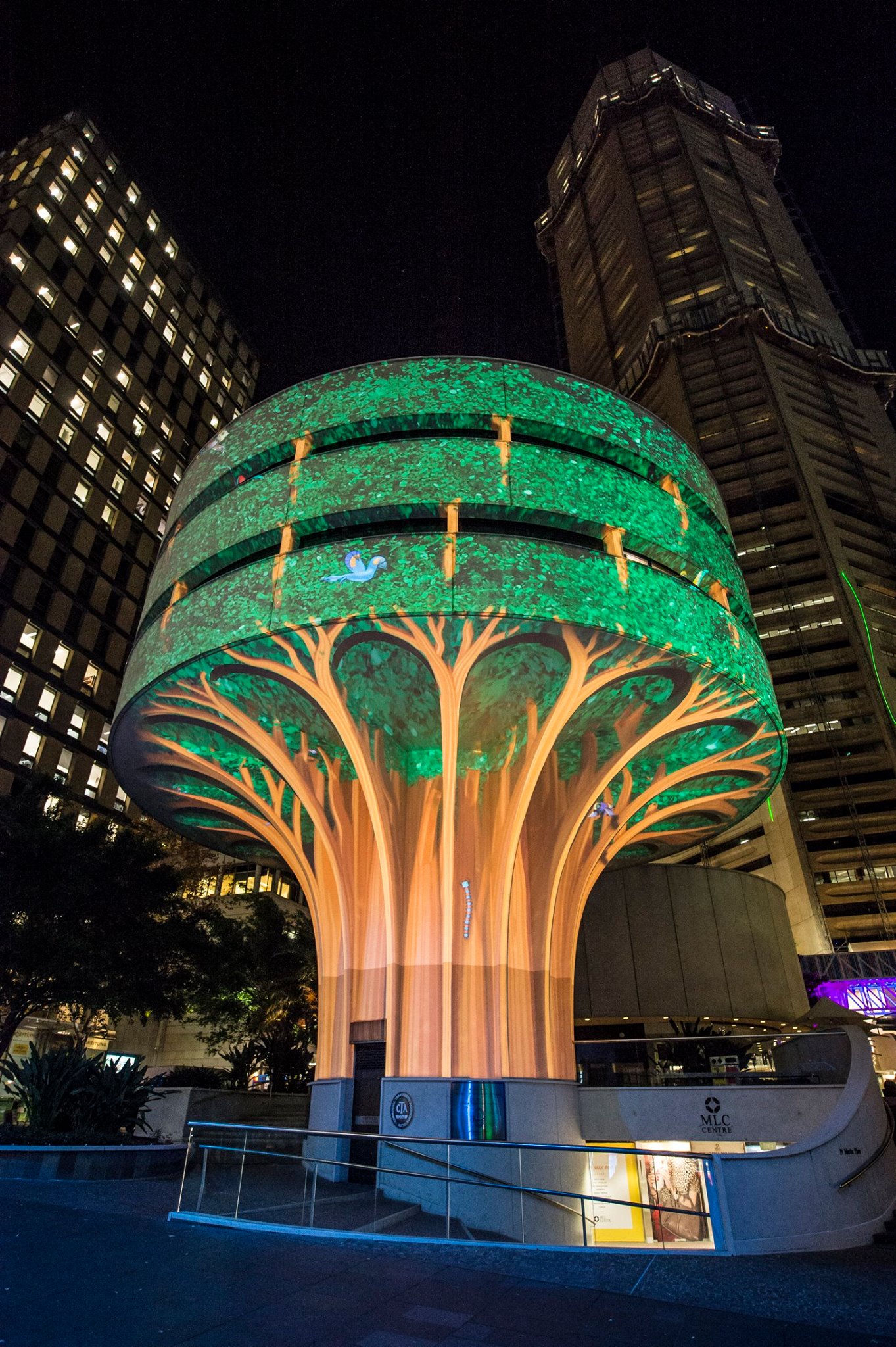 320° Licht: A Repurposed 112-Meter High Gas Tank Converted into a Cathedral of Light German creative studio Urbanscreen have just unveiled ‘320 Licht,’ a massive light projection inside the cathedral-like interior of the 20,000 square meter Gasometer Oberhausen in Germany (the same space that housed Christo’s Big Air Package last year). Urbanscreen utilized both the ceiling and 320 degrees of the interior space of this former gas tank to project a 22-minute loop of digital animation with 21 high-powered Epson projectors.

“This experience is based on the vastness of the Gasometer,” sound designer Jonas Wiese told the Creator’s Project. “We tried to work with that expression to make the space bigger and smaller, to deform it and to change its surface over and over while not exaggerating and overwriting the original effect of the room.” He continues, “the age of the screen is coming to an end, digital interfaces will dissolve and merge into the social space […] we poetically contribute to this through art.”

320 Licht is part of the exhibition The Appearance of Beauty and will be on view through December 30th, 2014. Watch the included video above from the Creator’s Project to learn more about how it all came together.