Wait for the Bus inside a Giant Typographic Sculpture in Baltimore Residents of a neighborhood in Baltimore now have the most obvious place to wait for a bus ever designed. The ingenious stop is comprised of three 14′ typographic sculptures that literally spell out the word “BUS” while functioning as benches and a novel leisure space. The bus stop was unveiled last month by artist collective mmmm…, a creative collaboration between Emilio Alarcón, Alberto Alarcón, Ciro Márquez, and Eva Salmerón, who have been designing public spaces in Madrid since 1998. This is their second project in the United States. Via the collective’s website:

BUS is made with wood and steel, materials that are typically used to build urban furniture. The three letters of BUS are big enough to accommodate two to four people each and protect them from rain, sun, wind, and inclement weather. They allow people to assume different postures of sitting or standing while waiting for the bus. The S allows people to lie back while they wait, and the B provides shelter.

The BUS project was developed in conjunction with SPAIN arts & culture, Creative Alliance, and is part of TRANSIT, a creative placemaking initiative between Europe and Baltimore. You can see much more, here. (via Escape Kit) 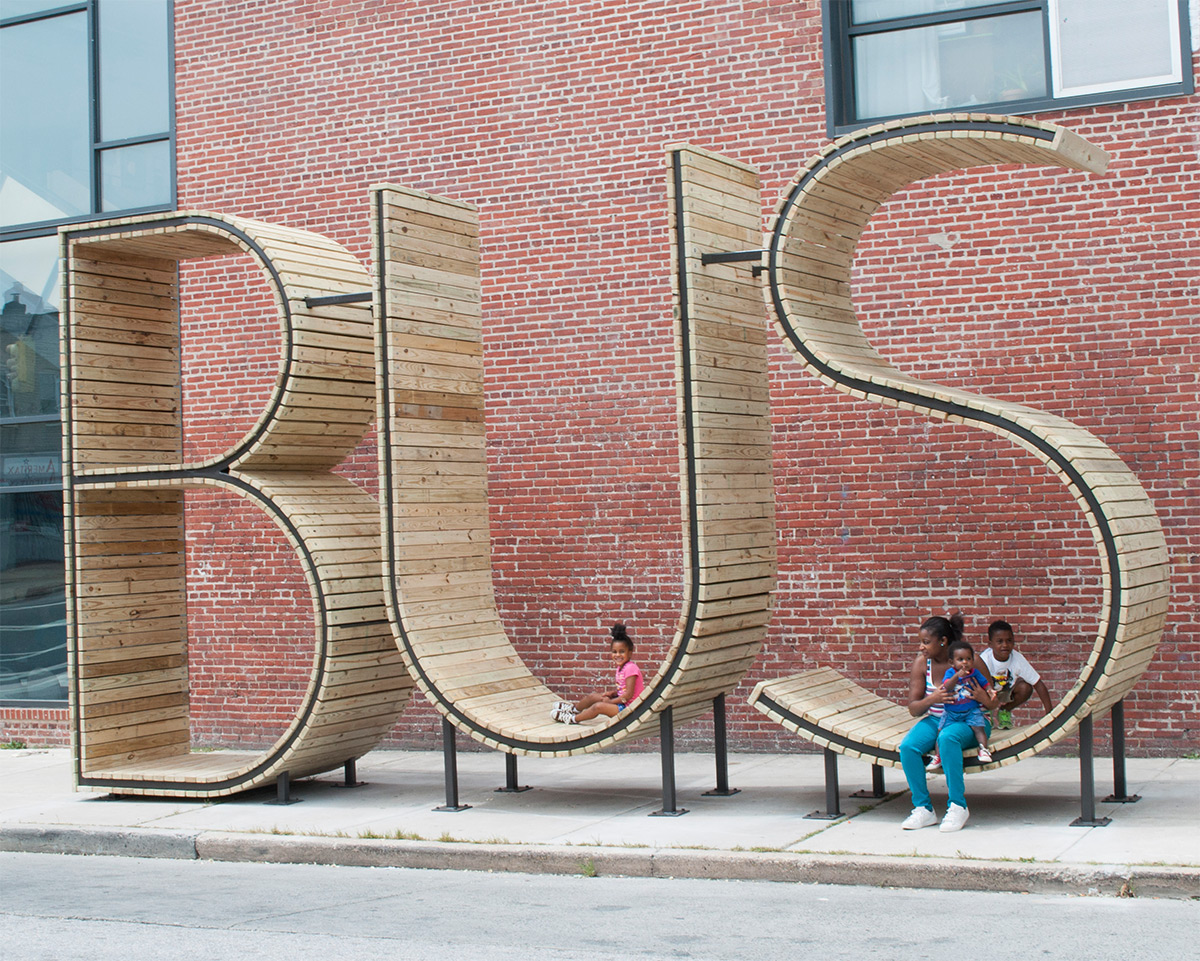 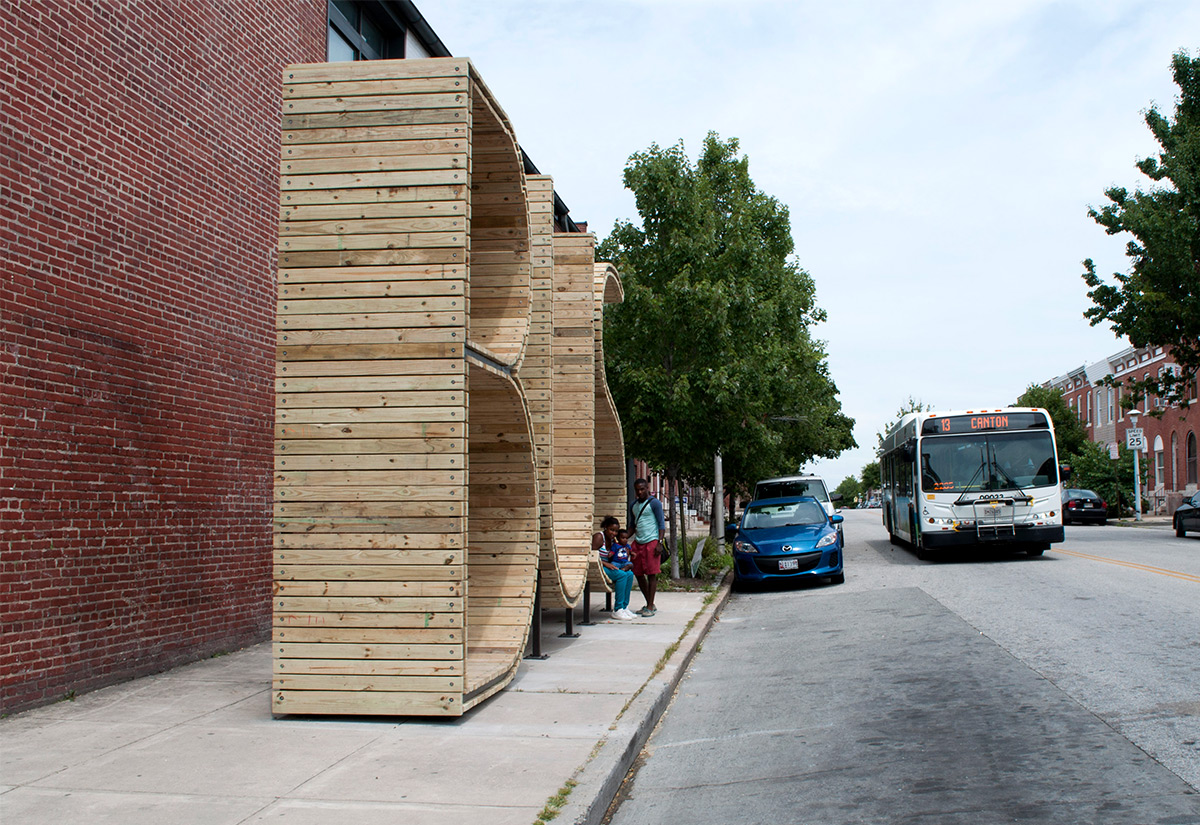