Eighteen towers filled with more than 1,600 apartments were built by architect Emile Aillaud between 1973 and 1981. The housing complex is found in the Pablo Picasso district of Nanterre, an inner suburb of Paris. The residential towers range from 7 to 38 floors, yet each share peculiar windows shaped like futuristic portholes. French photographer Laurent Kronental has long been fascinated by these windows and their towering hosts which serve as the subject of his 2015-2017 series Les Yeux de Tours.

Kronental shoots through these windows to capture the landscape that lies far below their sky-high positions. Many of the images in the series simply focus on the exterior view, while others include  a glimpse into the lives of residents. Curtains and bed linens hint at the owners’ aesthetic preferences, while a few photographs capture more telling objects such as pianos and dishware. 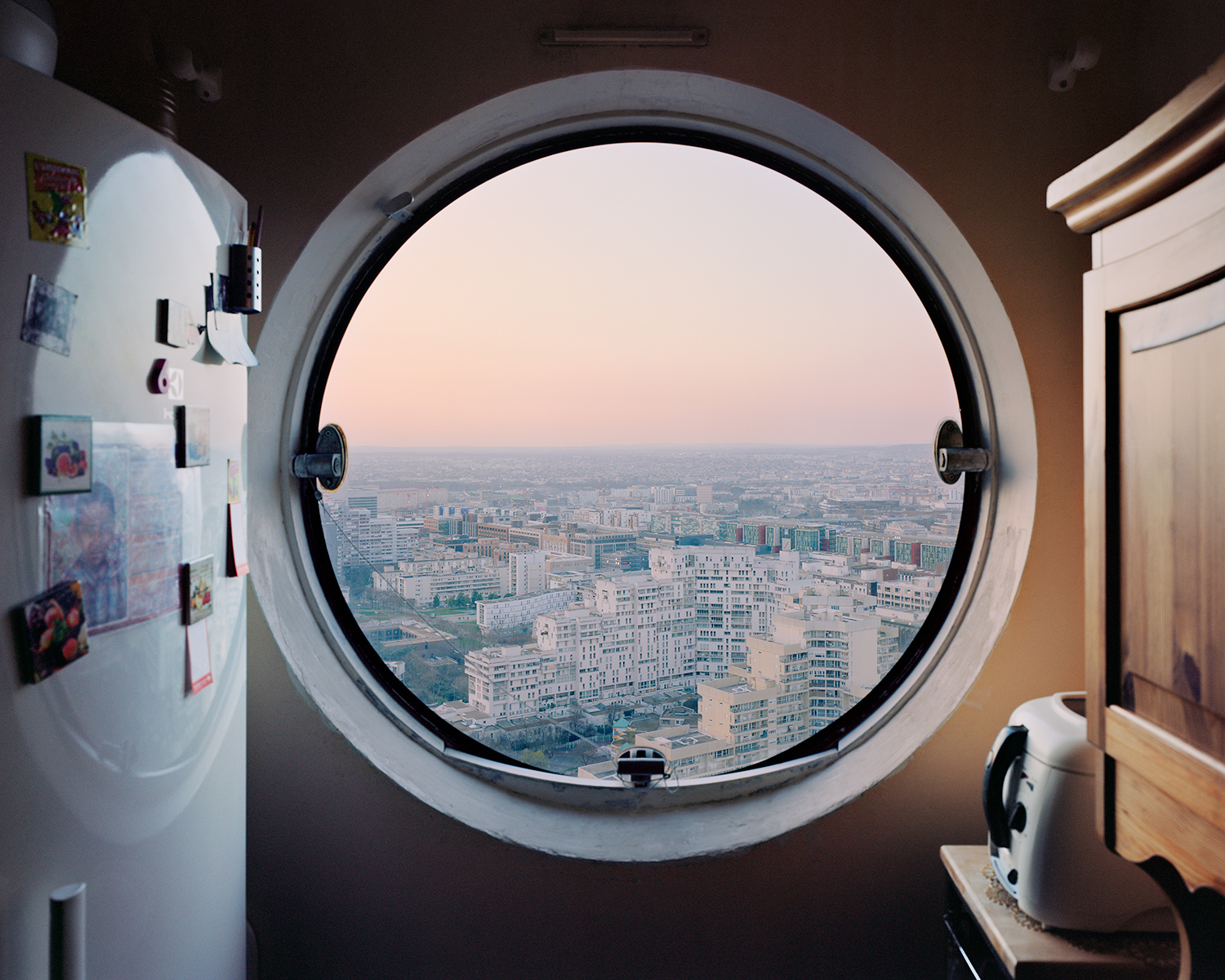 “The mundane and the magic intermesh and merge through the porthole that acts as a two-way eye, the window of a flying living room, of a spaceship galley,” explains a statement about Kronental’s series. The futuristic details built into the architecture are now elements of the past, yet their inhabitants still share the dream of a bright future. The more homely elements of their lives severely contrast the flashy design elements of the buildings’ exteriors, aging wallpaper set against the sleek skyscrapers that exist right outside.

Kronental’s work from his earlier series Souvenir d’un Futur will be exhibited in the group exhibition French Landscapes, a Photographic Experience (1984-2017) at the Bibliothèque François-Mitterrand in Paris through February 4, 2018. The exhibition includes more than 1,000 photographs from 160 artists in order to provide a diverse depiction of the French landscape as seen over the last 40 years. You can see more of Kronental’s work on his website and Instagram. (via This Isn’t Happiness) 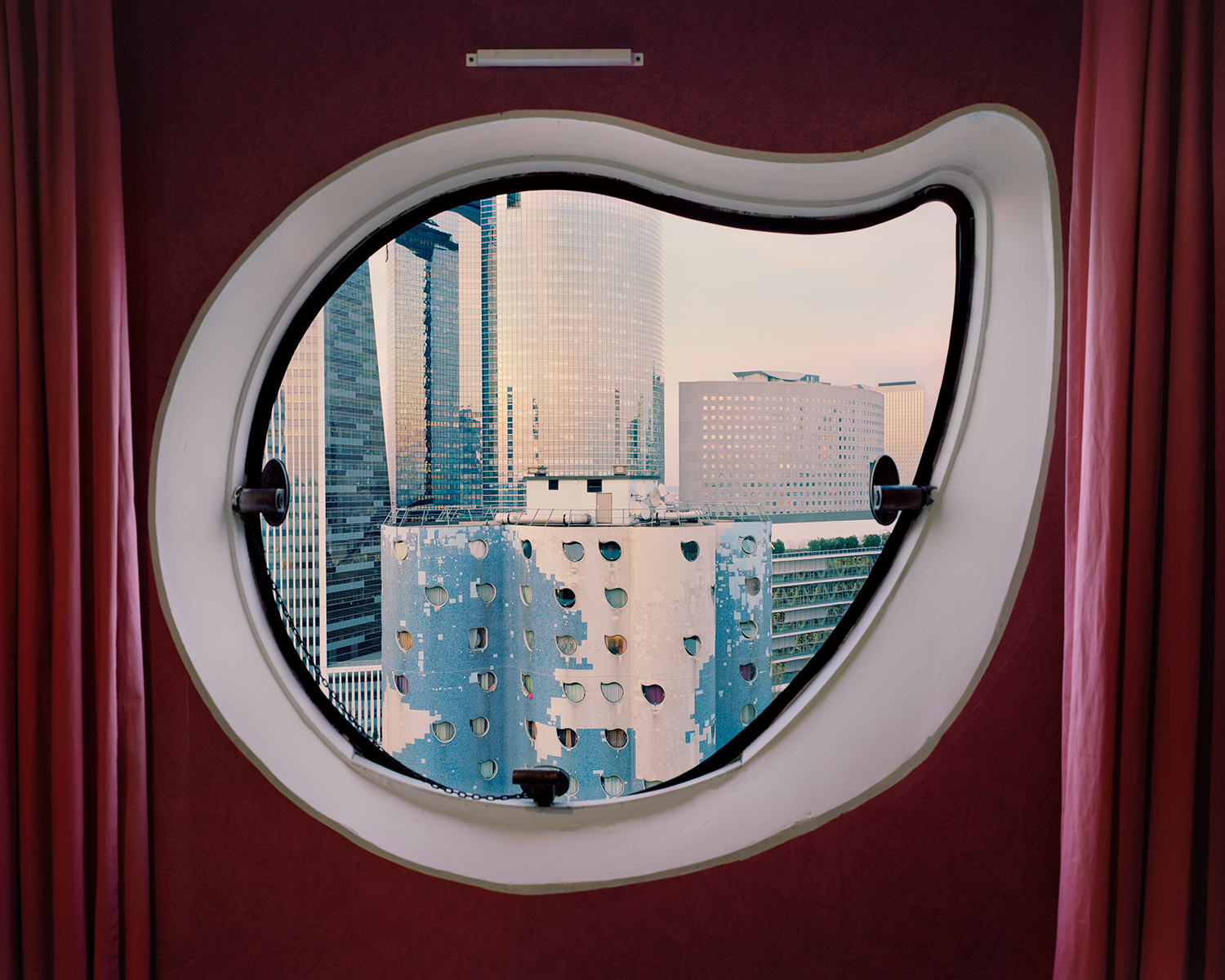