In January of 2016, artist Windy Chien devoted herself to learning a new knot every day for a year, tying a total of 366 by December 31st (2016 was a leap year). Although 366 knots might seem like a staggering number, it is nothing compared to the 3,900 included in Chien’s go-to knot manual—The Ashley Book of Knots, which took its author nearly 11 years to compile.

The daily ritual was both meditative and informative for the Apple project manager turned artist, allowing Chien to access an energetic flow, while also giving her a chance for constant experimentation with line and form. You can see a selection of Chien’s knots on her website, and view the entirety of the project on Instagram. (via Wired) Brazil-based artist Janaina Mello Landini creates tree-like installations with untwisted ropes fastened to the walls of galleries. Titled Ciclotramas, the artworks have gone through 17 different iterations since 2010, each involving some form of ropes that seem to branch through the air and splay onto surfaces like fractals or a network of neurons. Landini says she is interested in creating metaphors surrounding organic structures composed of both interrelated and independent parts, as well as the passage of time, and the “choreography of intertwining lines.” You can follow more of her work here. (via Artsy, My Modern Met) 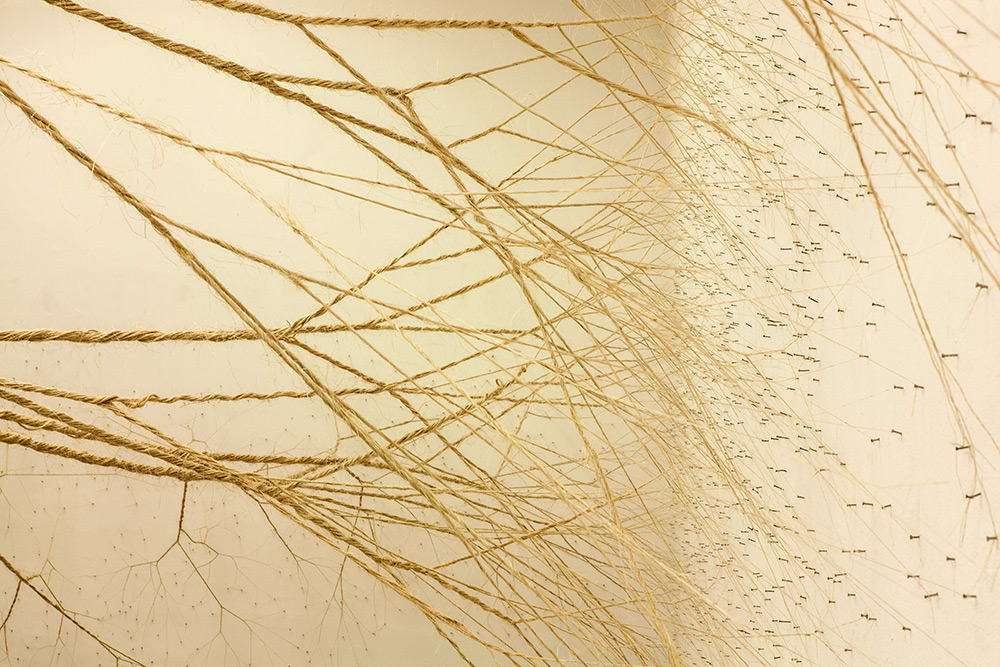