A Mechanical Shark Mural by ‘Phlegm’ in San Diego 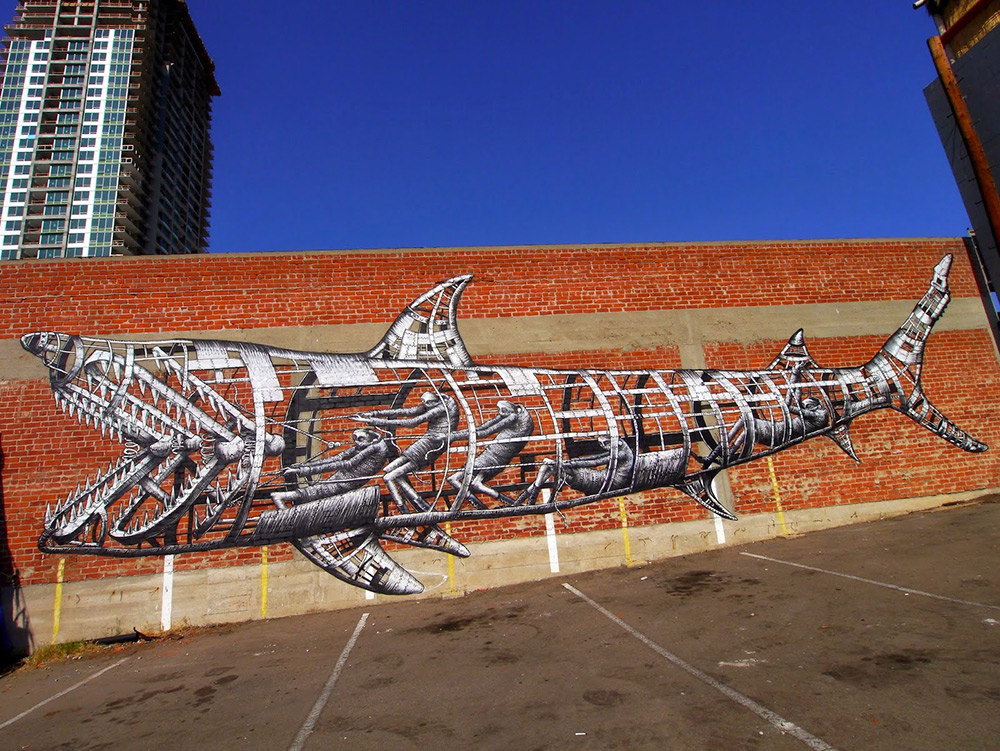 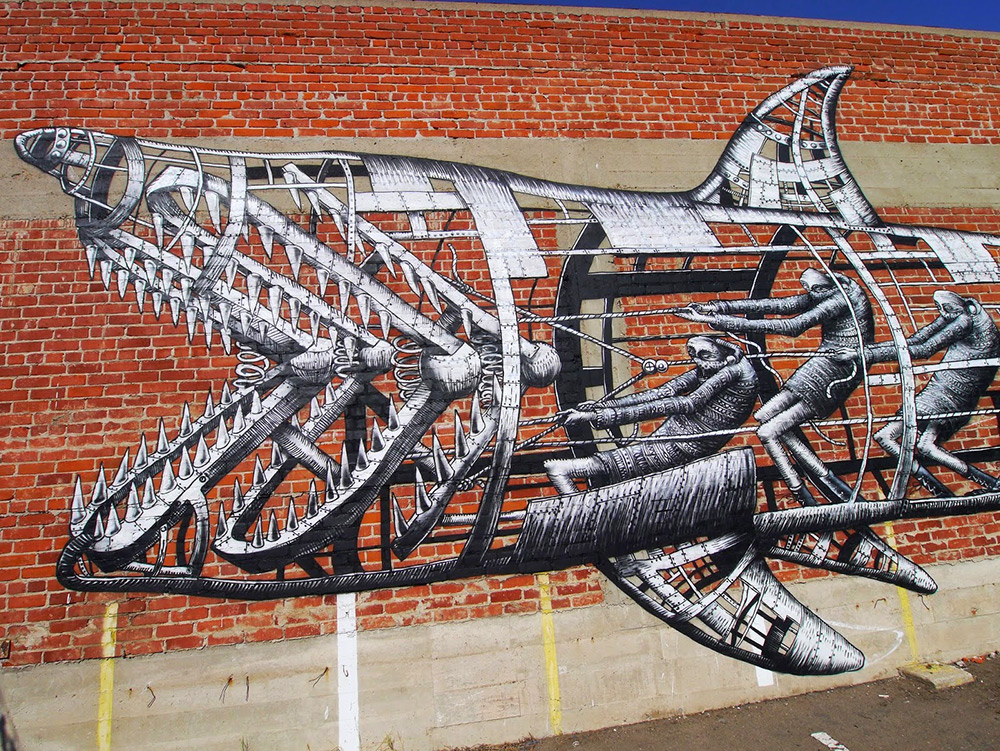 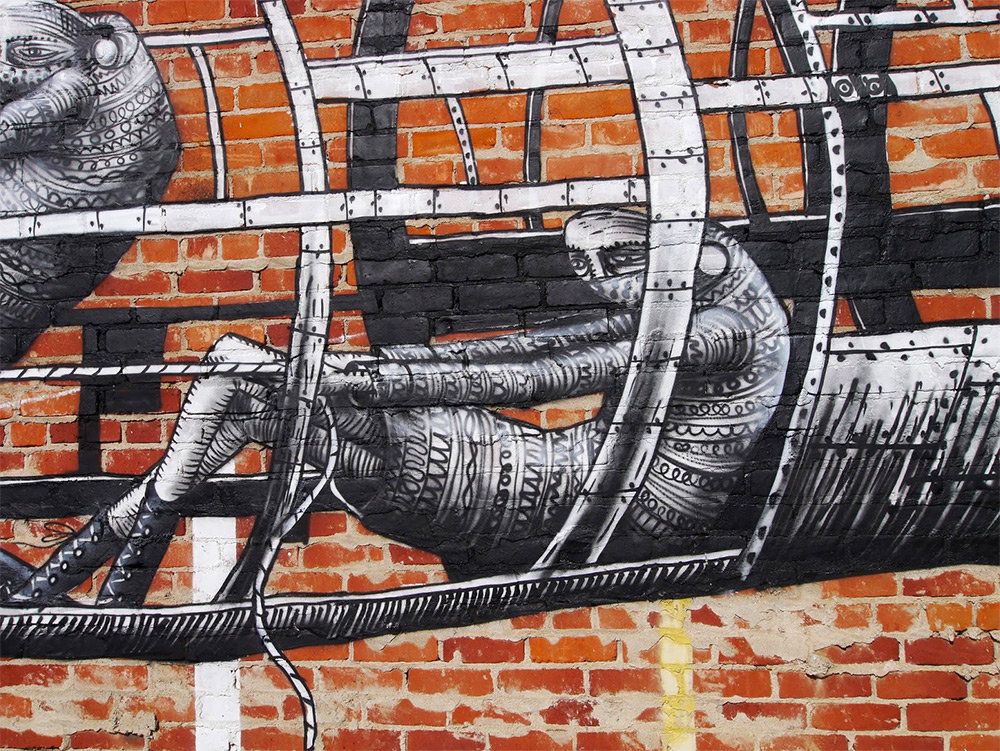 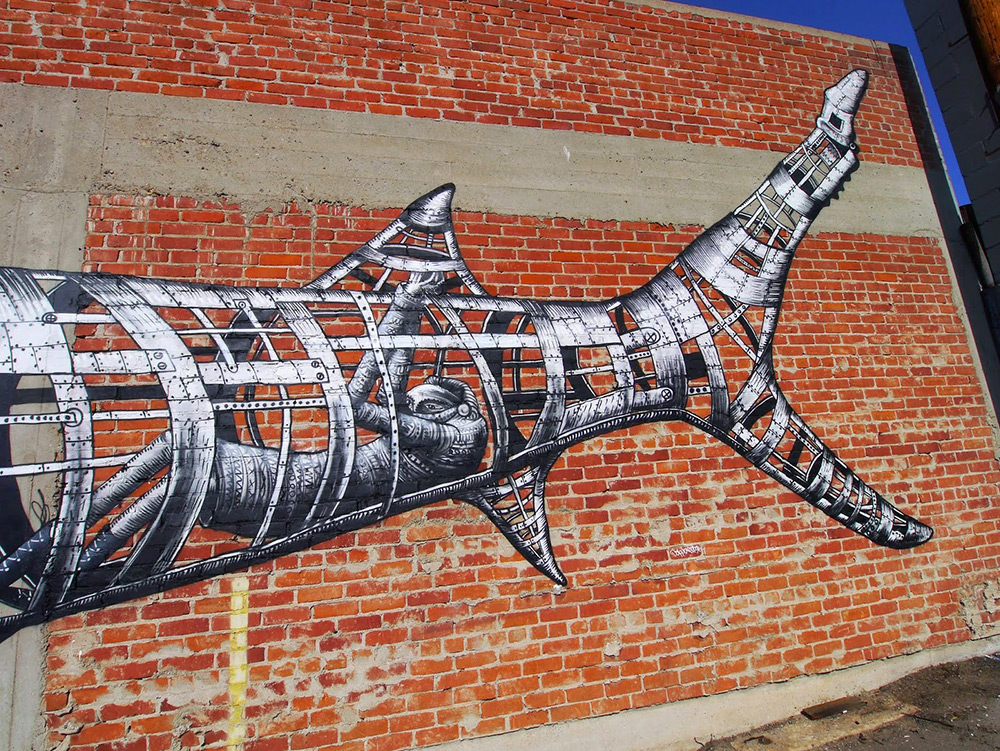 Sheffield-based muralist and artist Phlegm just unveiled this awesome mechanical shark mural for PangeaSeed’s Sea Walls: Murals for Oceans festival in San Diego. The piece is done in Phlegm’s signature black and white illustrative style that often depicts shady masked figures manning the controls of unwieldy machines or contraptions. The Murals for Oceans project involves a collaboration with internationally renowned artists in an attempt to focus attention on major environmental issues involving the ocean. You can see many more pieces by Phlegm spanning the last few months on his blog. (via StreetArtNews)