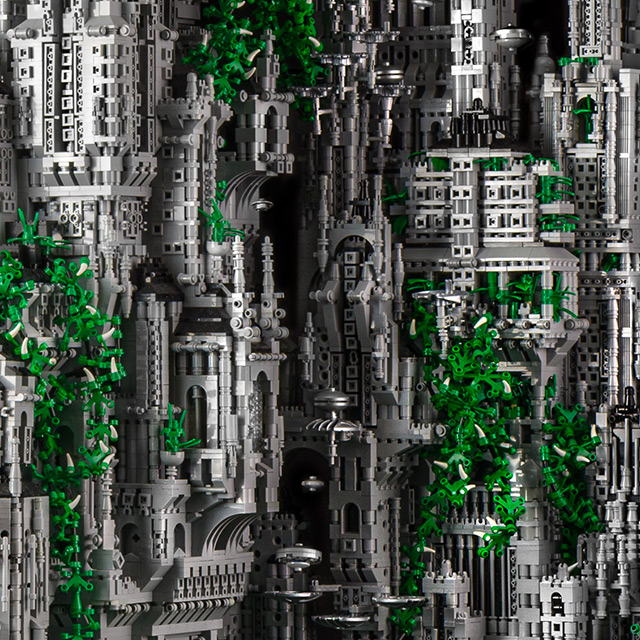 From the brilliant mind of New Jersey artist Mike Doyle (I’ve previously featured his spooky victorian houses), comes Contact 1 the first in a series of grand scale LEGO works “celebrating extra terrestrial contact events, spiritual beings and unique worlds.” The towering world is the culmination of some 600 hours of work using 200,000 individual bricks and stands nearly 5 feet high by six feet wide. Doyle is offering limited edition prints and DIY instructions on how to create individual portions of Contact 1 over on Kickstarter.