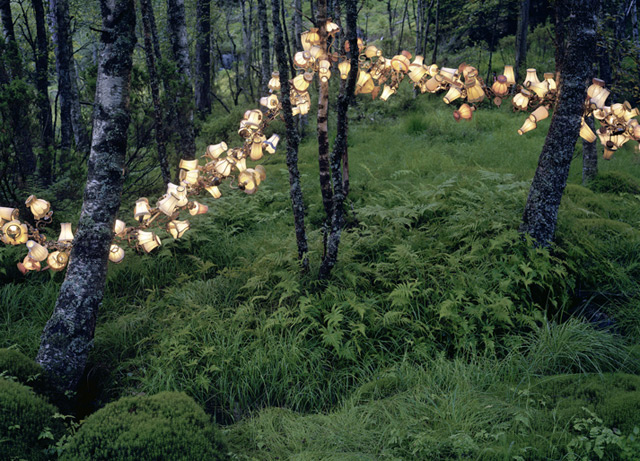 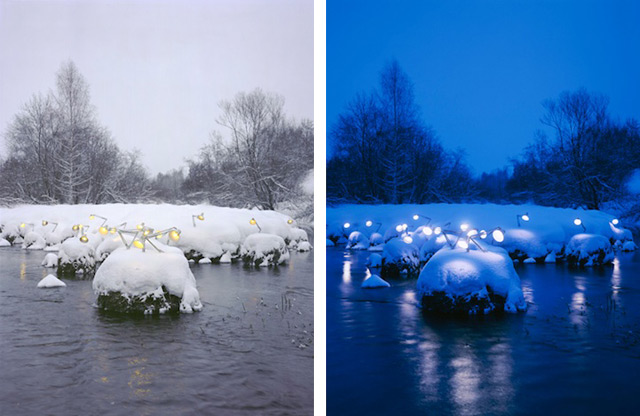 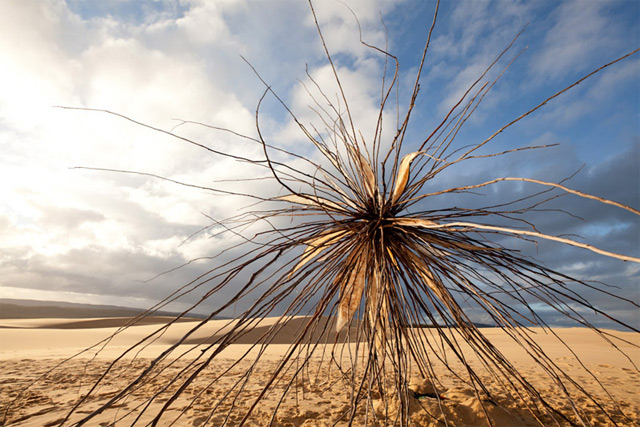 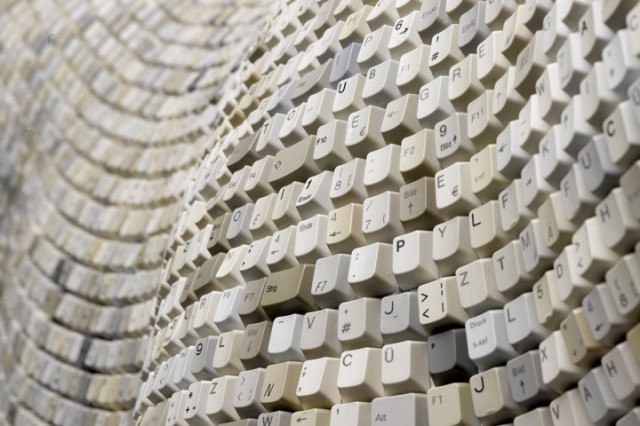 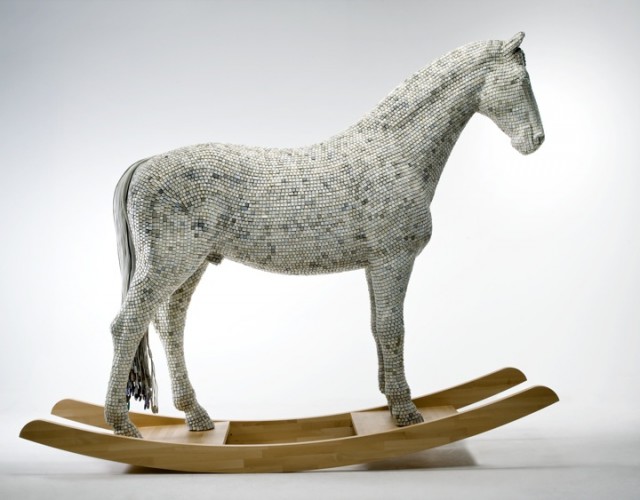 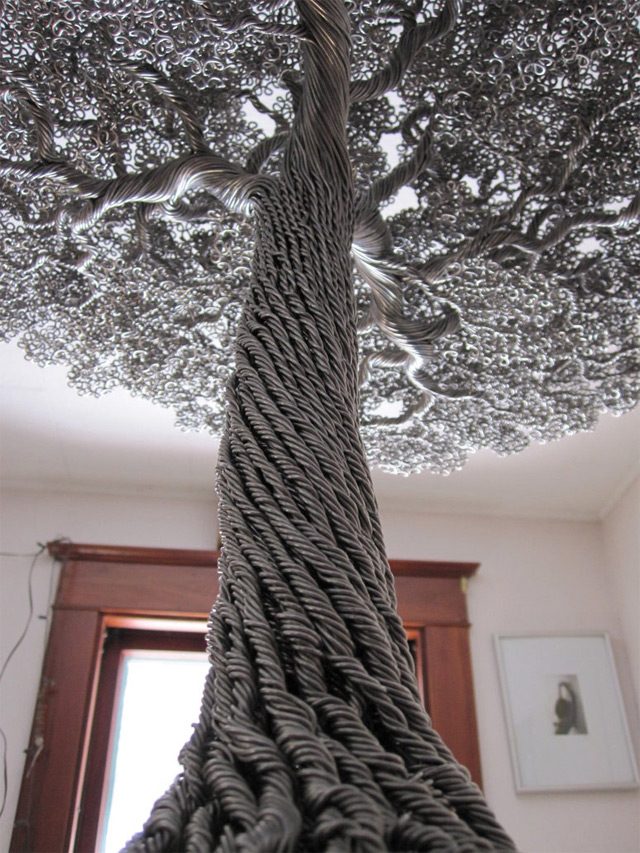 In his early 20s, Wisconsin artist Kevin Iris became obsessed with growing small bonsai trees and over time he amassed a miniature forest of over 20 trees in his home. One aspect of shaping bonsai trees is learning how to properly “train” the branches to grow in a certain direction. This is often accomplished by using stiff wires wrapped around the branches to slowly guide them in the right direction. At one point Iris had a particularly stubborn tree nearly encased in wire when he suddenly he could make things a lot easier for himself by removing the tree completely. Years later he’s made dozens of wire trees that have appeared in galleries and juried shows, some of which are even available for sale online. 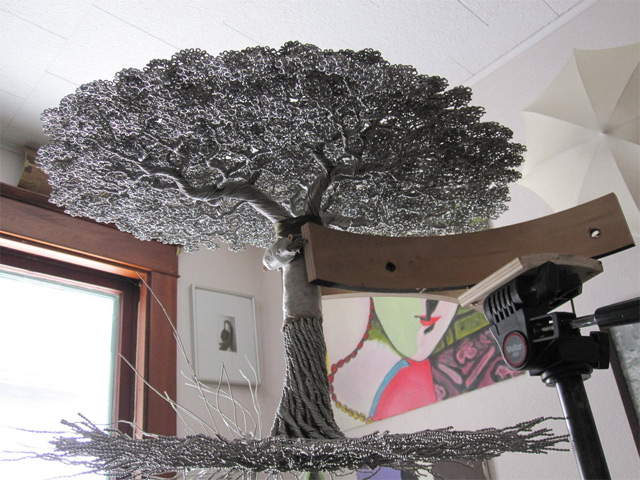