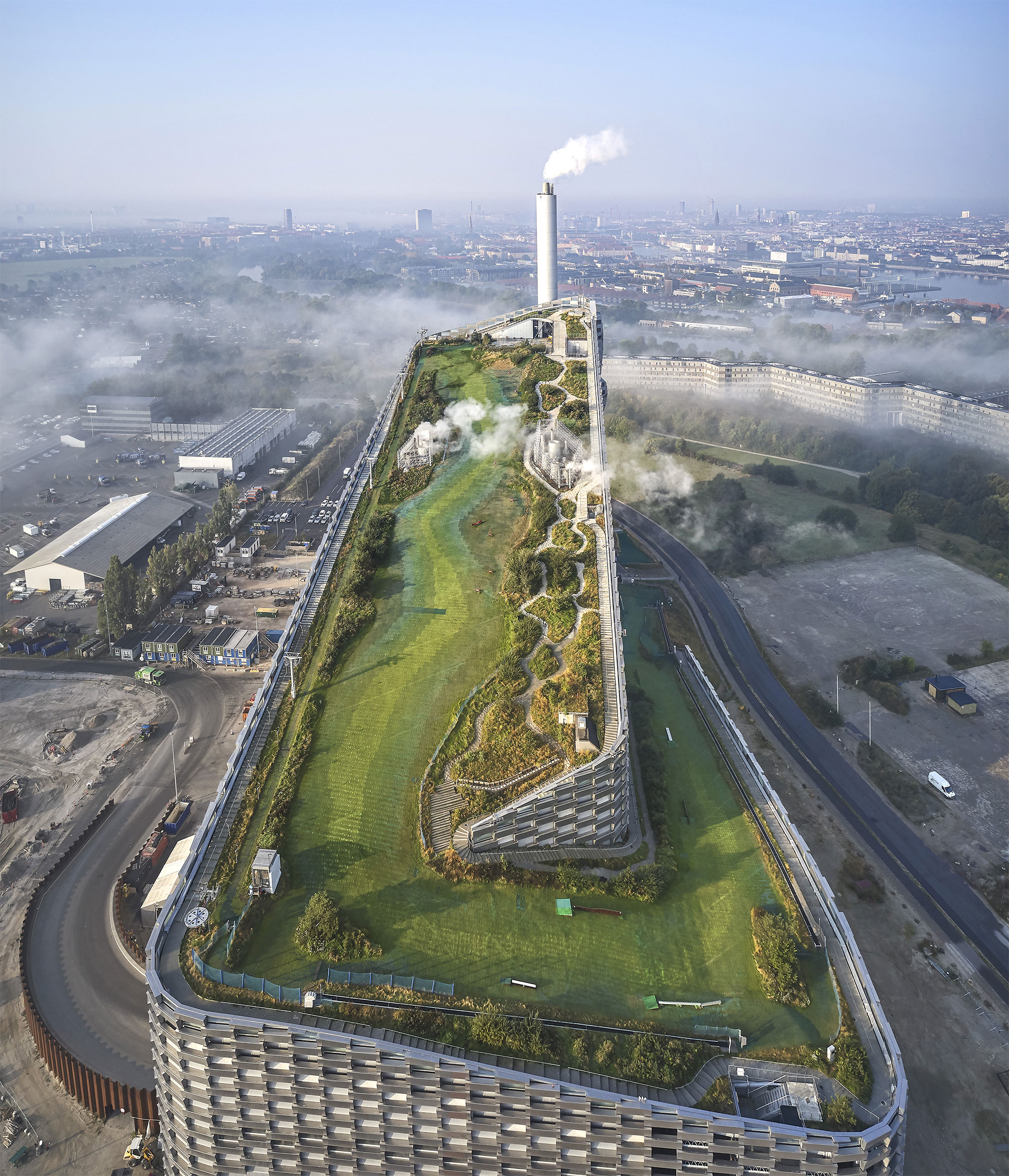 A year since its opening, the snow-free ski hill and entertainment hub that sits above a waste-to-energy power plant in Copenhagen is fully open to outdoor enthusiasts. New aerial photographs from Hufton+Crow capture the rooftop complex Copenhill (previously) through a blanket of fog, revealing the now lush landscaping that lines hiking trails and visitors as they peer out over the surrounding water. The multi-use site, which is located at the Amager Resource Centre, even has the world’s tallest climbing wall, an 80-meter-high rock structure that scales the entirety of the building.

Copenhill is the project of Danish architectural firm BIG and is the highest outlook in the capital city. The new complex also boasts multi-faceted energy reuse, with the indoor plant converting waste into heat for residents’ homes, while the biodiverse hill outside absorbs heat, filters the air, and minimizes water runoff. 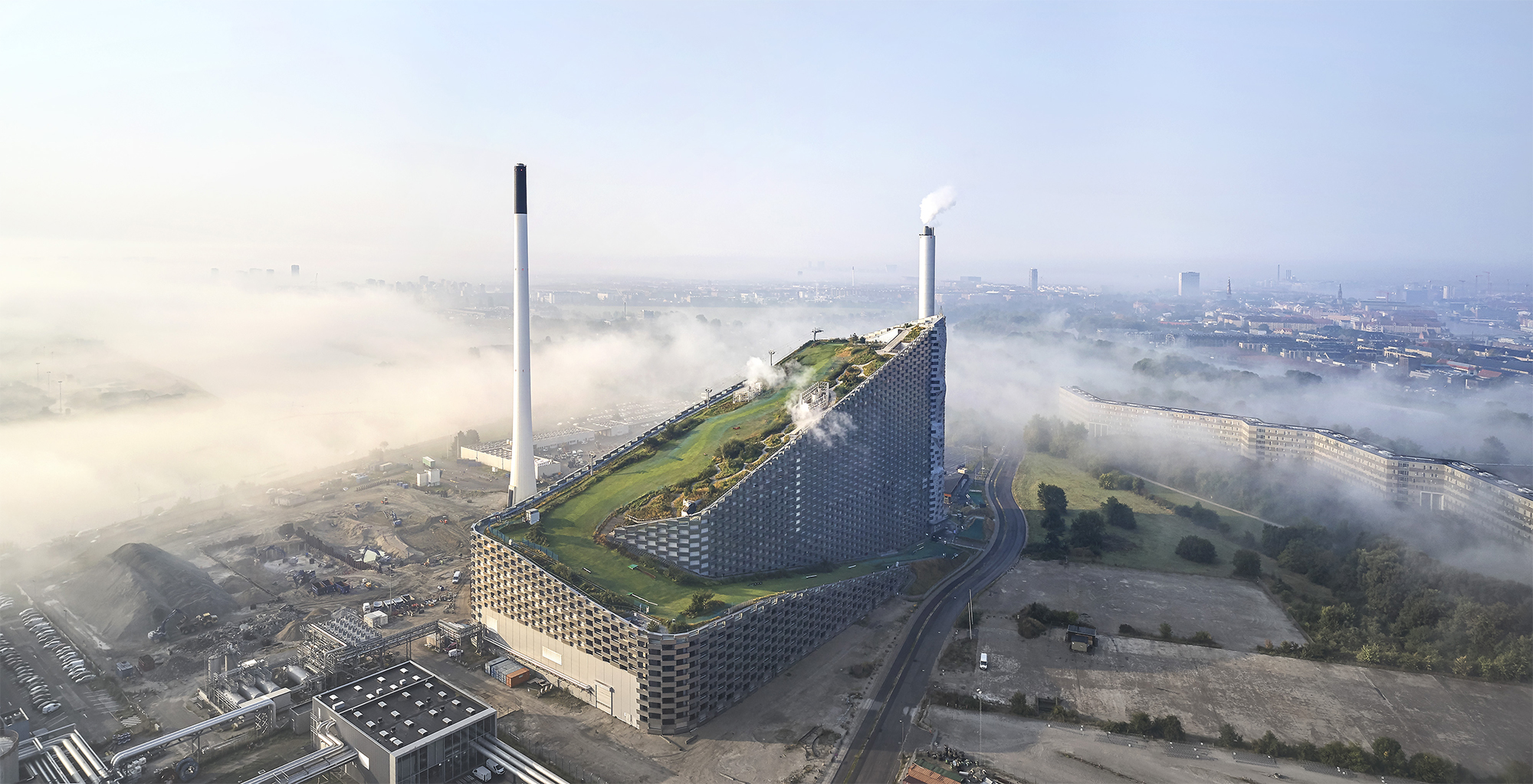 Centriphone: A Skier Uses an iPhone and Sling to Film Dramatic ‎360° Footage of Himself While Skiing

After two years of tinkering and experimenting Swiss freeskier Nicolas Vuignier just shared a video of what he calls a centriphone, a device that works like a sling to hurl his iPhone 6 through the air while he skis down a mountain. Played back in slow motion the footage is incredible as Vuignier remains perfectly centered in a dramatic 360° loop. (via Reddit)