This Is Not a Gun: An Interview with Cara Levine Explores Collective Trauma, Grief, and the Power of Ritual In December 2016, Harper’s Magazine published a list of more than 20 objects that had been “mistaken for guns during shootings of civilians by police in the United States since 2001.” Artist Cara Levine found herself stunned then grief-stricken by the items, prompting her to launch the multi-faceted This Is Not a Gun project, which she discusses in the latest interview supported by Colossal Members.

I needed to slow down and understand what I was looking at because I don’t want to live in a world where someone can be killed eating a sandwich. We are getting this information so fast. I decided first to carve. I thought, “If I can carve a sandwich, somewhere in the process, from block of wood to sandwich I can understand how someone might think this is a gun. If I just spend all the time understanding its form, maybe I’ll understand how it was mistaken as a gun.”

As Levine explains in her conversation with Colossal contributor Paulette Beete, she wasn’t naïve about gun violence or how often it occurred in Black communities at the hands of police. What she found unfathomable, however, was how these everyday objects could be interpreted as threats. So she turned to her art as a way to understand the seemingly understandable. In this interview,  Levine speaks about how This Is Not A Gun has informed and evolved her practice, her understanding of both individual and collective grief and trauma, and the importance of ritual. A This Is Not A Gun workshop An online exhibition by The Earth Issue, an artist collective interested in the intersection of environmental activism and social justice, centers on the symbolic power and precarious nature of the flower. Considered both a sign of love and an offering to make amends, plants in bloom are often sites of cultural contradiction, a theme that runs through the dozens of photographs in Strange Flowers—the show is titled in reference to Billie Holiday’s anti-lynching protest anthem “Strange Fruit.”

“Beauty felled in its prime. Taken without consent, their stems ripped from the earth, their connection to life severed, petals pulled and crushed underfoot. Just like George Floyd, Breonna Taylor, and countless other innocent victims of racial injustice and police violence,” says a statement about the expansive collection.

The Earth Issue is selling prints of each of the works in its shop through April 11, and a portion of the proceeds will go to BIPOC communities. See some of Colossal’s favorites below, and peruse all the photographs on the collective’s site. (via Juxtapoz) Write for Rights: An Illustrated Campaign for Amnesty International Aims to Free People Who Are Imprisoned A new campaign for Amnesty International exemplifies the power of the pencil in a moving series of illustrations by Bristol-based Owen Gent. Led by creative agency Cossette, the initiative was was designed for Write for Rights, an annual effort striving to free people around the world who are imprisoned unjustly. In the last two decades, it’s proven highly effective and boasted a 75 percent success rate after helping release 127 people.

Set on bold backdrops, Gent’s illustrations each utilize an oversized pencil that stands in for a spotlight, camera flash, boat’s wake, and sound booming from a megaphone, representing the issues facing this year’s targets—read more about Melike Balkan, Özgür Gür, the El Hiblu 3, Khaled Drareni, and Nassima al-Sada on Amnesty International’s site. The poignant renderings serve “as a reminder that even the smallest gesture can have a huge impact—it can change lives,” Cossette says.

Write for Rights is the world’s largest human rights event that generates millions of letters sent around the globe each year. You can find out more about this year’s efforts and how to join on the organization’s site. 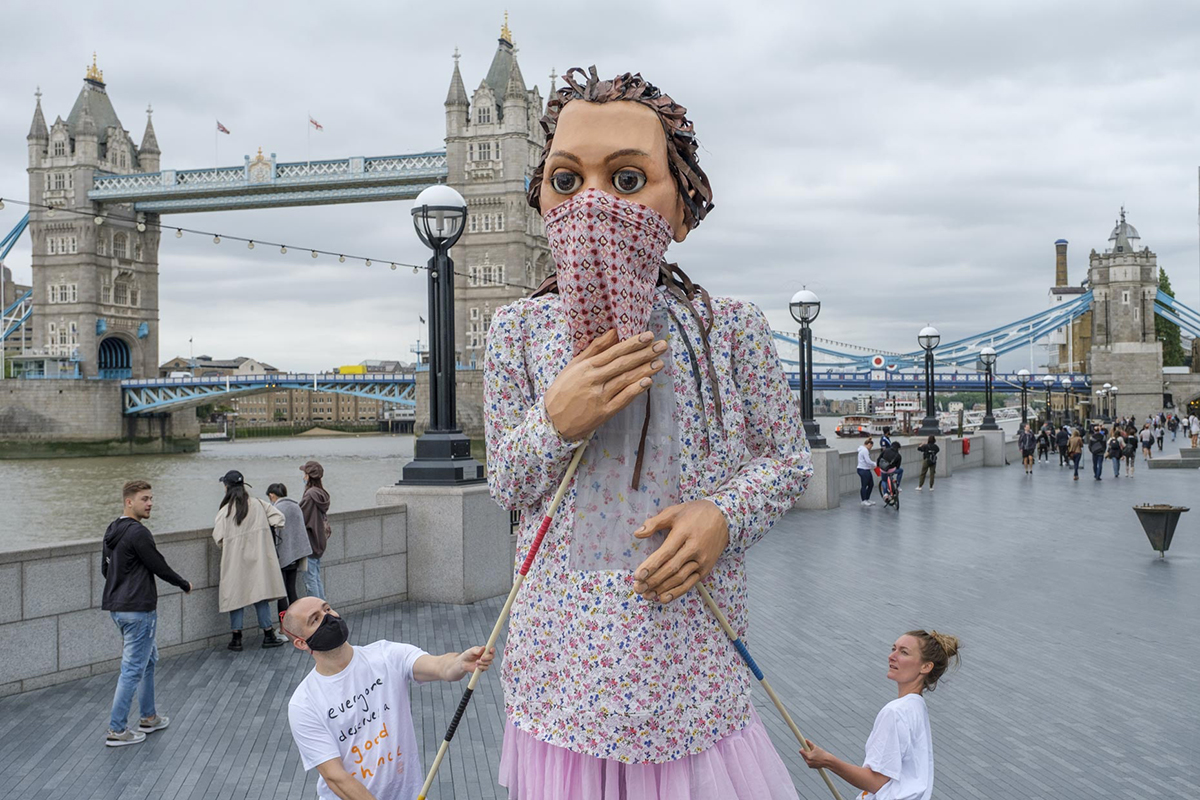