The Attention Economy: An Animation Visualizes the Endless Onslaught of Digital Distractions

If you’ve scrolled through Twitter while reading Jenny Odell’s How to Do Nothing or Cal Newport’s Digital Minimalism, you understand the wide-reaching grip technology has on our attention. A new project by London-based animator Olga Makarchuk visualizes the daily abundance of digital distractions, from texts to social media pings to neverending email. Through quirky illustrations that are constantly in motion, “The Attention Economy” captures the modern desire to scroll endlessly and grab a device when there’s a moment of downtime. It’s based on research from James Williams, a former Google employee, who’s critical of the ways companies capitalize on distraction and have turned attention into a commodity.

Makarchuk has worked with a variety of media organizations and brands to tell a diverse array of stories ranging from the effects of anthropocentrism to the life of an Olympian. To watch more of her work, head to Vimeo and Instagram. 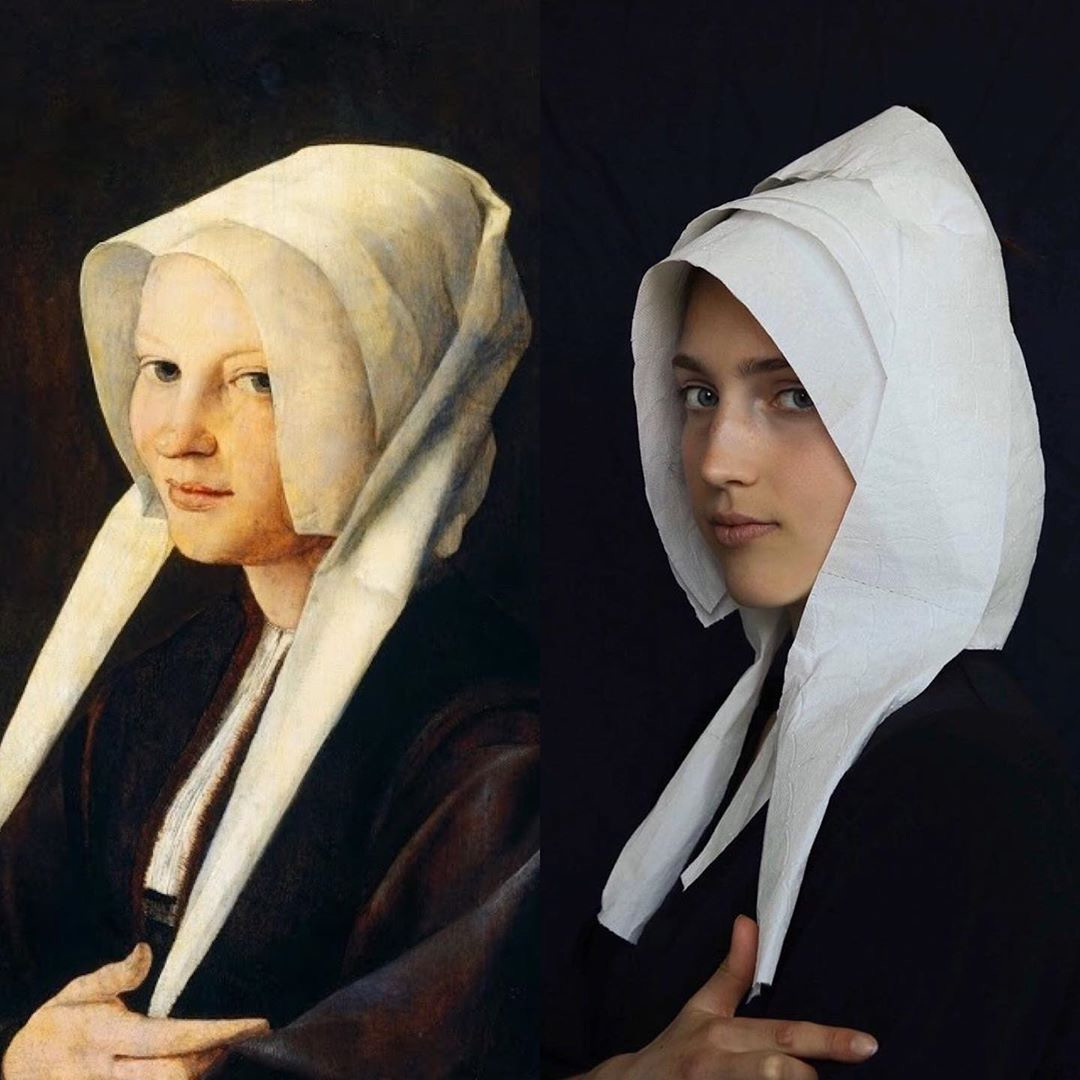 Image via Between Art & Quarantine

By sporting a bonnet fashioned out of toilet paper and clutching a celery-stalk cigarette, people are finding ways to engage with their favorite artworks from a distance. This week, the Getty challenged folks to imitate classic pieces with whatever they can find around their homes and since has gotten thousands of hilarious (and well-done) responses.

The Los Angeles museum’s call was inspired by the account Between Art & Quarantine, which has been asking people to choose three aspects of their favorite works to recreate using anything they’ve got at home, hence the pets, kids, and vegetables in the mix. Check out a few of the Getty’s picks on its Instagram, and don’t forget to take a peek this hashtag for some gems. (via Design You Trust)

A post shared by Tussen Kunst & Quarantaine (@tussenkunstenquarantaine) on Mar 31, 2020 at 8:50am PDT We can only imagine the job description: Science Foundation seeks expert visual effects designer to create robust social media presence for imaginary insect influencer. B., billed as the world’s first bee influencer, reports from Instagram-friendly locations like Montemartre in Paris and beachfront lounge chairs. Channelling trends among young female influencers, B. flaunts her figure, does yoga in pretty places, and hosts Story A.M.A’s, answering queries about her favorite musicians (Beethoven, the Bee Gees, Beeyonce). B’s captions are a blend of educational and quippy—a “photo” of her rowing is captioned “I have only one flaw… (LOL) I don’t know how to swim!”

Following in the footsteps of other scientific non-profits like the California Academy of Sciences and the Field Museum in Chicago, Fondation de France seeks to meet people where they’re at—which is, by and large, on social media. Humor, au courant language, and memes have become powerful tools to convey important messages about our past, present, and future world.

But whereas other institutions use strong voices on social channels to indirectly raise funds through increased museum attendance and perhaps larger sponsorships for exhibitions, the foundation is channeling income directly from their in-house influencer. Companies and organizations who feel that their brand identity aligns with B. can pay the rising-star insect to promote their products in the same way that a #vanlife influencer might pose with a brand of potato chips or shampoo. The fees that a company pays for exposure with B. go directly to Fondation de France’s BEE FUND, which the 50 year-old foundation created “to fund the actions considered as the most fundamental and urgent in the protection of all species of bees.”

You can follow along with B. on Instagram. If you or your company is interested in working with her as an influencer, find out more on the Fondation de France’s BEE FUND microsite.