Swiss sound artist Zimoun (previously) harnesses the power of quick, chaotic movements in his large-scale installations and kinetic sculptures. Each artwork is composed of simple materials like cardboard boxes, wooden dowels, and cotton balls, among other common objects. Zimoun assembles multiples of the same configuration—think teetering sticks and metal washers suspended on a wire—and motorizes one portion, causing them to rattle back and forth.

Because each component is made by hand, they have slight differences that prevent them from synchronizing, despite all the motors being connected to a single current. The frenzied movements contrast the calming, whirring sounds the artworks emit, which mimic raindrops or a repetitive drum. This juxtaposition is just one example of the many comparisons the artist draws: chaos vs. order, mass vs. individual, simplicity vs. complexity, and manufactured vs. organic.

Considering this theme, Zimoun names each piece by listing the materials used to connect the discrete components and the whole. For example, a recent project that forms a square on the floor (shown below) is titled “1944 prepared dc-motors, mdf panels 72 x 72cm, metal discs Ø 8cm, 2020.” “In my work, I do not try to transport specific associations but rather to create atmospheric spaces and states that invite us to observe, think, and reflect on various levels,” he says.

In the compilation video above, Zimoun showcases a variety of the sculptures and installations from his extensive body of work, many of which you can explore individually on Vimeo and follow on Instagram. 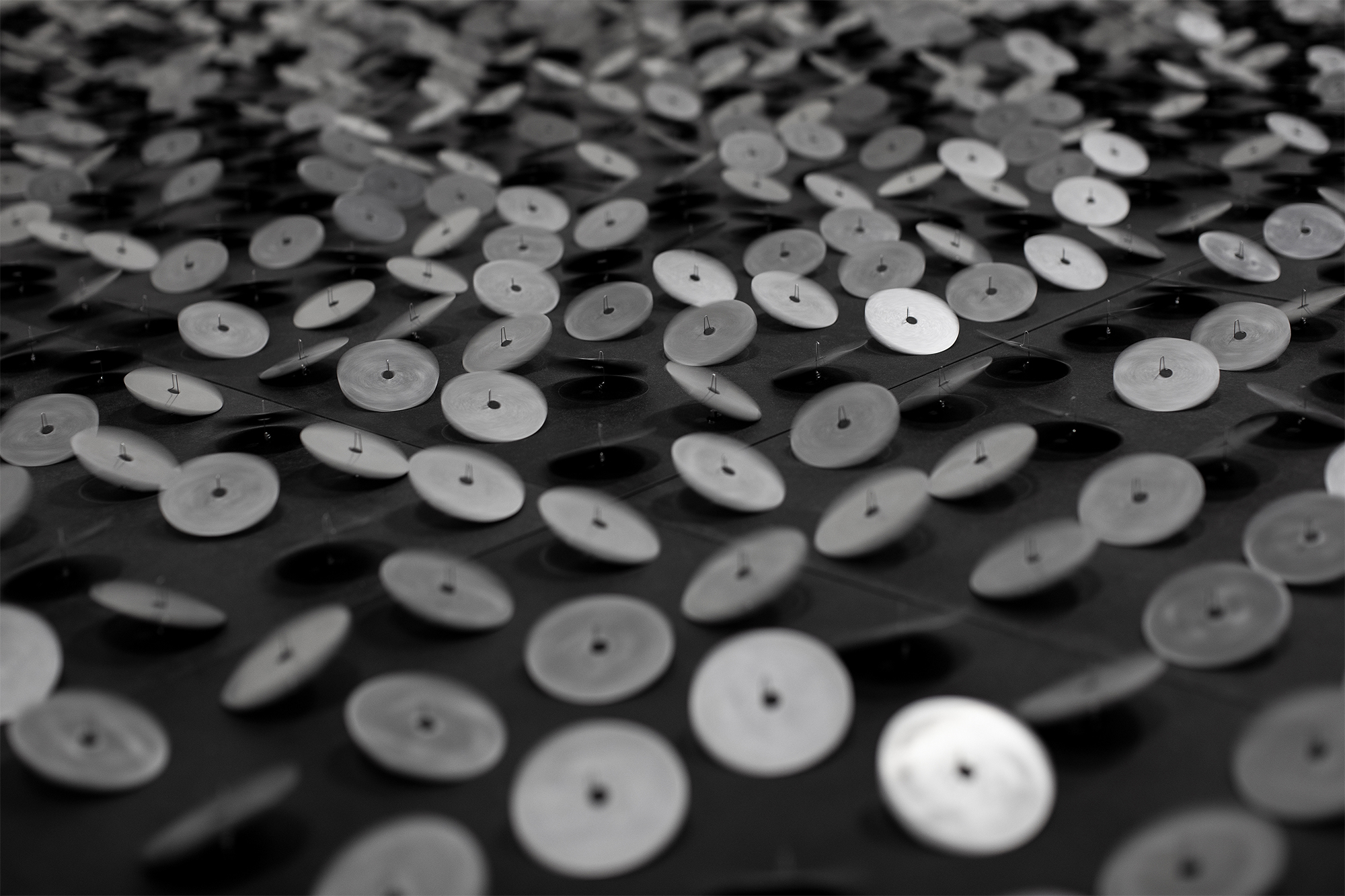 Entomologist and TV host Phil Torres (previously) dives deep into the natural world to document sights and sounds that many of us will never have a chance to experience firsthand. In his most recent video, Torres showcases the sound created by millions of migrating monarchs. The iconic orange and black butterflies convene every year in Mexico, where they overwinter during the Northern Hemisphere’s cooler months. In Torres’ six minute video, monarchs cluster by the thousands on individual tree branches and swarm the forest air, creating a rushing, waterfall-like sound. We highly recommend listening to the video with a pair of earphones to really pick up the subtleties in the audio. You can see more of Torres’ outdoor explorations on his Youtube channel, The Jungle Diaries, and follow along on Twitter. Constellations is a light-based audio-visual installation by Joanie Lemercier that explores the great expanse of our universe through the presentation of morphing geometric shapes and bright glowing orbs. The three-dimensional light work is projected onto water, which gives it a rippling, holographic effect, further intensified by an electronic soundscape produced by Paul Jebanasam. “It’s an exploration of the stars, constellations and the vastness of the cosmos, suggesting the beauty of geometry, simple and complex structures of the universe,” explains Lemercier. The project was first shown in Bristol, UK in March 2018 at Layered Realities in Millennium Square, and is produced by Juliette Bibasse. You can see a full preview of the Constellations in the video below, and follow the tour schedule on Instagram and Twitter.