Soundweaving is a recent project by Hungarian design student Zsanett Szirmay that turns patterns used in traditional folk embroidery into music by translating them into laser-cut punch cards fed through a custom music box. The project was partially inspired by actual paper cards used in some weaving looms to easily reproduce patterns for various textiles. Szirmay collaborated with musician and composer Bálint Tárkány-Kovács who helped with audio mapping and the development of each track. Soundweaving was on view as part of Vienna Design Week at MOME Laboratory through last week, and you can see much more over on Dezeen. I’ve had the video above playing in the background for the last 20 minutes or so, it’s surprisingly enjoyable, especially if you’re into Steve Reich or Philip Glass. 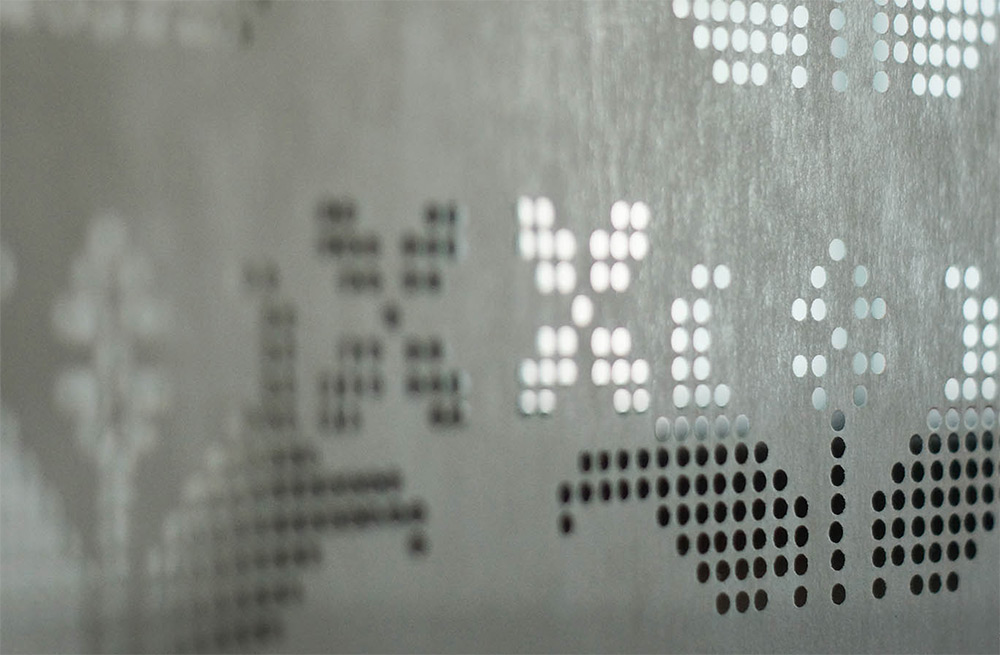 How to Draw Mushrooms on an Oscilloscope with Sound

In this surprisingly interesting video from Jerobeam Fenderson we watch (and listen) as he explains how to draw images using the visualizations of sound waves on an old analog Tektronix oscilloscope. To be clear: the images you’re seeing here are not being animated through software, instead Fenderson creates waveforms (sounds) using his computer, and those sound waves LOOK LIKE THIS when fed into an oscilloscope. Suffice to say there’s lots of math involved, and it’s all a little bit over my head, but luckily he answers some questions over on his blog about how it all works. Make sure to watch through to the end. The Yaybahar is a new acoustic instrument designed by Istanbul-based musician Görkem Şen that emits music right out of a retro sci-fi movie, a remarkable feat considering there isn’t a bit of electricity involved. The Yaybahar can be played in a variety of different ways using mallets or with a bow, relying on a combination of two drum-like membranes, long springs, and a tall fretted neck to create music. Like any instrument, it’s capable of producing sounds that run the gamut from “beautiful music” to “noise.” Give it a listen! (via The Creators Project)

Update: Here’s a video (in Turkish) of Şen giving a TEDx talk earlier this year where he plays a similar bow and spring-type instrument. (thnx, JR!)

This is a great video of polyphonic overtone singing by Anna-Maria Hefele, where she precisely demonstrates the almost inhuman ability to create a harmony of two notes at a time using a single breath. Overtone singing is the same technique used by Tuvan (or Mongolian) throat singers of which there are several other great videos to watch on YouTube. Also check out this demo by Alex Glenfield, or this clip lifted from I’m not sure where. (via Stellar)