Venice-based artist Peeta merges his passions for graffiti writing, sculpture, and design in his large-scale spray murals that look like swirling three dimensional objects that float just above a wall or canvas. The trompe l’oeil artworks take on the form of graffiti-like letterforms but aren’t necessarily meant to be read or deciphered. Instead the pieces focus more on the use of line, shadow, and color to build impressive voluminous shapes that explode in every direction.

Peeta created this latest mural for the HKWALLS festival. The piece occupies a giant facade on a busy Hong Kong intersection above the Golden Computer Arcade and draws its color for neighboring buildings and signs. You can see his behind-the-scenes process over on Behance. 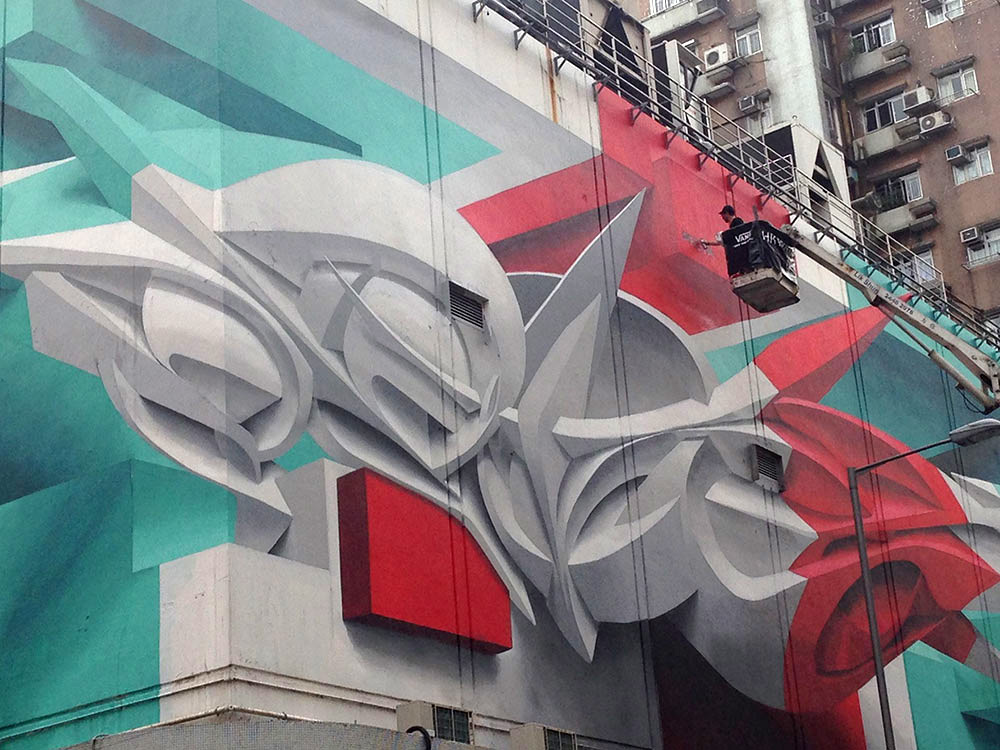 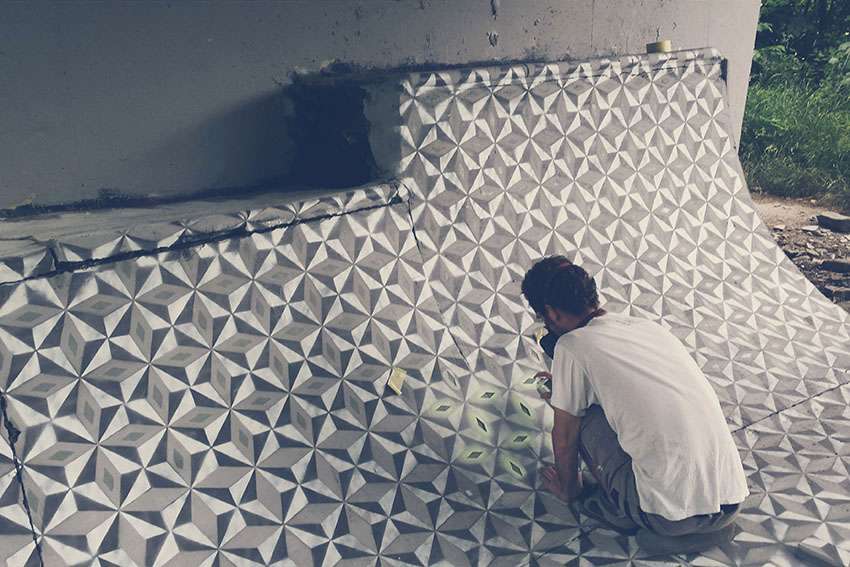 Instead of competing with giant graffiti tags or wall murals, Spanish artist Javier De Riba (previously) takes an entirely different approach with his spray painted street art. Utilizing carefully overlapped stencil sets, Riba creates pristine sections of tile floor patterns in the midst of cracked sidewalks or on the floors of abandoned buildings. His measured use of color, original geometric arrangements, and precise execution makes every artwork stand out, no matter how mundane the location.

Riba has also begun working with wood varnish to create similar geometric shapes and produced limited edition spray prints of his most recognizable patterns. You can follow his work on Facebook and on Behance. 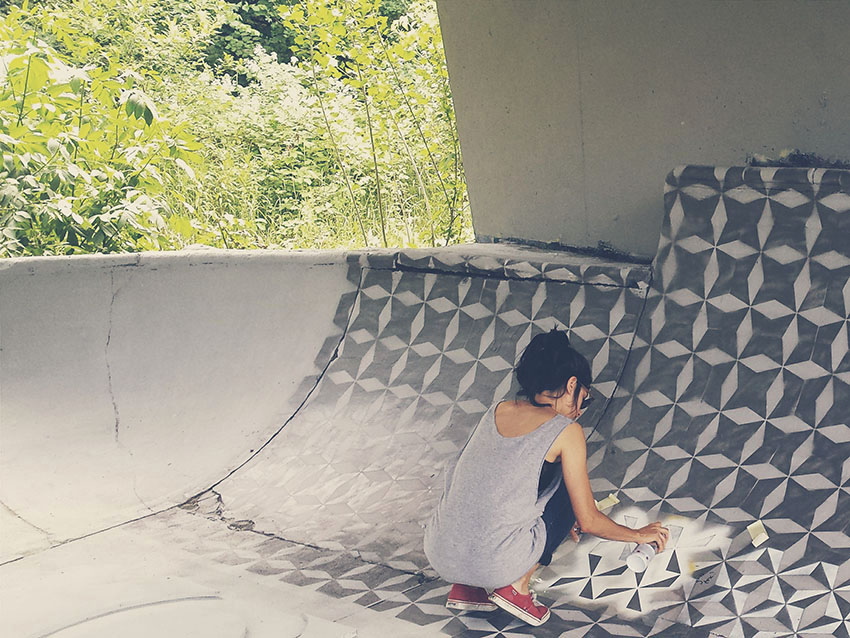 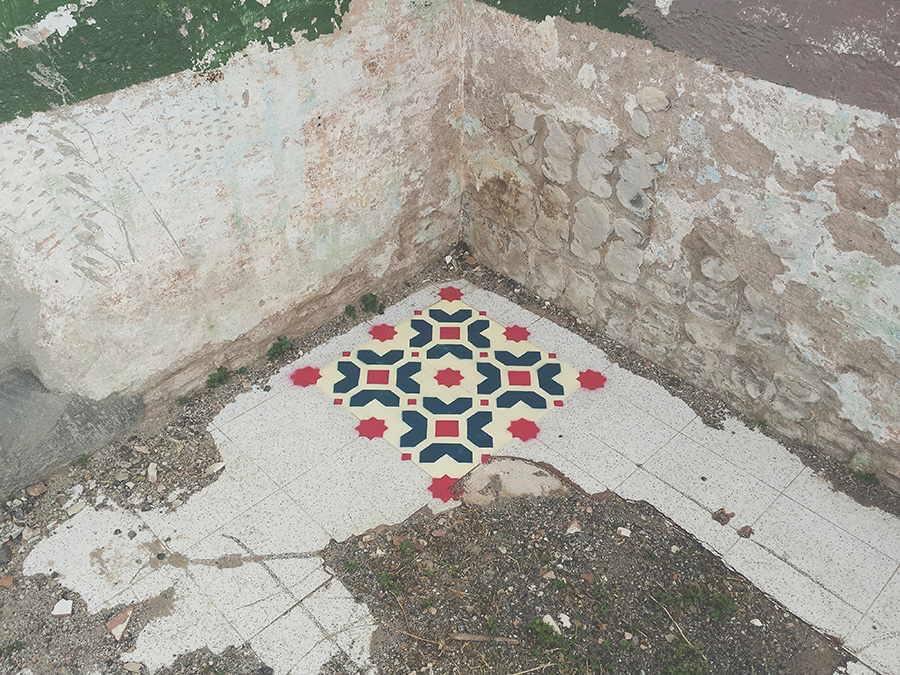 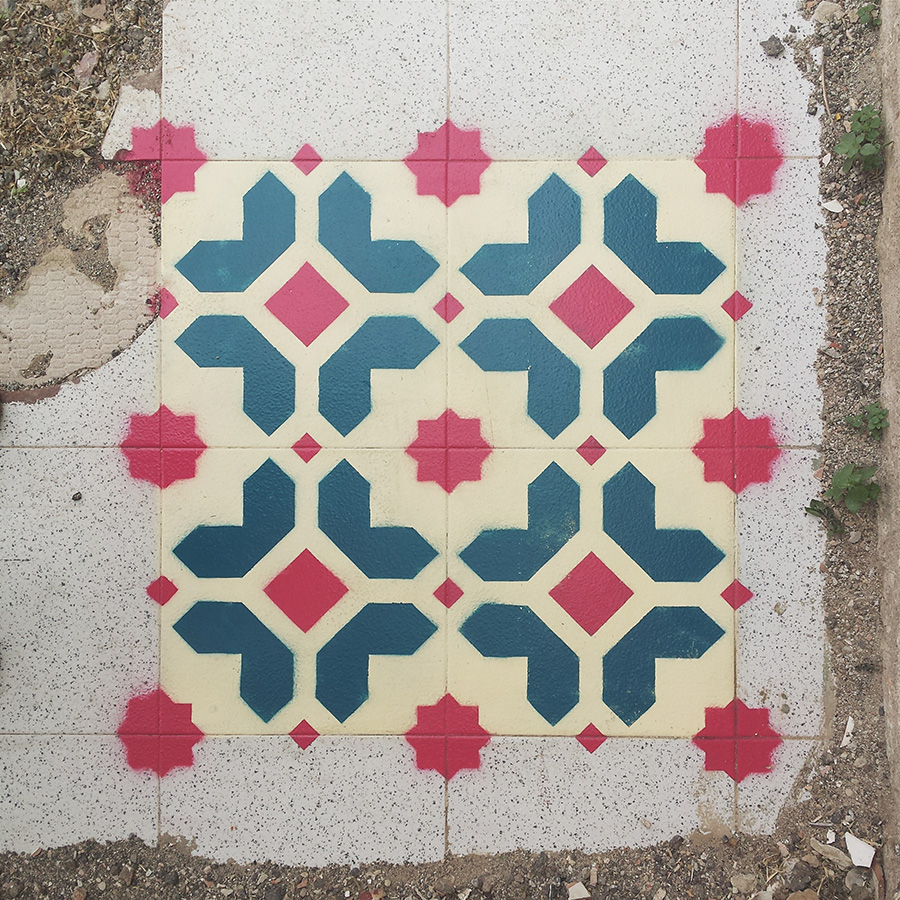 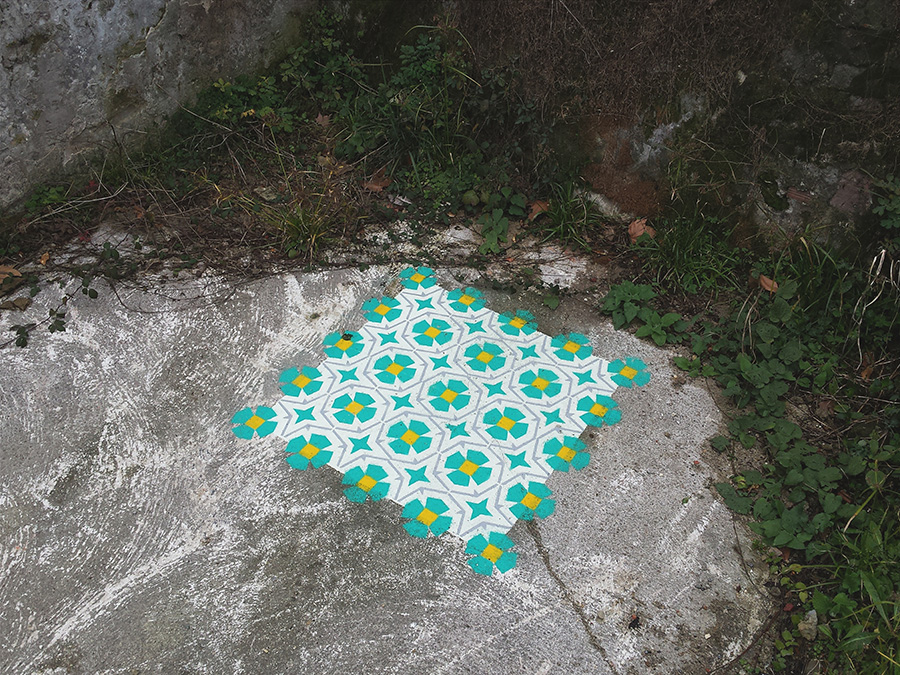 A Photorealistic Mural by 'Smug' on the Streets of Glasgow 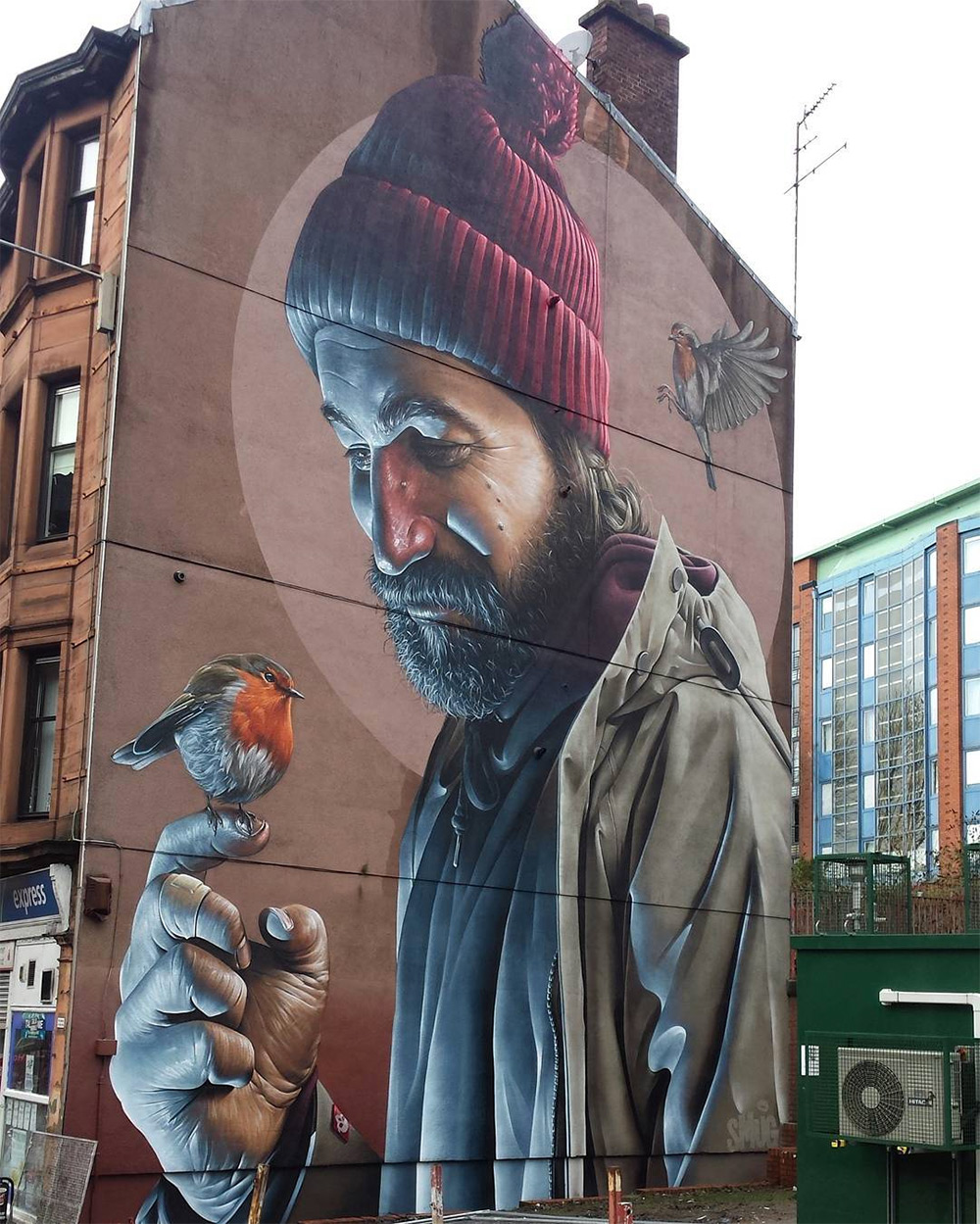 This great new photorealistic mural from graffiti artist Sam Bates (aka Smug) popped up in Glasgow last week. The piece is just one of several wildlife-themed contributions by the artist over the last year as part of the Glasgow City Centre Mural Trail that began in 2008 to help rejuvenate the downtown area. You can watch Smug at work on this video from Spraying Bricks and see more of his work on Instagram. (via The Scotsman) 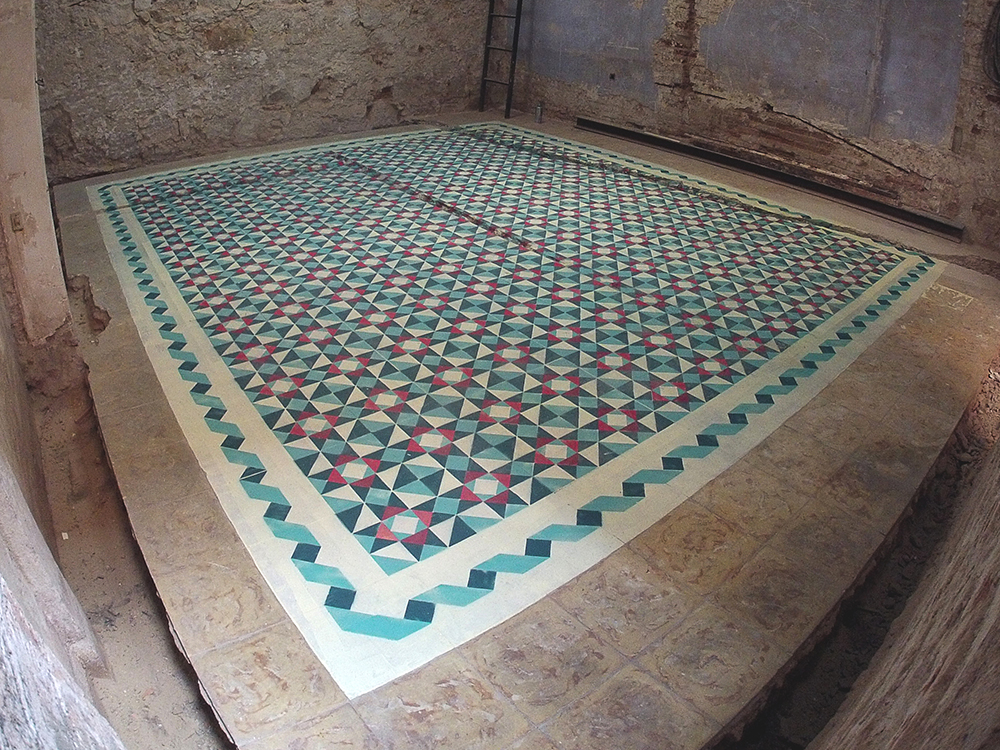 Javier de Riba spray paints abandoned buildings, but not in the way you might imagine. Instead of working on the interior or exterior walls of the buildings he finds, de Riba spray paints the floors, mapping out bright geometric patterns both large and small. The patterns de Riba creates look exactly like tiled floors, making it seem like an element of the building’s past has been elegantly restored.

Like a screen printer, de Riba works layer by layer, first painting the entirety of the space he plans to cover, then working one colored stencil at a time to build up the tile-like effect. The end result is a trick to the eyes both with materials and placement, one never expecting that spray paint formed the intricate patterns on the dusty floors.

The artist and creative designer was born in Barcelona and has worked as an art director in various agencies and studios. His current job is at Reskate Arts & Crafts Collective, a company that develops graphics and communication projects with a focus on sustainability and humane treatment. (via Junk Culture) 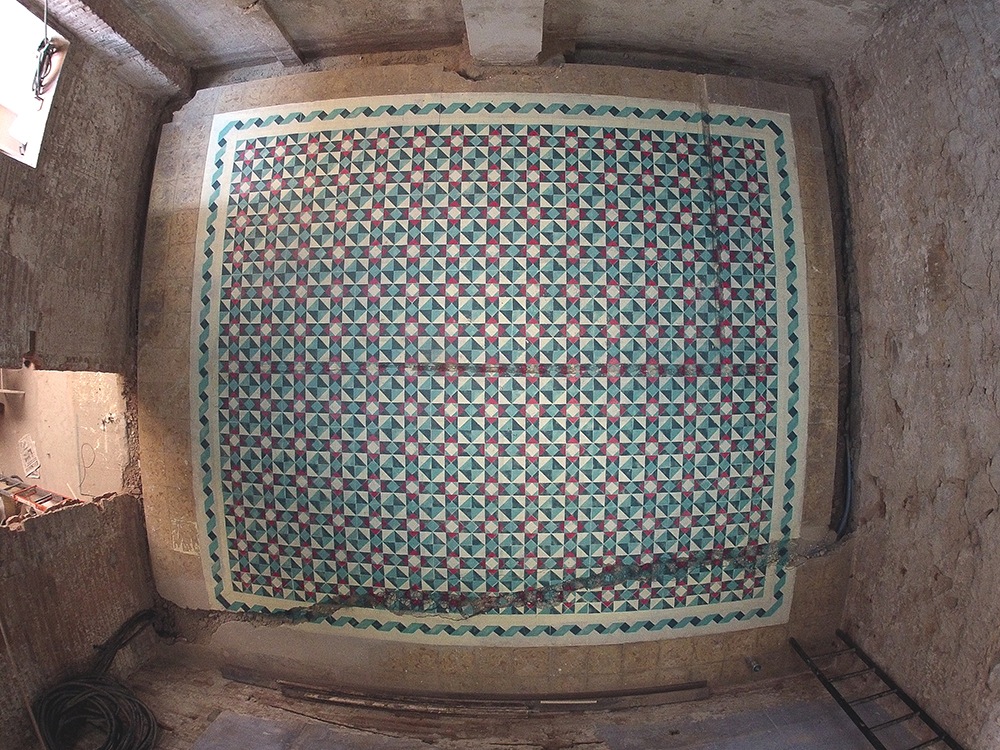 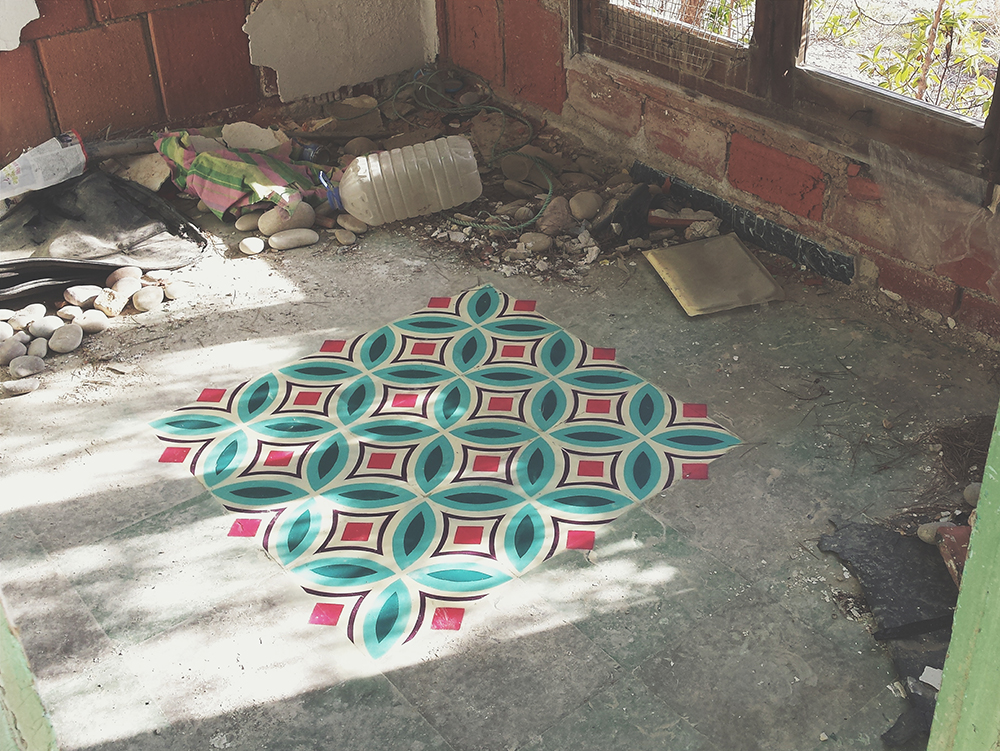 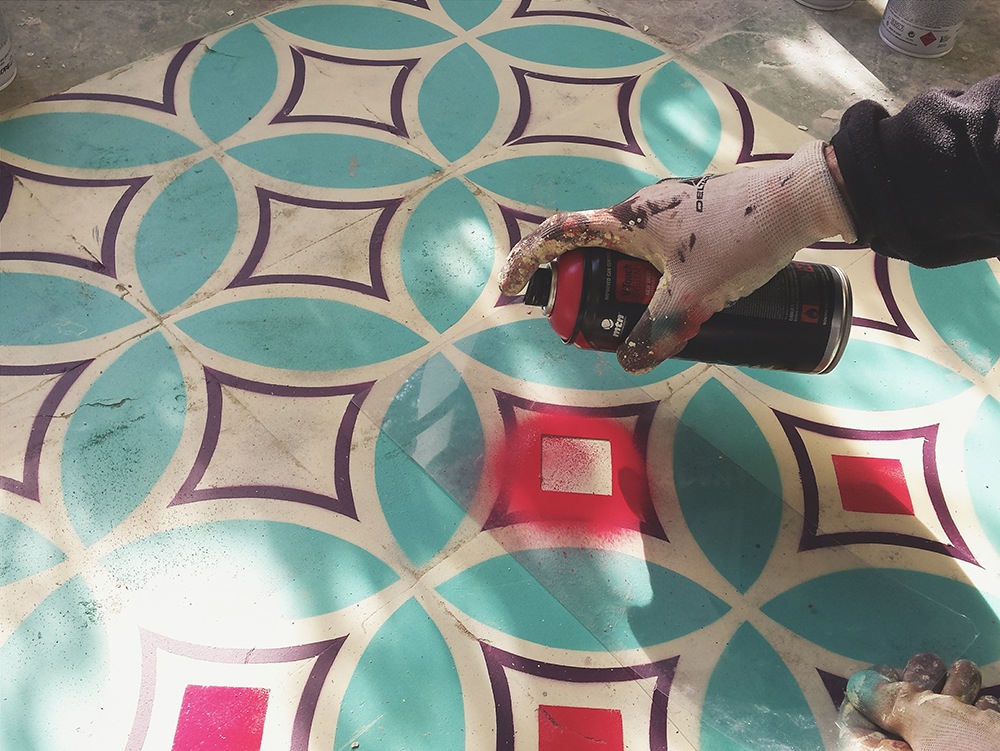