Woodland creatures peek out from behind tree trunks, and a stream of water rushes through a dense, forested landscape in Valerie Lueth’s latest woodcut for Tugboat Printshop (previously). “River” uses four intricately carved panels layered into a composition of overlapping, vivid color. Currently a work in progress and nearing completion, the detailed scene features intricate foliage and a smattering of stars throughout the sky and landscape.

To create the nocturnal setting, Lueth began by meticulously carving the surface of a “key block” using knives and gouging tools to create an overview of the entire composition. She then transferred the full scene to three additional panels in gray ink and filled in sections with marker to delineate which areas should be carved and where different pigments would be applied. Printed in succession, each block will provide a puzzle-like piece of the final print. 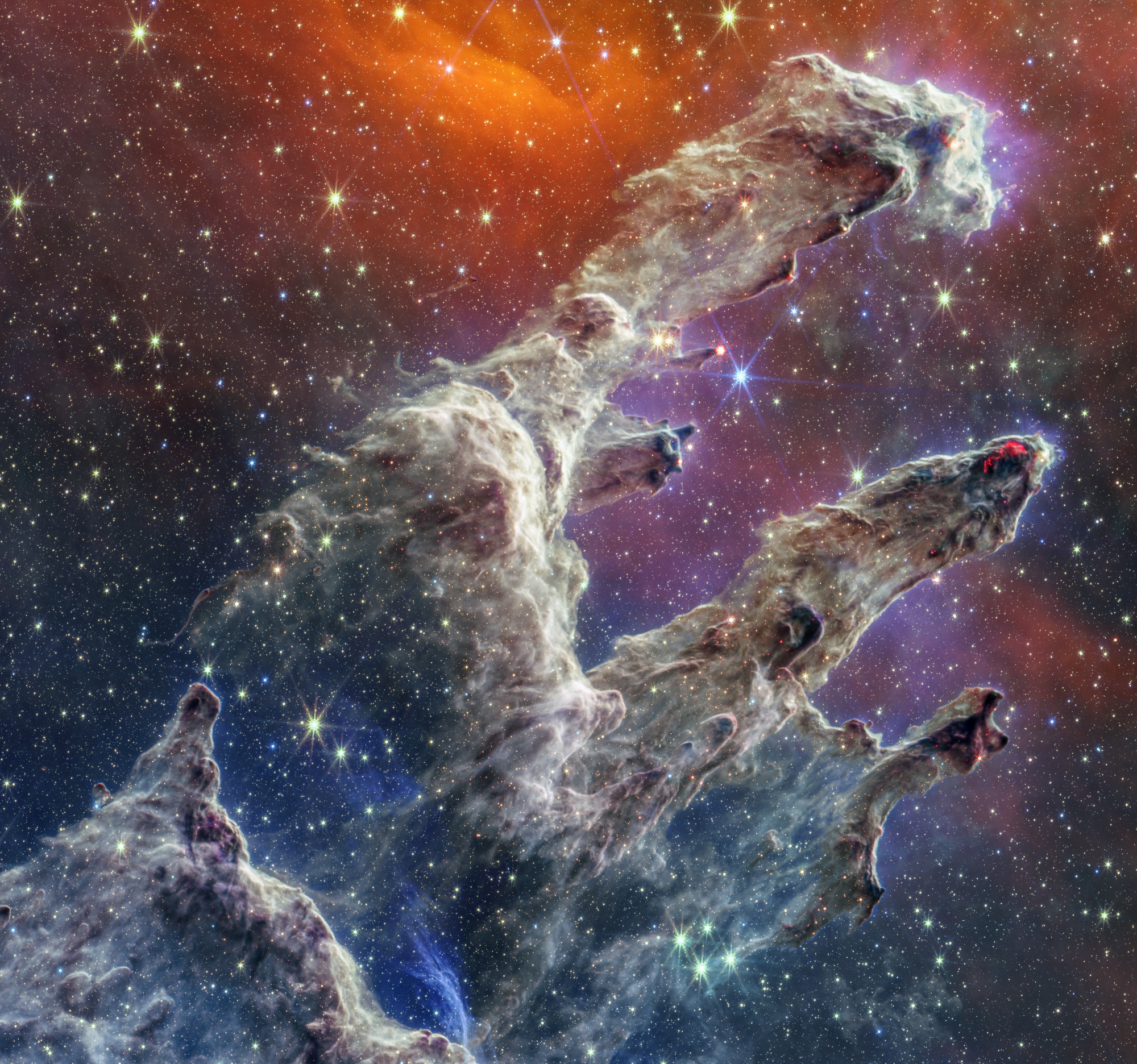 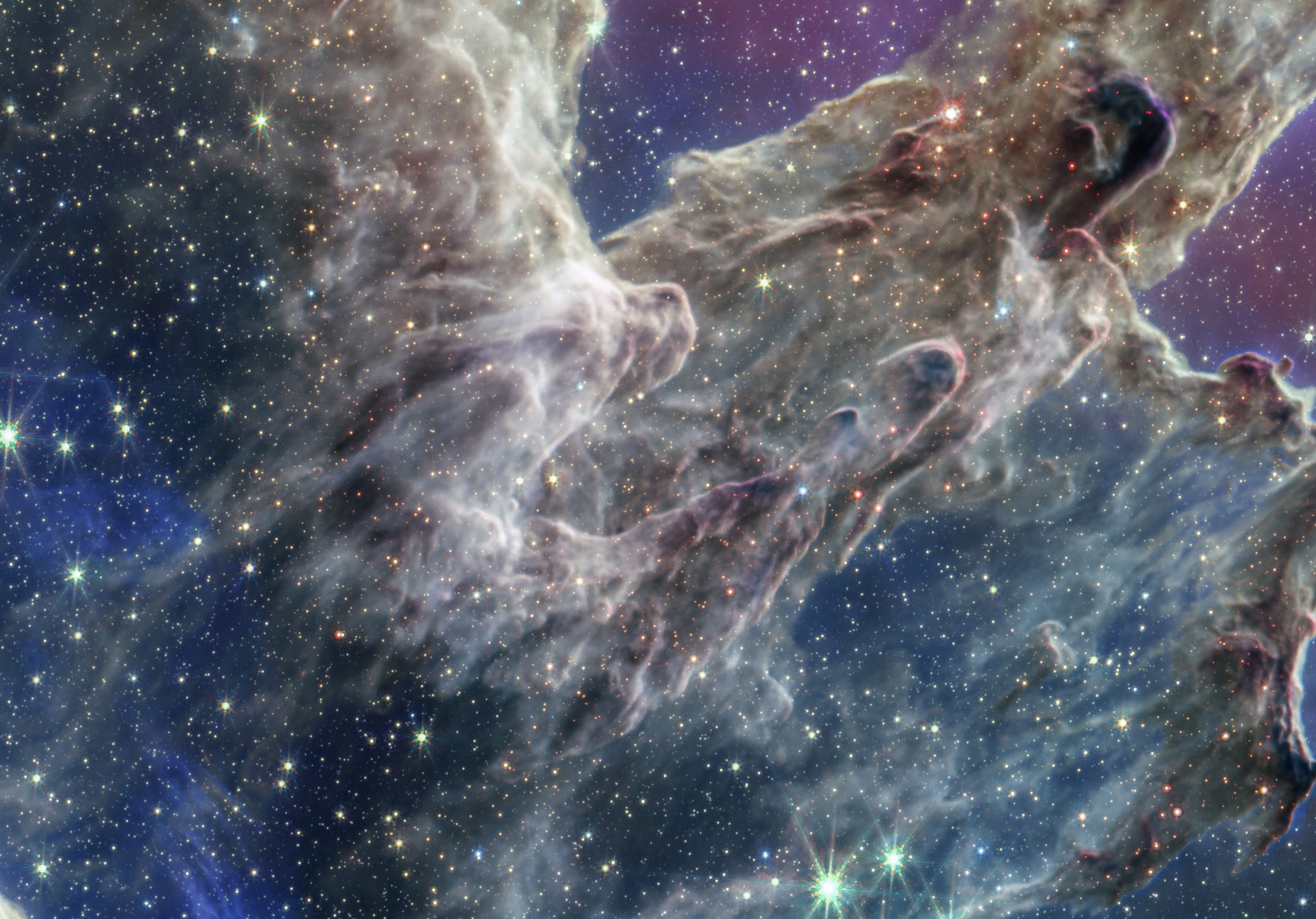 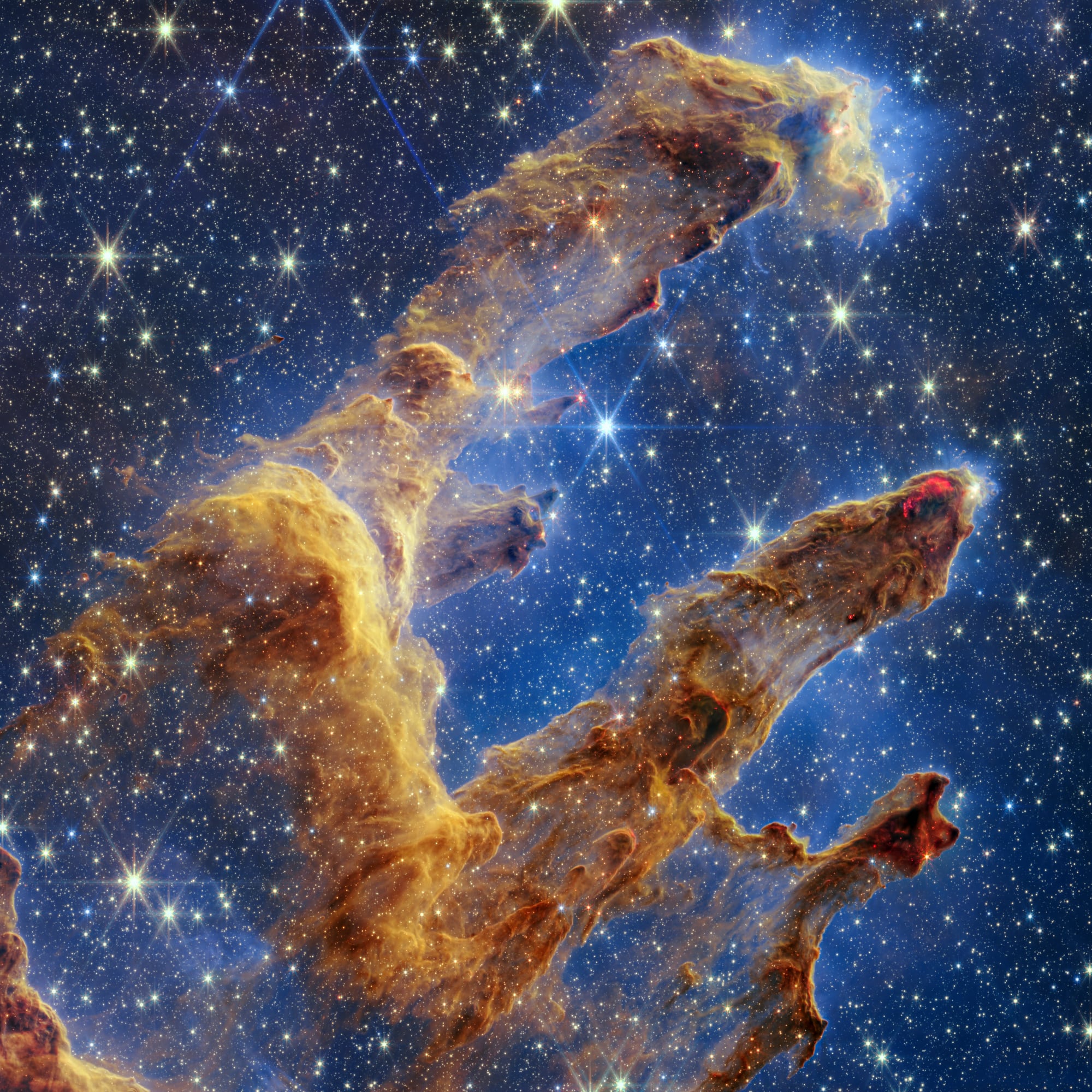 Back in June, Marc Sellés Llimós photographed multiple instances of illumination in a single nighttime sky. From the village of Manlleu, Osona, where he lives and works, Sellés Llimós captured a fierce thunderstorm as it raged on the other side of the Serra de Bellmunt mountain in Carcassonne, France. The 380-image composite shows a brilliant tangle of lightning below sweeping star trails, produced with a slow, six-minute exposure. According to NASA, which featured the work as one of its astronomy photos of the day, the trails reflect the Earth’s daily rotation around its axis, and the extent of their curvatures represents the distance from the north pole.

Head to Instagram to purchase a print and to see an archive of Sellés Llimós’s photos.  (via Peta Pixel)