Sales Wick is an airline pilot, photographer, and film producer based in Switzerland who photographs the journeys of his many international flights on his website BeyondClouds. For his video Meet the Milky Way, Wick created a timelapse of his nighttime trip from Zurich to Sao Paulo, capturing the starry sky and the glowing Milky Way straight ahead. The video was recorded in August during one of the few nights where shooting stars can be seen racing across the sky, and during the video several can be observed traveling across the screen.

You can view more of Wick’s adventures in aviation on his Instagram and Vimeo, or if you a want different perspective of the Milky Way, check out the timelapse video shot recently in Hawaii by Gavin Heffernan and Harun Mehmedinovic from SKYGLOW. (via Kottke) 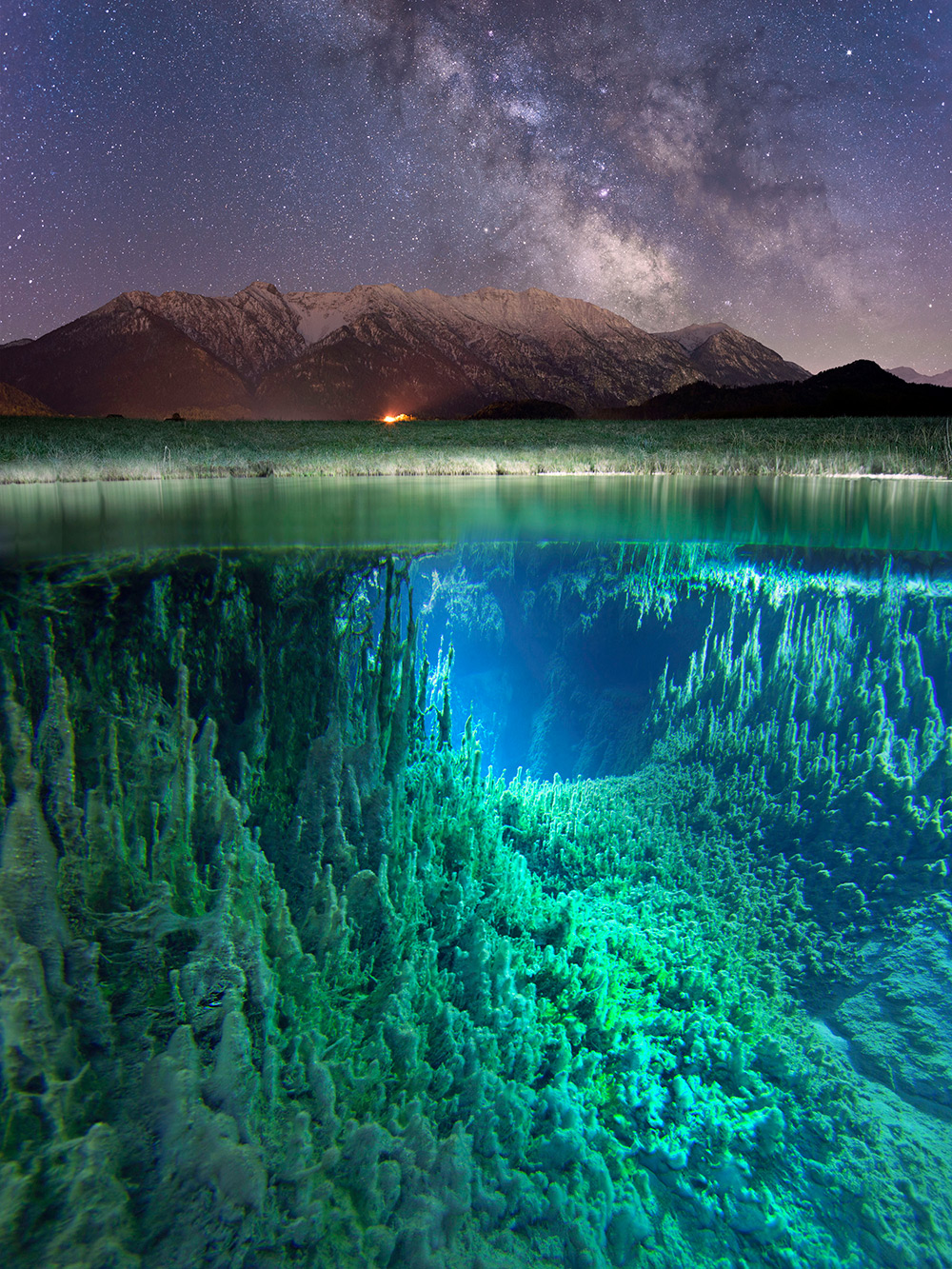 Last October, photographer Johannes Holzer braved the winter cold to setup a series of long-exposure shots along the the Isar, a river in Southern Germany. To accomplish the eye-popping view of the Milky Way, a mountainous landscape, and the murky depths of the river he relied on two cameras to shoot three photos from roughly the same perspective, stitched together here in a final image. Holzer says the photo “was done with two cameras, [the] sky with a Sony A7r and Vixen Polarie Startracker, one additional shot for the landscape without [a] Startracker, [and] underwater was done with a Canon 5Dm2 with an EWA Underwater case.”

Holzer specializes in Milky Way photography and landscapes, you can see much more of his work on Karwendelbilder. (via Reddit) 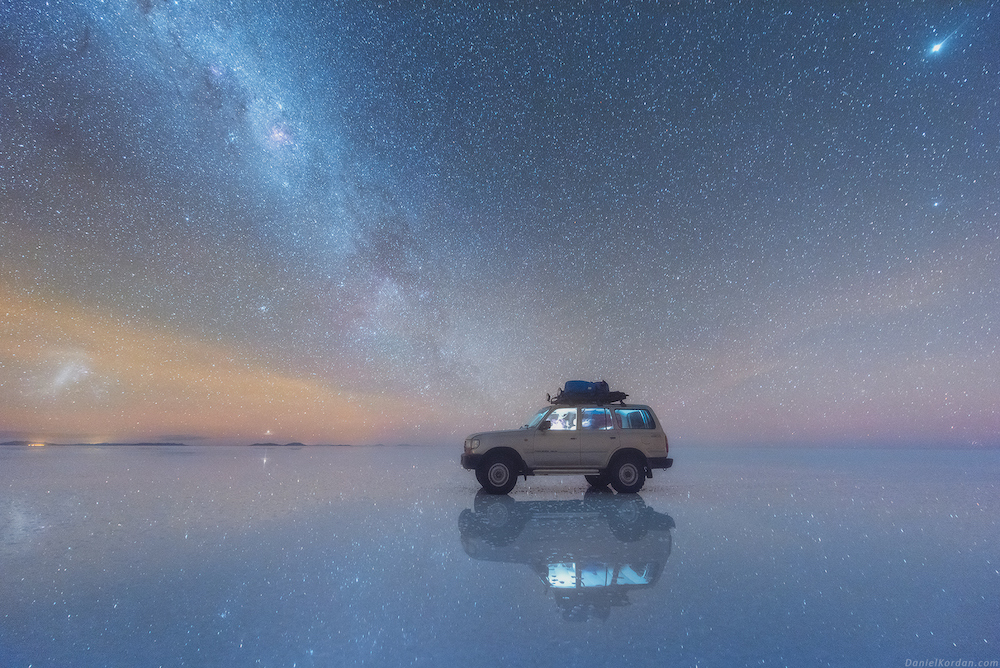