This recently released photograph from the Hubble Telescope captures the spectacular glory of Messier 15 located about 35,000 light-years away. It might be hard to believe, but if you were to look up in the sky and locate the constellation Pegasus, this entire cluster of stars is located inside of it. It is one of the densest clusters of stars ever discovered. Via the ESA:

Both very hot blue stars and cooler golden stars can be seen swarming together in the image, becoming more concentrated towards the cluster’s bright centre. Messier 15 is one of the densest globular clusters known, with most of its mass concentrated at its core. As well as stars, Messier 15 was the first cluster known to host a planetary nebula, and it has been found to have a rare type of black hole at its centre.

Growing up in the Texas hill country, I lived next door to an astronomy buff from the the Austin Astronomical Society named Larry Forrest. Every couple of months Larry would have a thing called a star party and all these other astronomy people would show up with giant pickup trucks hauling telescopes mounted on trailers. Sometimes the group would start drinking as the sun went down and by the time the first stars started twinkling they had a pretty good buzz going. It was a loud, drunken astronomy night, and it was amazing.

On a few occasions I had the opportunity to stay up late and head over to Larry’s place and climb inside this huge observatory he’d built that housed the largest telescope I’ve ever had the chance of looking through. I remember seeing the rings of Saturn for the first time, and seeing details of the moon so vivid it felt like I could touch it. There are few things that put life in perspective as astronomy can. It was a precious early gift and the sole reason you see occasional posts like these here on Colossal. Unfortunately I learned that Larry died last year, and seeing this image reminded of my first peek inside his telescope, and the near instant realization of how vast the universe really is. Shine on Larry. (via Astronomy Picture of the Day) 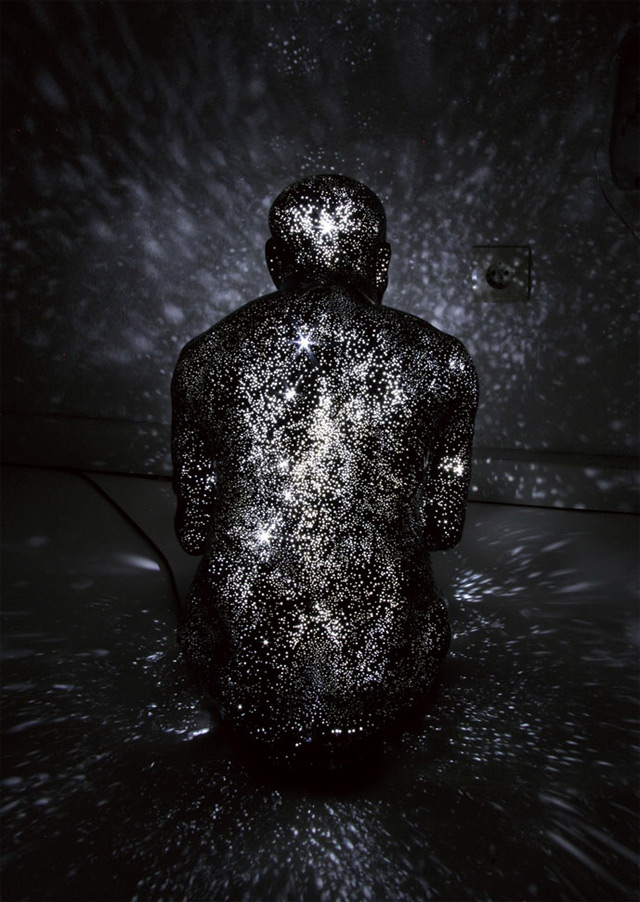 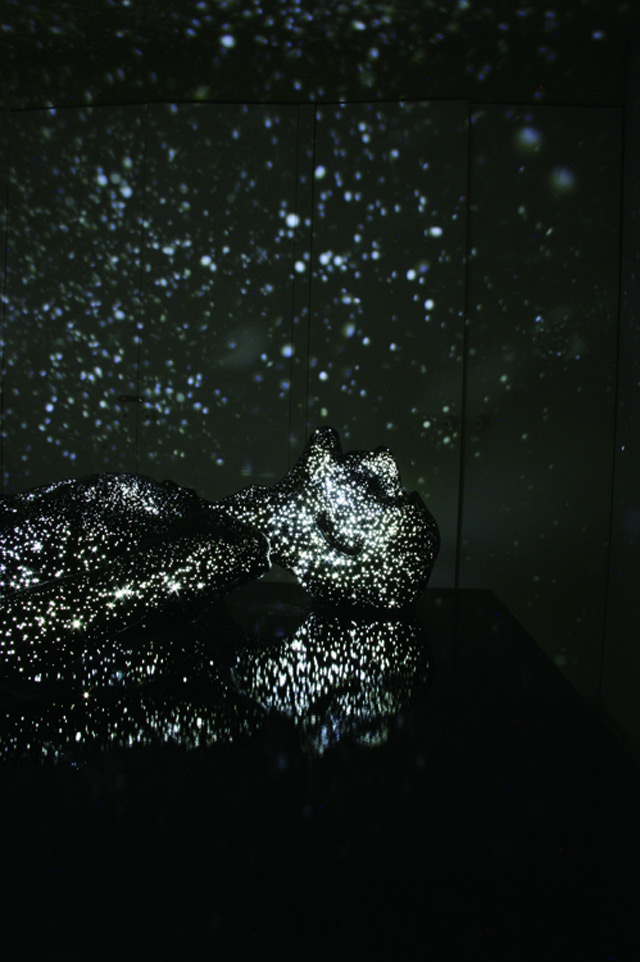 In her ongoing series of figurative sculptures titled Milky Ways, artist Mihoko Ogaki explores ideas of life, death, and rebirth. The dead or dying human forms are constructed from Fibre-reinforced plastic and embedded with bright LEDs that when lit project fields of light resembling stars in the surrounding space. You can see many more installation views over on her website. (via mori yu gallery)