Argentinian director Juan Pablo Zaramella (previously) has shared the trailer for a cute new stop-motion television series featuring typically inanimate objects living out funny scenarios. With a title that translates in English to “The Way Things Are,” each episode in the series is one minute long and appears to focus on a different subject, from an egg catching a carton bus, to a stick of dynamite visiting a psychologist who also happens to be a pair of scissors. The sound effects and voices add to the humor. Though you’d need to know Spanish to understand the exact words, Zaramella’s scenes are universally comprehensible: a toothpaste man protests a blushing toothbrush bride’s vows, while  a roll of toilet paper demands access to an occupied bathroom.

The project won Zaramella the Audience Award at the Big Cartoon Festival 2018 and took 2nd prize at the Cyber Sousa / Xiamen International Animation Festival. His previous TV series, The Tiniest Man in World, blended stop-motion animation with live-action and is currently only available to watch if you live in Argentina. There is no word yet on when or where audiences can see Así son las cosas in full, but the two-minute trailer above is a great sample of what’s to come. It also shows the amount of time and detail that went into capturing every frame in order to tell the silly short stories. You can watch more of Zaramella’s films on Vimeo.

Swedish animator and sculptor Alexander Unger (previously here and here) creates stop motion animations and tutorials on his Youtube channel titled Guldies. His most recent claymation, Distortion, follows the transformation of eight dice-sized blue cubes into a series of limbs, puddles, and wide-mouthed heads that consume and absorb the previous clay form in rapid succession. Although captivating to watch, the sound effects add another dimension to the short film. Each metallic ting or watery bloop tricks the eye into believing the clay is harder or softer than it appears on screen. Watch out for a twist ending that ties the whole piece together as a beautiful looping narrative. (via Laughing Squid) ISLAND: A Cast of Colorful Creatures Pop, Quiver, and Hiccup in a Charming Stop Motion Animation

ISLAND is a new animated short by Max Mörtl and Robert Löbel which transports the audience to an island populated by a diverse range of fictitious creatures. Solitary pink blocks, bird-like beings, and volcanos find friends and partners along the way, each showcasing a unique method of verbal or aural communication. Lava wiggles while Tetris-like tubes find unique ways to stack and connect, and a blue blob rhythmically beats its long nose against the trunk of an island tree to attract the attention of a feathered friend. The film is a mix of 2d animation and stop motion crafted from paper, cotton balls, and clay, and is soundtracked by designer David Kamp who melodically edits together the animals’ noises. (via Colossal Submissions) Hedgehog’s Home is an animated film that explores how one brave hedgehog faces off against a bevy of forest beasts to defend the honor of his beloved home. The stop motion film was created by animator and director Eva Cvijanović as an adaptation of the eponymous children’s poem by Branko Ćopić, a writer from the former Yugoslavia. The timeless tale focuses on how cultivating a safe and comfortable home reflects a large part of who we are. 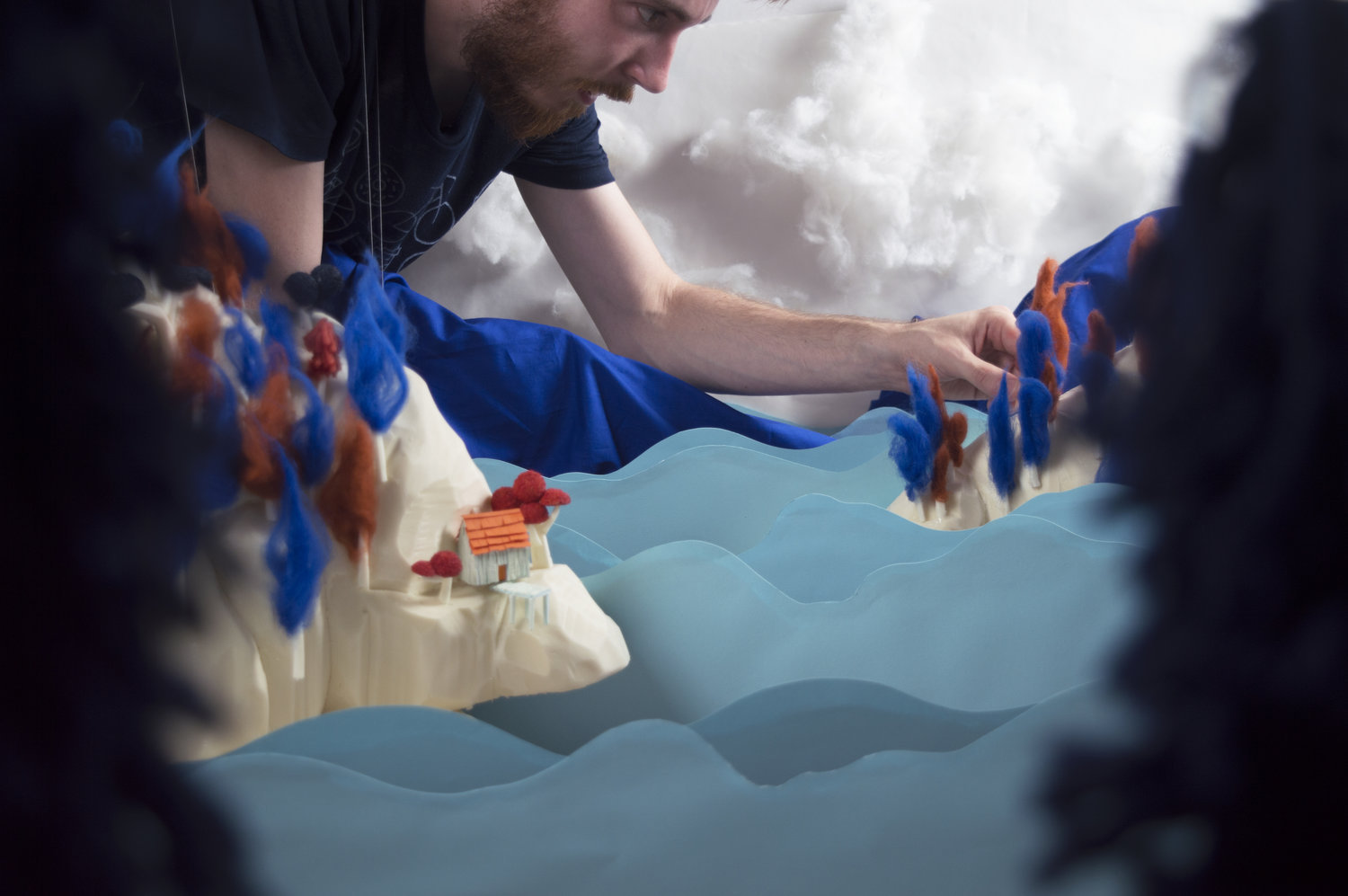