Antenna Telescopes on the Streets of Birmingham, UK 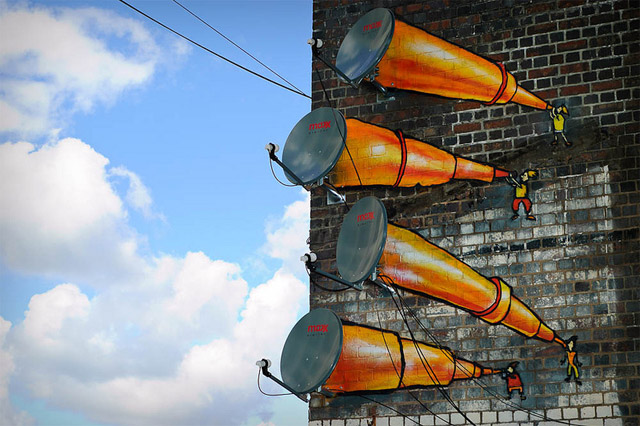 I love this piece seen on the streets of Digbeth, Birmingham, UK photographed by Davyd Samuels and Adrian Taylor. Anyone know the artist? (via street art utopia)