If you haven’t had a chance to experience a Yayoi Kusama piece in person, the iconic Japanese artist will be debuting a sun-themed balloon in this year’s Macy’s Thanksgiving Day Parade. Kusama (previously), whose wide-ranging work across a long career includes her wildly popular infinity rooms and large-scale polka dotted objects, has designed “Love Flies Up to the Sky” to be floated along the streets of Manhattan. The red balloon, hand-painted with white and yellow dots and a blue face, joins “more than 1,500 dancers and cheerleaders, close to 1,000 clowns, almost 30 parade floats, and a dozen marching bands,” according to NYCTourist.com. Kusama is the first female artist to be commissioned by the parade to create a ballon as part of their Blue Sky Gallery program, joining a roster that has included KAWS, Jeff Koons, Tim Burton, and FriendsWithYou, among others. (via Hyperallergic)

Update: The Kusama balloon was grounded because of weather. 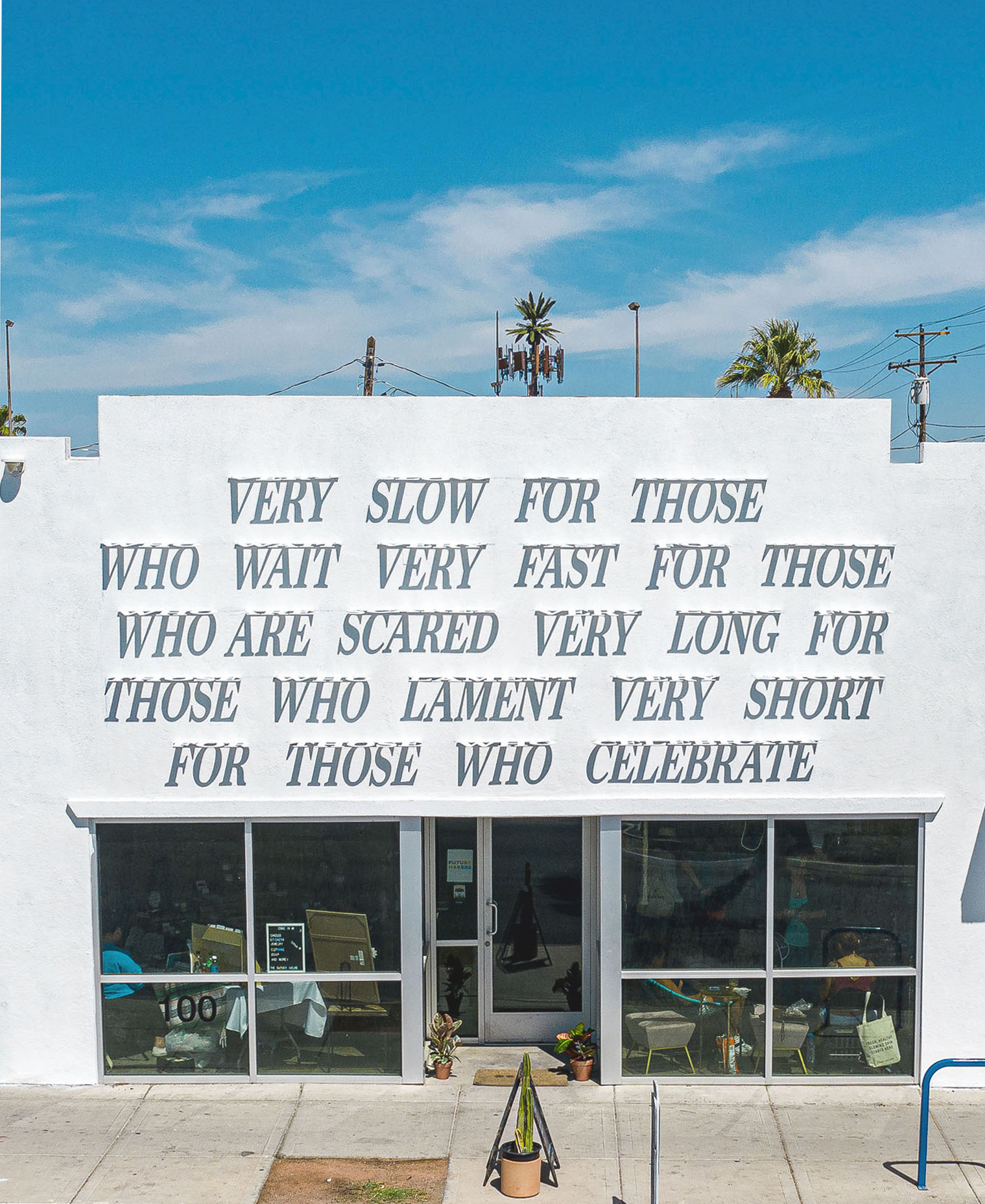 As part of last month’s annual Life is Beautiful festival in sunny Las Vegas, anonymous artist DAKU (previously) channeled natural light to activate his literary installation. Placed on the facade of a building that used to house a book store, jutting letters cast shadows to form a poetic quote. The somewhat decontextualized phrase could reflect on time in general, or perhaps life itself. As the sun shifts throughout the day and casts its shifting shadows, the message appears and disappears, with the physical white letters blending into the building. DAKU, who is based in India and travels widely for his work, specializes in these time- and light-activated installations, which he refers to, collectively, as “Time Changes Everything.”

All art programming at Life is Beautiful is curated by global creative house JustKids, who’ve partnered with the festival from its inception seven years ago. Watch a time lapse of the Las Vegas installation below, and keep up with DAKU’s worldwide travels and installations on Instagram.