In Keita Morimoto’s paintings, soft yellow streetlights, LED shop signs, and clinical beams of a public transit stop expose the discomfiting nature of perpetual surveillance. Working in acrylic and oil, the Japanese artist explores the scenes of daily commutes, walks with friends, and trips to a vending machine. He shrouds his streets with shadows that add a mysterious aura to the works, a feeling bolstered by the anonymity of the places and people.

Morimoto refrains from incorporating distinct symbols, markings, or features that would identify and situate the locations within a specific cultural and geographical context and prefers, instead, to consider how many of the ails of modern life are ubiquitous. “In today’s society, many people suffer from the difficulty of living,” he says. While issues of surveillance, consumerism, and a desire for fast-paced production often dominate today’s world, the artist focuses on the pockets of calm, beauty, and magic to be found around every street corner.

Currently, Morimoto has works on view at Powerlong Museum in Shanghai and will be included in upcoming shows with Kotaro Nukaga in Tokyo and The Hole in New York. Find more of his enigmatic pieces on his site and Instagram. (via This Isn’t Happiness) 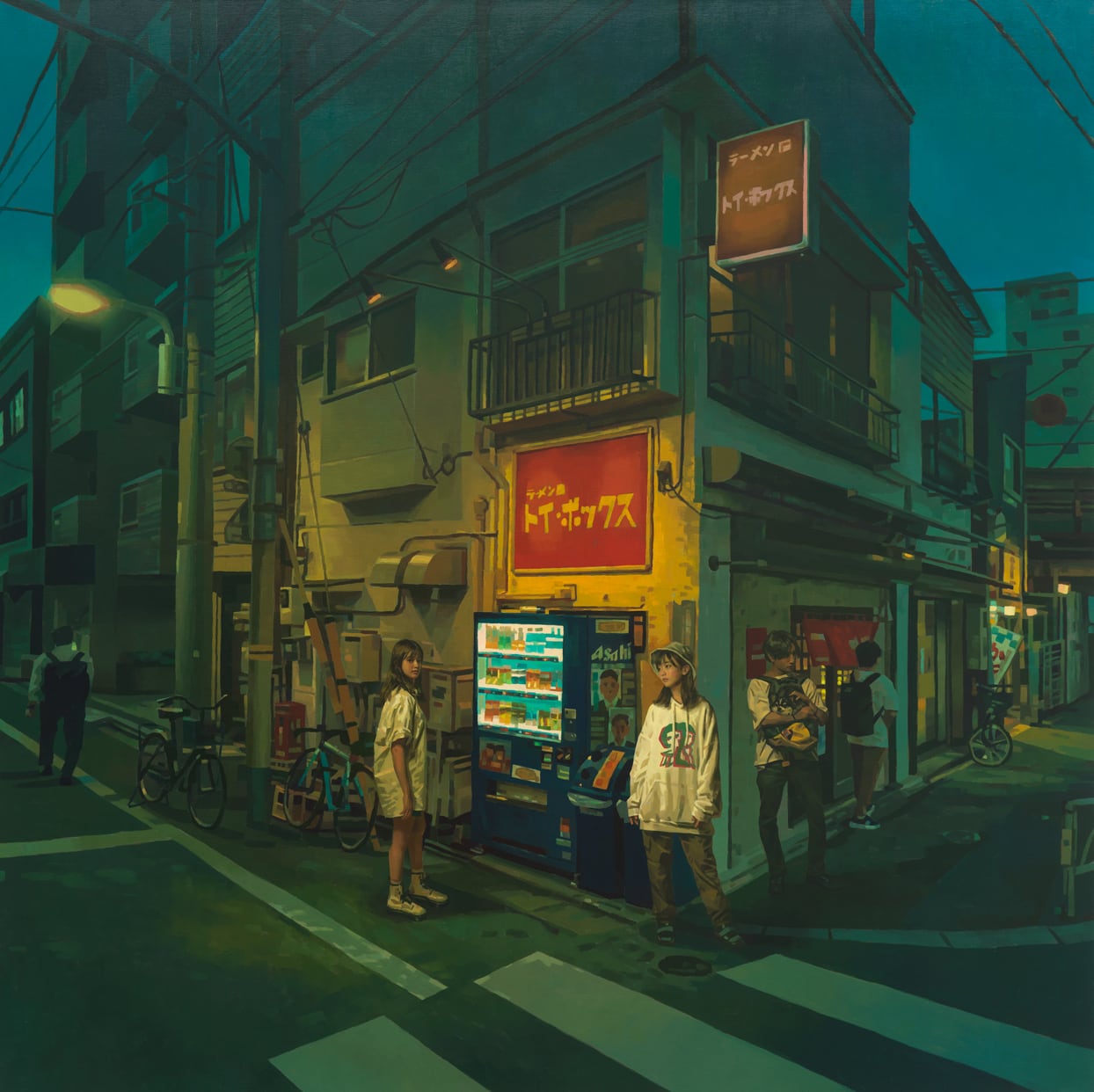 Czech artist Jakub Geltner (previously) has been clustering groups of technological equipment in public spaces since 2011, creating installations that address the heightened state of surveillance in our contemporary world. Arranged as ‘nests,’ the sculptures interrupt both natural landscape and urban environments, making the viewer innately aware of how closely they are being watched.

One of Geltner’s latest installations is Nest 06, is a group of cameras installed alongside a pathway leading to the beach in Sydney, Australia created for Sculpture by the Sea. Attached to a curved pole, the devices stare directly down at any passersby with over a dozen watchful eyes. Nest 7, another recent work, dots the side of an aging brick building at Chateau Třebešice, bringing surveillance to the countryside rather than a bustling urban setting. From far away Czech artist Jakub Geltner‘s works appear as flocks of birds, seagulls and pigeons gathered on clusters of rocks or resting just beneath a busy overpass. When one looks closer however they realize the groupings are not perched birds, but rather surveillance cameras and satellite dishes the artist has installed as a part of his series “Nest.”

Geltner’s most recent installation is titled ‘Nest 05,’ which was presented at the 2015 Sculpture by the Sea in Aarhus, Denmark. The installation, which covers a stretch of mossy rocks, explores the notion of surveillance in even our most peaceful places—the areas we seek when we want to escape.

The Prague-based artist has been installing these works since 2011, bringing together groups of technological equipment commonly used to observe, and turning them into the focal point for the viewer. Within the last four years his works have been placed at a former elementary school, church facade, waterfront, and the skeleton structure of a former KV KSC (Regional Committee of the Communist Party of Czechoslovakia).

Geltner lives and works in Prague and graduated from two universities also in the city, Czech Technical University in 2004 and the Academy of Fine Arts in 2013. (via iGNANT) Photo by Claire Voon for Hyperallergic