Camp in the Air: New Suspended Treehouse Tents and Hammocks Designed by Tentsile Since we last mentioned Tensile tents around this time last year, the company has unveiled several new models of their fantastic suspended tent systems. There’s a small hammock for three that can be layered into a multi-tiered treehouse, a 2-layer tree tent, and a massive communal tent system designed to hold 6 people high in the air. Tentsile was invented by designers Alex Shirley-Smith and Kirk Kirchev in 2012 and have since taken the camping world by storm, opening their own factory and picking up an ISPO design award. You can see plenty more here. 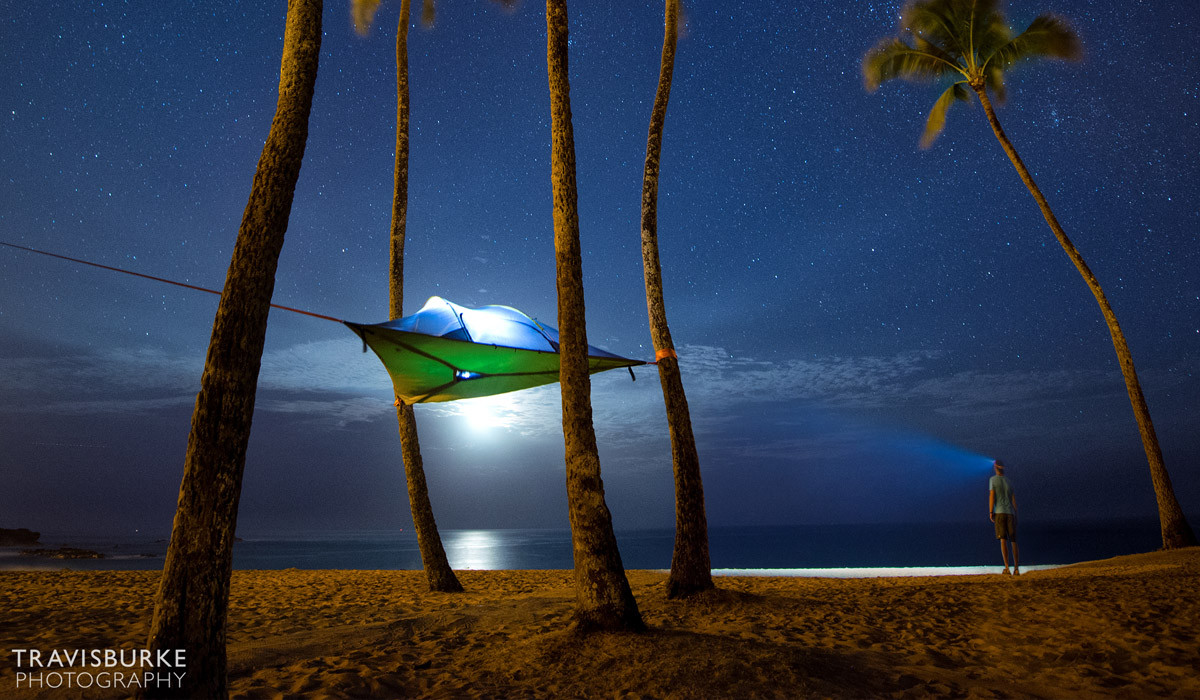 Sleep in the Trees Inside a Portable Suspended Treehouse by Tentsile

Created by UK inventor Alex Shirley-Smith, Tentsile is an ingenious portable suspended treehouse that installs much like a hammock while offering the convenience of a multi-person tent. Simply locate any three anchor points and install the tent above ground where you’re immediately clear of threats from rain and a plethora of ground-based creepy crawly things.

The Tentsile system was first conceived by Shirley-Smith in 2010 and after an early concept went absurdly viral around the web in 2012 the company hired another designer, Kirk Kirchev. The team worked through a series of 14 prototypes before finally releasing their first production model, the Tentsile Stingray, at the end of last year. You can learn more about this backpackable treehouse over on their website. (via My Modern Met, This Isn’t Happiness)