Jakarta-based pastry chef Iven Kawi says she made her first honest attempt at baking in December of 2013 when she made a batch of Christmas cookies for her daughter’s school. As you can see, things have progressed quite a bit. Kawi now runs a bakery shop out of her home in Lippo Karawaci called Iven Oven where she creates elaborately decorated baked goods. Among her specialties are cakes adorned with terrarium environments where buttercream frosting is sculpted into an abundance of cacti and flower petals atop beds of crumbly sand or dirt. You can follow more of her work on Instagram. (via My Modern Met) 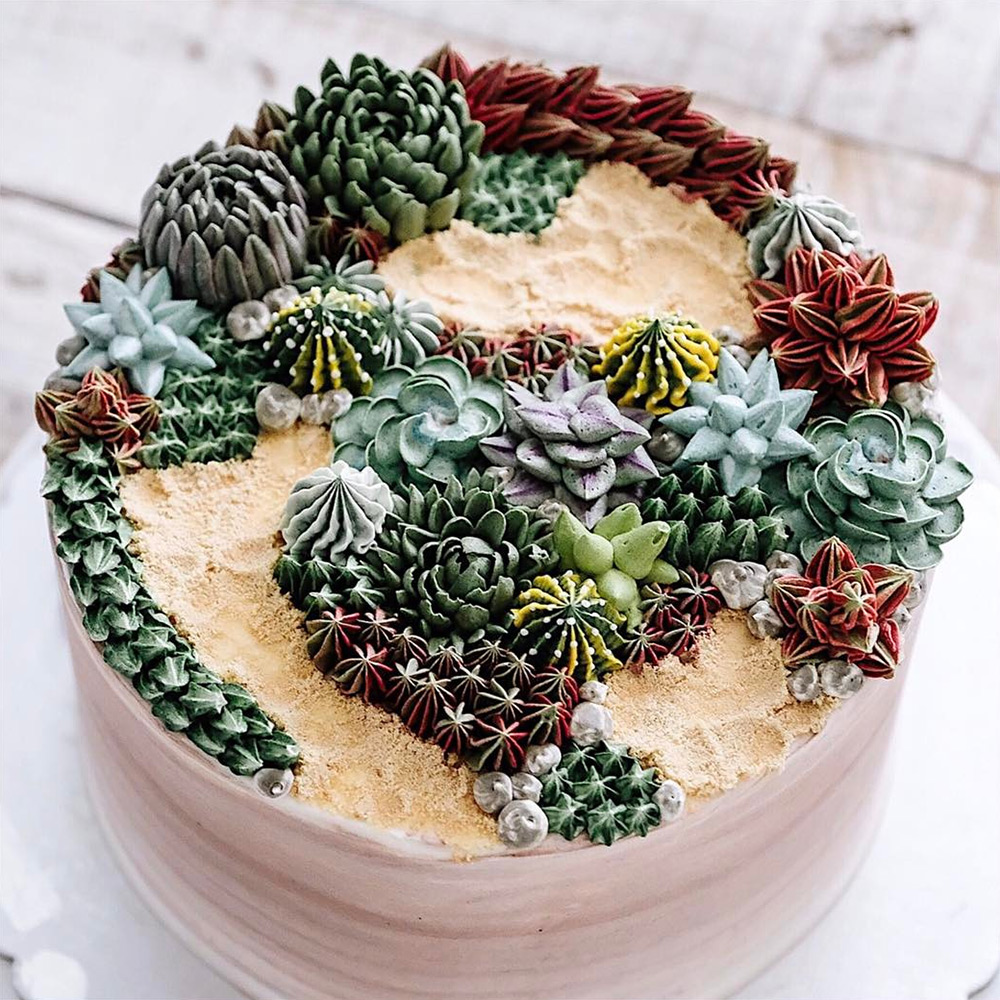 All images by Anne Liles Photography

A floral designer and gardner, Kim Fisher has moved the pleasures of garden creation indoors, producing vertical planters that decorate the wall rather than tabletop or window sill. These round, transparent planters surround the greenery inside with a simple aluminum frame, focusing attention on the air plants and succulents inside rather than a large or distracting pot.

Each planter is meant to be filled like a classic terrarium—rocks and moss creating the foundation of the minimalist arrangements rather than dirt. Each hangs at 22 inches in diameter and remains light and easy to hang. A Colorful Canopy of Umbrellas Returns to the Streets of Agueda, Portugal Aaaaaand the umbrellas are back in Agueda, Portugal. Although the installation doesn’t differ much from last year, the colors have changed a bit for this year’s Agitagueda art festival. Photographer Patrícia Almeida captured some great shots this year, many more of which you can see here. (via bored panda)