Snake on a Train: A Long Exposure Photo of a Train Roaring through the Canadian Rockies After spending a week photographing various areas of the Canadian Rockies, photographer Brian Donovan decided he wanted to focus on getting some interesting train shots against the wintry backdrop. Dovan shares via email that over the course of two days he endured nearly 13 hours of sitting by the train tracks, where he saw only 6 trains coming from the wrong (less scenic) direction. As the weather rapidly changed from better to worse a final train came roaring around the bend. Donovan quickly setup and captured the engine as it neared and then adjusted for a long exposure of the boxcars rushing by. The train was loaded with several long segments of different colored boxcars, each giving the shot a unique feel, but the red boxcars instantly stood out, resulting in the amazing image you see here. You can follow Donovan over on 500px. 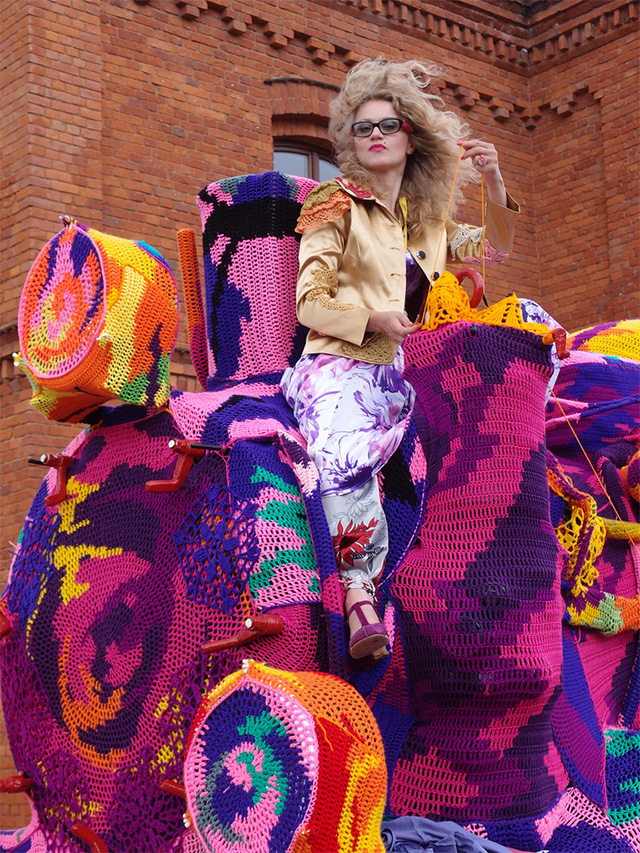 Textile artist Olek has just completed work on what may be her largest piece ever, a four-car locomotive covered in crocheted technicolor camo in Lodz, Poland. The artist didn’t even stop to change out of a costume she wore at the Animal Ball in London before jumping on a plane to meet four assistants who began a four-day assault on the large train that was completed on July 19th. You may remember Olek’s work from just over a year ago here on Colossal when she crocheted an entire alligator-themed playground in São Paulo. The locomotive will be on view through August 19th, and you can see more over on Hi-Fructose.