Visitors to the Panthéon in Paris earlier this month have been encountering an unusual sight. For about ten days in October, multi-disciplinary movement artist Yoann Bourgeois installed a rotating circular stairway with a discrete trampoline at its center, and a small cast of anonymously clothed dancers trudged up the steps, each one falling in succession onto the trampoline and seamlessly rebounding back on to the stairs.

The installation was strategically placed over the Panthéon’s Foucault Pendulum, which was devised by French physicist Léon Foucault and offers an easy-to-understand demonstration of Earth’s rotation. Commonly replicated at science museums around the world, the Panthéon’s pendulum has been the most well-known since its inception in 1851. According to co-producers Théâtre de la Ville, Bourgeois’s work is a meditation on Earth’s gravity.

Entitled ‘La mécanique de l’Histoire’ (The Mechanics of History), the performance is a part of the Monuments En Movement series at the Panthéon. Video by Tony Whitfield.

Bounce Below: A Giant Network of Trampolines Suspended in an Abandoned Welsh Slate Mine If you’re afraid of heights, caves, the dark, suffer from claustrophobia or vertigo, this might not be for you, but if not, a small Welsh town has the perfect subterranean adventure for you: the world’s largest underground trampoline. Just unveiled in Blaenau Ffestiniog, North Wales, Bounce Below is a network of trampolines and slides mounted to the walls of an abandoned slate mine at heights of 20 feet to 180 feet off the ground. Visitors are welcome to climb, bounce, slide, and jump in the netting amidst a technicolor light show. 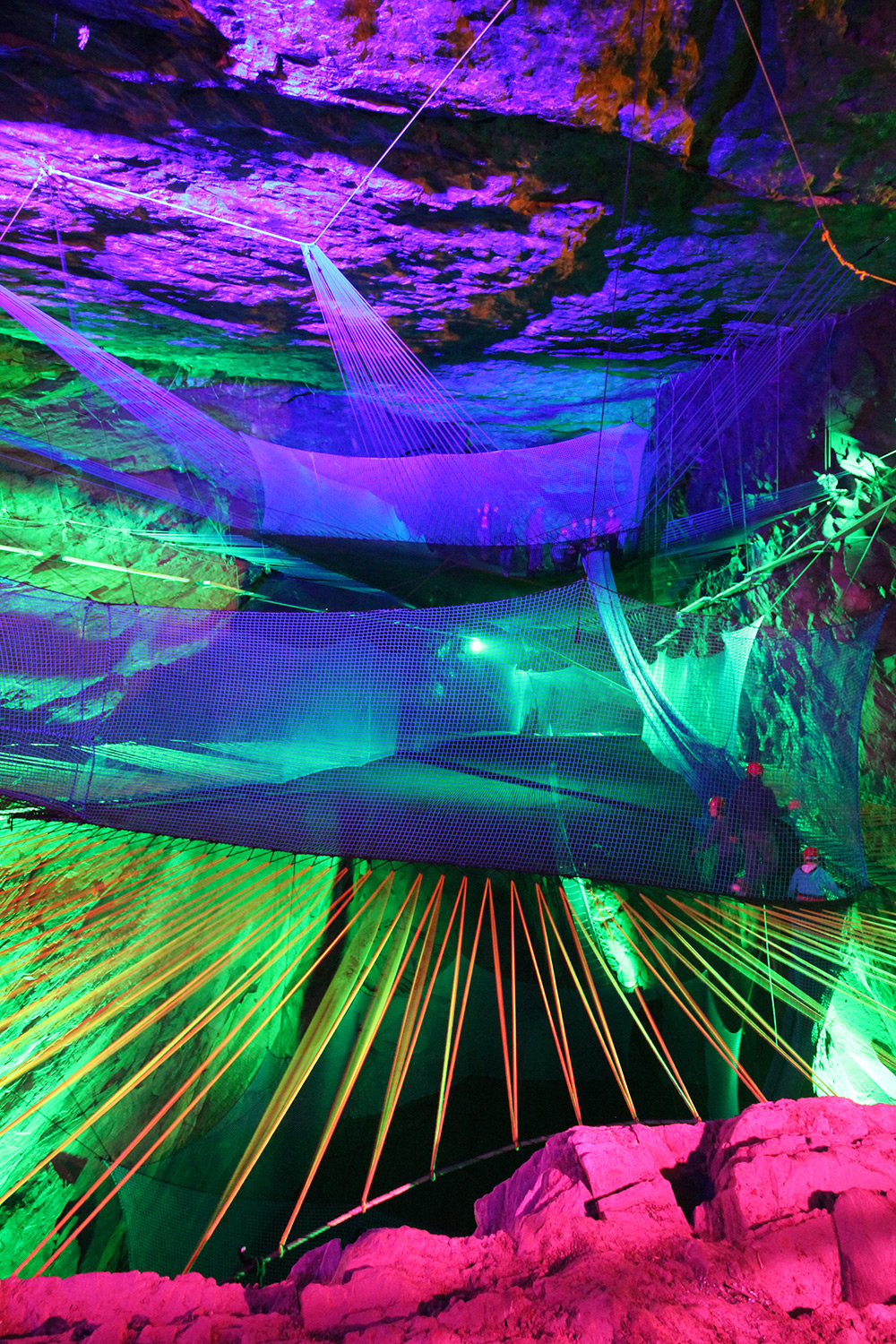