Subtractive Street Art by Pejac on the Streets of Spain 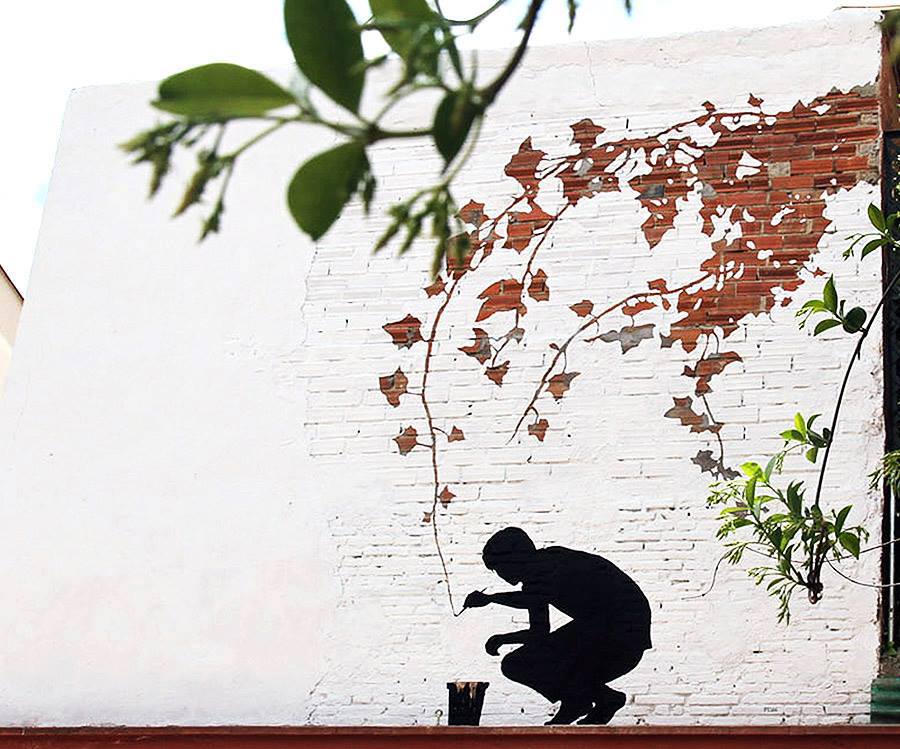 Really digging this subtractive piece by Pejac. You can see much more of this piece as well as an archive of earlier works on his website. (via street art utopia) Created by designer Benjamin Graindorge, FallenTree is a minimalist bench made from little more than a slab of glass and a carefully carved oak tree. Graindorge chose to leave the orignal branches from the tree intact as support on one end of the bench as reminder of the wood’s living origins. The piece is on display this week at Design Miami in Basel, Switzerland through YMER&MALTA gallery. (via my modern met)

A Chandelier that Projects Tree Shadows This remarkable chandelier from Hilden & Diaz projects a 360° shadow of trees and roots onto the walls surrounding it. Titled Forms in Nature the light was partly inspired by the drawings of Ernst Haeckel, the German biologist, naturalist, and philosopher (among other things) who is perhaps most famous for discovering thousands of new animal species and mapping them to a genealogical “tree of life”. Hilden & Diaz describe via their website that the shadows in their light are actually upside down:

Interestingly, the roots are those elements of the forest that are the most visible. Thereby the sculpture is not only mirrored, but also turned upside down in Hilden & Diaz’ artwork. […] The shadows engulfs the room and transforms the walls into unruly shadows of branches, bushes and gnarled trees. Mirrorings are thrown out upon the walls and ceilings and provide weak Rorschach-like hints of faces, life and flow of consciousness. Dimming the lights transforms the installation and one senses a weak fire burning deep in the center of the forest.

It appears the light is just a concept right now, but feel free to join the chorus of people begging for the real thing. (via caoine.org)

An Interactive Forest of Musical Lasers by Marshmallow Laser Feast 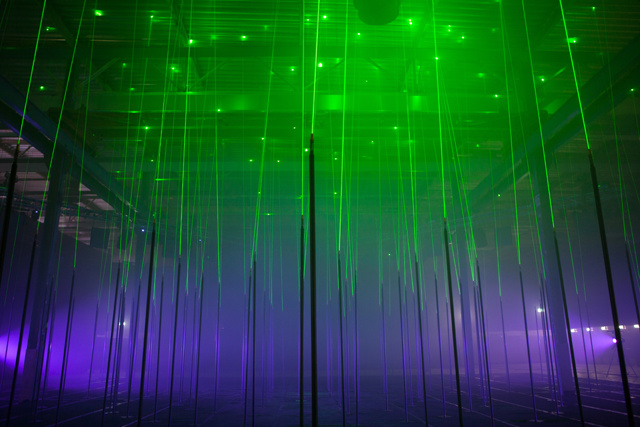 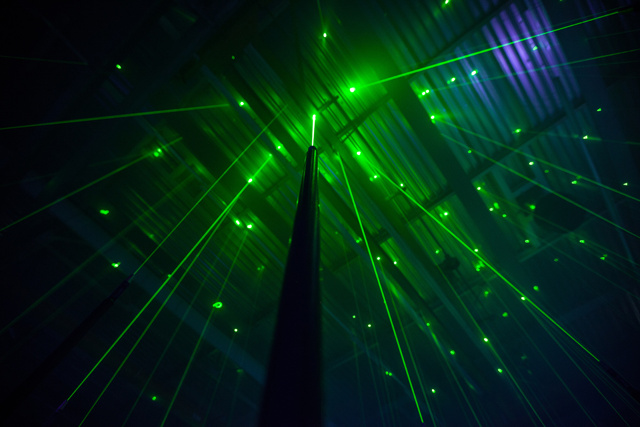 Laser Forest is the lastest creation from a creative studio known as Marshmallow Laser Feast comprised of Memo Akten, Robin McNicholas, and Barney Steel who have focused almost exclusively on creating interactive experiences over the past two years. This latest installation involves a forest of 150 interactive rods installed in an empty factory space that when touched trigger both light and audio cues, effectively creating a large interactive instrument. Laser Forest was commission for the STRP Biennale in Eindhoven last month, and you can learn much more about at the Creators Project. 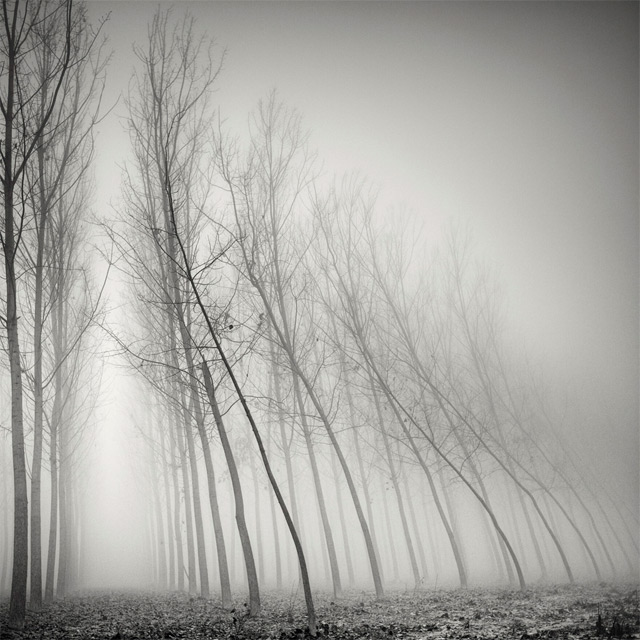 Swiss photographer Pierre Pellegrini shoots some phenomenal long-exposure photographs of trees. The strong perspective and foggy atmosphere seemingly ever-present in his work creates images that are both beautiful and eerie. You can see hundreds more of his images over on Art Limited and on his personal website.