Frozen Trees on the Shores of Lake Ontario Landscape photographer Timothy Corbin recently captured some stunning photos of ice-laden tress on the shore of Lake Ontario. It’s amazing is to see the evidence of what must have been hours of violent waves creating layers of ice that now hover over water or ice that’s now perfectly serene. You can see a couple more shots over on his Flickr stream. Design/illustration studio DKNG just released this gorgeous elk art print based on an earlier Dave Matthews Band tour print from last year. The four-color screen print is available in their shop in a limited edition of 300. (via this isn’t happiness) A Christmas Tree Made from 5,000 Donated Ceramic Dishes and Cups in Belgium 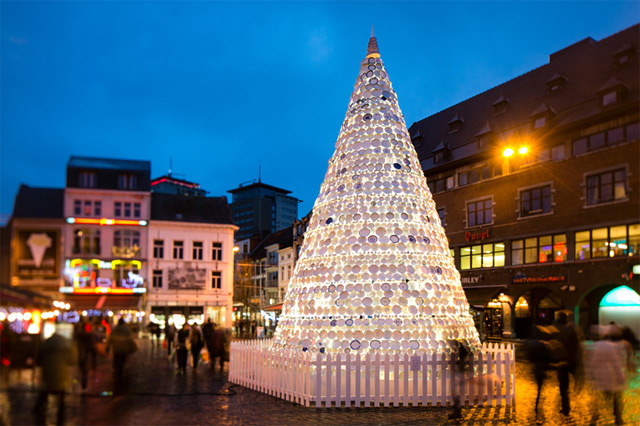 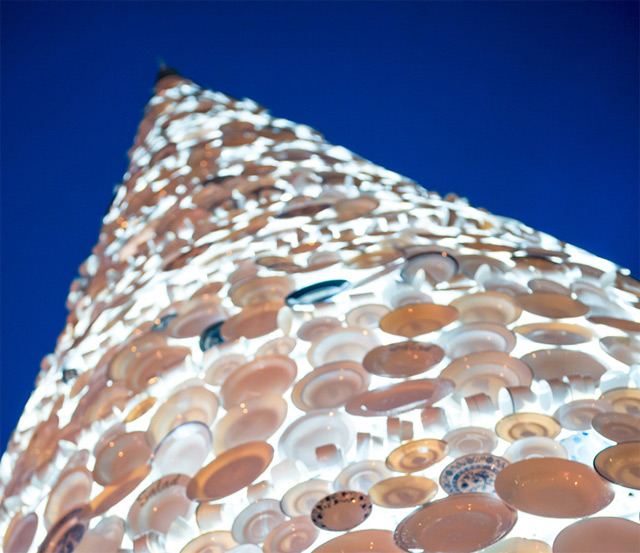 I’m a huge fan of alternative Christmas trees in urban centers, from last year’s plastic bottle tree in Lithuania to the abstract tree currently up in Brussels, any idea seems better than heading out to the local forest and hacking down a pine tree older than my grandparents. This year in Hasselt, Belgium a pair from the design firm Mooz created this concept of an enormous tree covered in 5,000 pieces of ceramic donated from local residents. Called the “Taste Tree” the piece was meant to be a sort of communal celebration as residents were invited to contribute unused dishes to the tree that now stands nearly 30 ft. tall in Hassel’s main square. (via designboom)