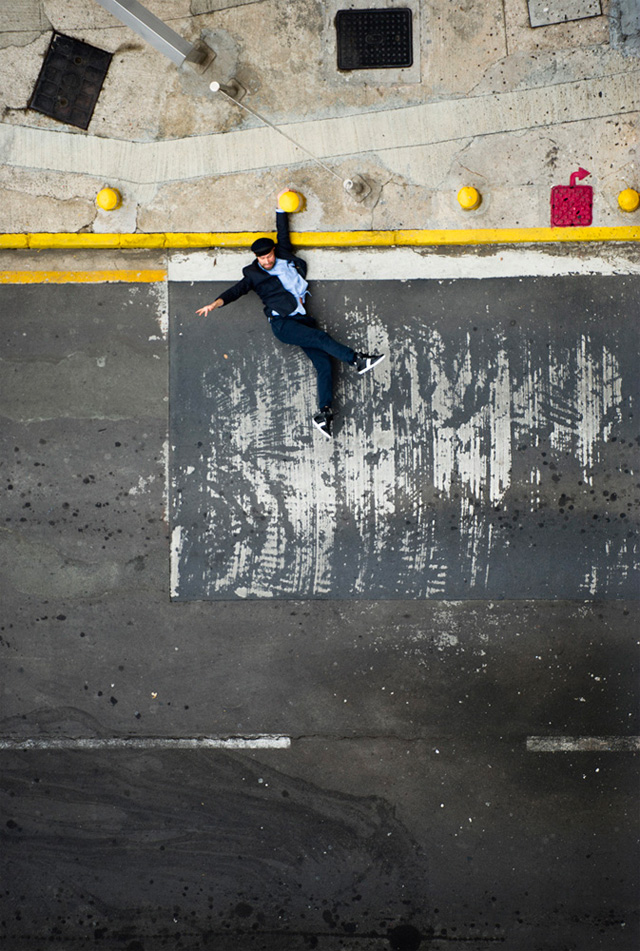 San Francisco-based artist Jeremy Mann executes these sublime, moody cityscapes using oil paints. To create each work he relies on a wide range of techniques including surface staining, the use of solvents to wipe away paint, and the application of broad, gritty marks with an ink brayer. The resulting paintings are dark and atmospheric, urban streets seemingly drenched in rain and mystery. Mann’s work is in no way limited to cityscapes, he also paints the human figure, still lifes, and landscapes. He currently has work at John Pence Gallery and you can see many more of his cityscapes here. (via my darkened eyes) Berlin-based art collective Mentalgassi just put up two new pieces (top two images) for Getxo Photo 2012, an annual photography festival in Spain. Mentalgassi is known for their use of large photographs pasted onto outdoor objects, most commonly the use of portraits. You can also follow them on Facebook. (via arrested motion)

EVOL (previously) just published photos of a fantastic new piece, a crumbling hunk of cement slabs that he’s converted into one of his trademark urban residences using spraypaint and stencils. I envy the people who discover his work in the wild without any knowledge of the artist. How fun would it be to stumble onto this?

Moscow-based filmmaker Sasha Aleksandrov captured this dramatic exterior paint job of what appears to be a cold-war era industrial plant. Aleksandrov shot everything by hand over a period of two months without the use of a steadicam or camera track slider&emmeaning he would move the camera and tripod every few feet, capture some footage, repeat 50 times, then used software to stabilize the final shots. The film takes what must have been a grueling physical process involving countless workers and makes it look almost fun.