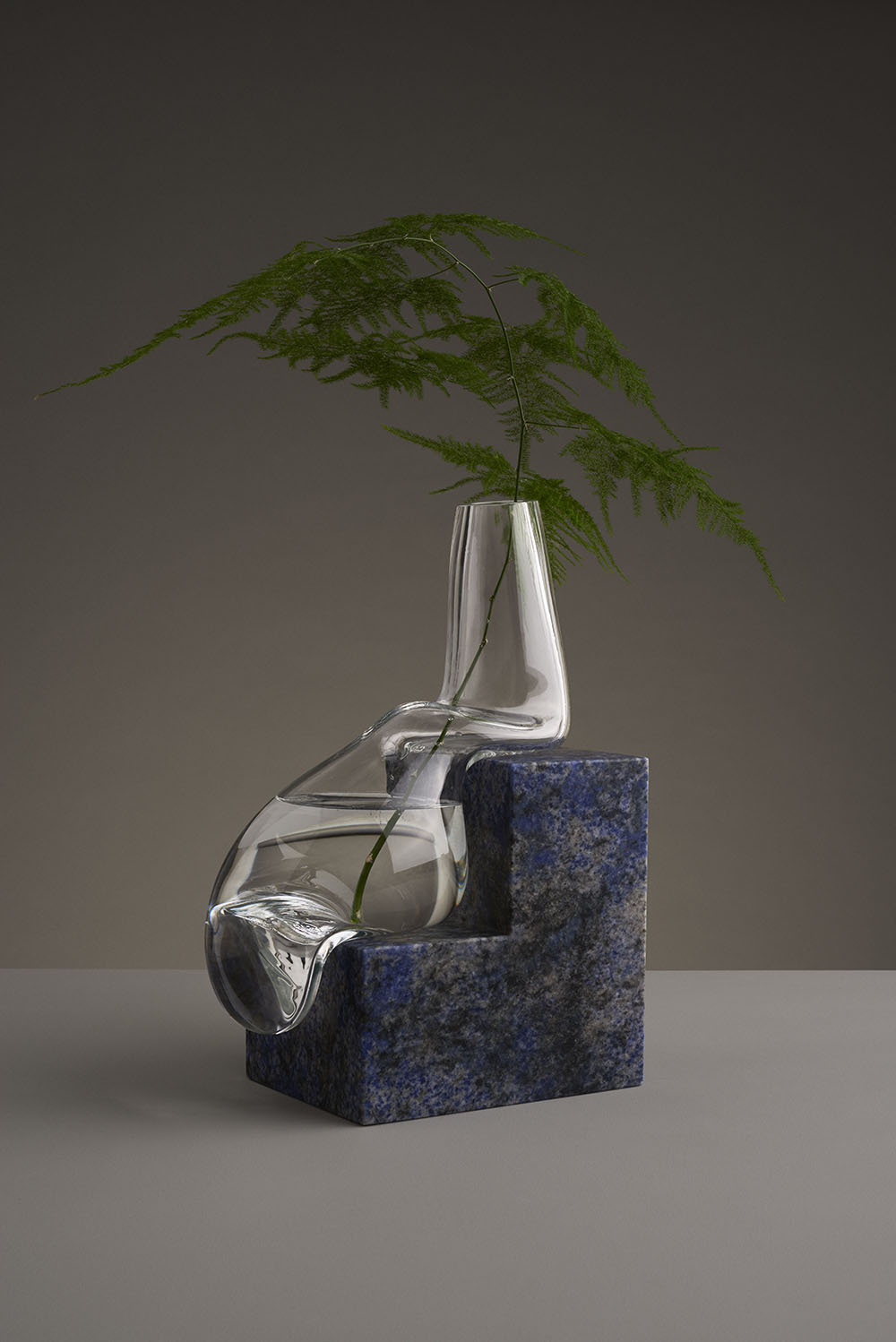 All photos by Gustav Almestål for Studio E.O

Indefinite Vases is a recent project by multidisciplinary design practice Studio E.O based in Stockholm. Working with handblown glass and cut stone, traditional vase forms are melted and cooled around sharp edges to create place-specific vessels. From their project statement:

The project is an exploration of the relationship between geometric and organic forms – transparent and opaque. Indefinite melting material interacts with definite angular forms and gravity determines the relationship in between. Indefinite Vases are sculptures or containers. Functional or decorative. The contrast between the cut stone and the form of the hand blown glass emphasizes the relation between space and object, an interplay between a fragile material and its solid counterpart.

At the time of production a limited number of vases were made available through Galerie kreo, and you can see many more photos on Studio E.O’s website. (via My Amp Goes to 11) 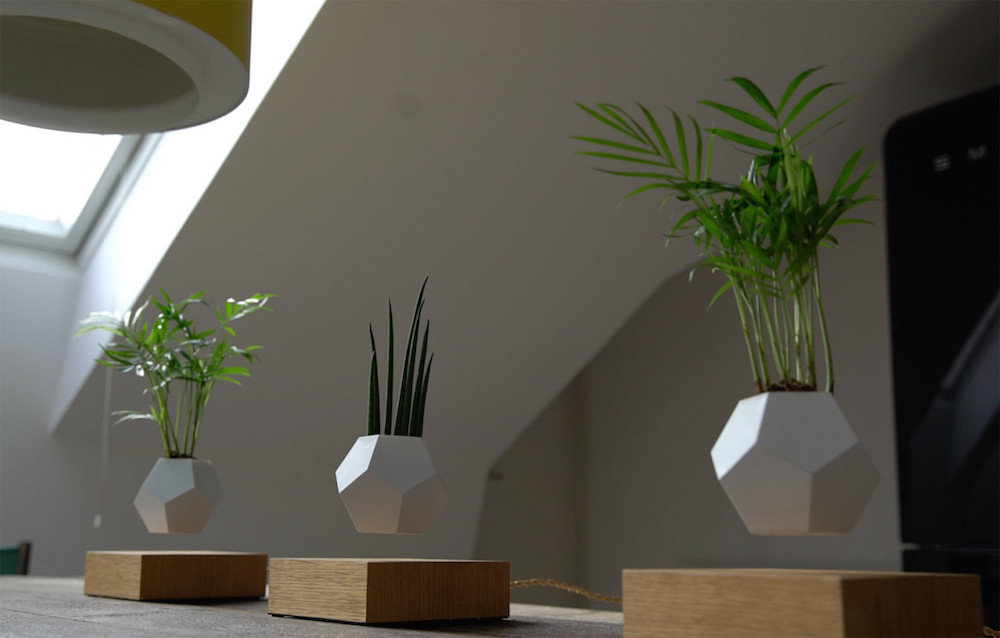 Ceramic Sculptures That Unravel Before Your Eyes Ceramicist Haejin Lee creates sculptures that seem to unravel before your eyes, ceramic forms that open and splay outwards to make vessels unusable and faces far more interesting. Utilizing minimal color Lee instead focuses on her shapeshifting creations, often incorporating human elements like eyes and mouths that sprout from the banded chaos.

The South Korean artist worked in her native country for 10 years before moving to Vancouver, BC two years ago. She is a graduate of Hong-Ik University in Korea, where she received a masters degree in ceramic art. Her studio in Vancouver focuses on functional tableware designs that are modern and simple, balancing her more abstractly formed works. You can see more of her tableware line and other works from her Canadian studio on her Instagram. (via Cross Connect Magazine) 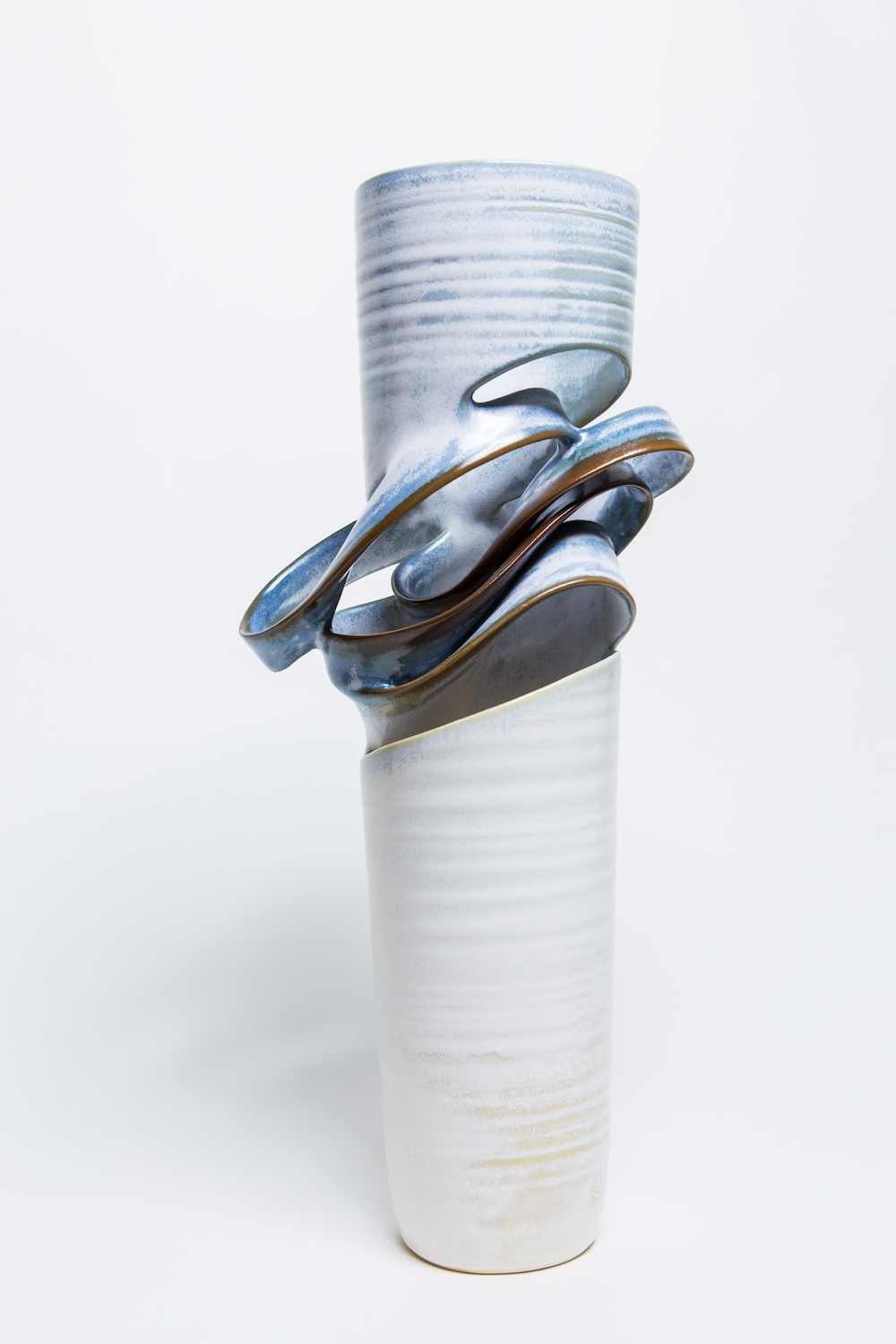